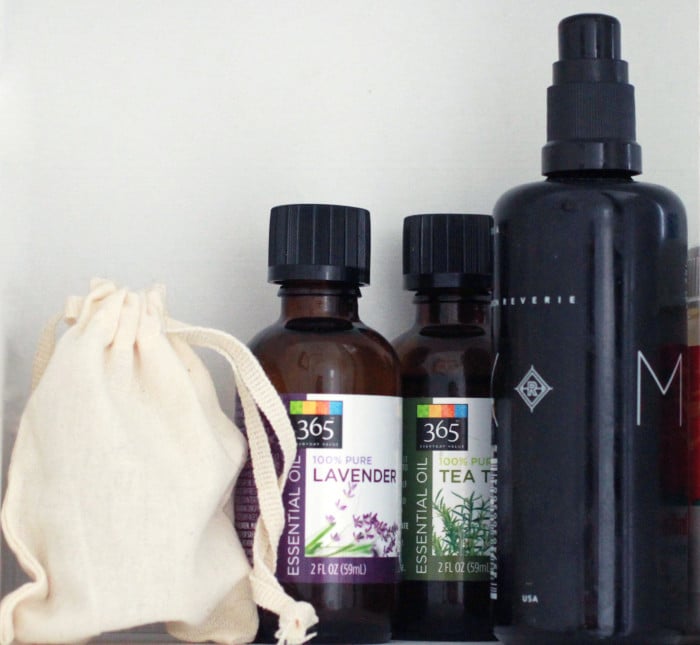 Oh, so you read that horrifying story about the beautiful, popular, gregarious young woman who almost died, but just ended up losing her leg from toxic shock syndrome? The alleged culprit: Kotex “Natural” Balance. (Yes, I put natural in quotes for a reason.)

I know. It’s terrifying. Especially when you consider that the symptoms – fever, rash, muscle aches, vomiting or diarrhea, confusion, low blood pressure – could be mistaken for the flu. Tampon boxes give a curt warning about toxic shock syndrome, so maybe she totally should have known? But in the story, even the doctors didn’t know why she was dying, until an infectious disease specialist asked if she had a tampon in.

Toxic shock syndrome as related to tampons happens when you have a specific strain of staph bacteria is present in your vag, which makes its way into the absorbent fibers of the tampon, multiplies, and produces a toxin that can eventually shut down your organs. About 20% of people have the bacteria on their skin or in their nose (you can also get TSS from packing your nose with cotton after a nosebleed, for example), but as per usual, we don’t know how many women have it in their vaginas. (Vaginas: so mysterious and icky that scientists never want to study them.)

Apologists like to say that toxic shock syndrome is relatively rare compared to the millions of women using tampons. As one doctor said in an article on The Cut, “Okay, don’t drive your car because you might get killed.” She’s got a point, actually: I don’t drive a car to work, because I have two alternatives: the subway and a bike. It’s too bad there aren’t easy alternatives to Kotex … OH WAIT, there are.

I’m gonna lay them out for you here:

This is my top recommendation. I wouldn’t say they have changed my life, but they have made my period a lot less annoying. Check it: A menstrual cup is a supremely comfortable, bell-shaped silicone cup. You fold it in half, push it up in there, and it pops open and creates a seal. A super seal. A “Oh, I forgot I had my period for 24 hours” seal. Nope, it never ever leaks. Nope, you don’t have to set an alarm on your phone to make sure you take it out after eight hours. No, it definitely doesn’t dry you out down there. How often you switch it out depends on how heavy your flow is, but you can just … tell when you’re ready to dump it. You get a sort of full feeling. You pull it out, and dump it in the toilet. If you’re at home, just rinse it and put it back in. If you’re in a public bathroom, give it a wipe with toilet paper and put it back in. At the end of your cycle, pop it in some boiling water to sterilize it. I’ll also sprinkle baking soda on there to deodorize it and de-stain it.

The side benefits are that you save a ton of money, and you create almost no biohazardous waste. I’ve had one for five years now, but they last for ten years. I have an extra one for my travel toiletry kit, which is a vast improvement over packing a box of tampons. You can even have sex with it in! Yes, I’ve forgotten I’ve had it in and that has happened. My boyfriend says he kind of feels it, but it’s not uncomfortable. So in essence, the only drawback is this: You have to be comfortable with touching your own vagina. It’s 2015, so hopefully that is something you can do.

You can order the Diva Cup online or get it at natural food stores. The Moon Cup is also great. I have both and I don’t recommend either over the other.

2. Use a natural tampon.

So, the idea of getting period blood on your fingers is a non-starter. Hopefully you’ll get over that, but in the meantime, there are better tampons than Kotex. True fact: Nobody except the tampon manufacturers know what’s in a tampon. It’s a secret. They only say that there is synthetic rayon in there, but this paper in the Yale Journal of Biology and Medicine asserts that unnatural materials that are in modern tampons create an ideal environment for the staph bacteria to flourish. Even if you are not worried about Toxic Shock syndrome, just the fact that the vagina walls are incredibly absorbent should make you pause about putting bleached tampons with man-made materials and unknown ingredients all up in there.

So go natural and for God’s sake, stay away from the high-absorbency tampons, which are the most likely to give you TSS. Try organic cotton tampons from Seventh Generation, or all-cotton tampons from Natracare. You should still switch them out every four to eight hours, but at least this way you don’t need to have a panic attack when you are reaching the 8-hour limit.

6 Crazy Things I Learned About Lube This Morning