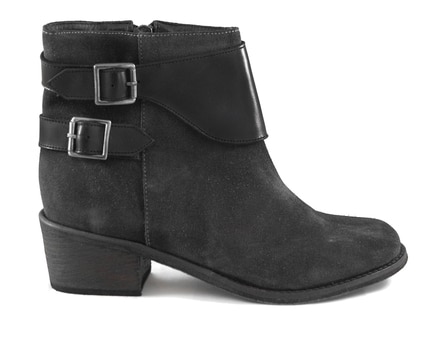 Evan Streusand is the founder of Fortress of Inca, a conscious shoe company that pays its Peruvian workers a fair wage and ensures they have safe working conditions.

When I set out to start Fortress of Inca in 2012, I didn’t pay much attention to environmental issues. I was just focused on trying to sell boots and shoes to retailers. It wasn’t until later that I started grappling with the realization that fashion is second only to the oil industry in terms of negative environmental impact.

In fact, founding a shoe company in Peru was an accident. I was there; I found a pair of boots in Cusco. I liked the boots, I came back to Texas where I live and friends of mine wanted some boots too. I went back to Peru, imported a bunch of them, sold them to friends and friends of friends, went back again to Peru, and decided to manufacture similar boots there.

Most people who want to make shoes and boots start in China. I didn’t and that has – to paraphrase Robert Frost – made all the difference. Peru is a country rich with natural resources, with a history of conflict and struggle that has transformed into prosperity and progress. The labor laws are strict, environmental regulations are for the most part followed, and prices are much higher than competitors who manufactured in China.

Instead of fighting it, we embraced it and launched Fortress of Inca as a brand that stood for worker’s rights and sustainable, handmade production. Another bonus is that Peru and its neighboring countries of Argentina and Chile have some of the nicest leather in the world, rubber, and excellent wood that we could use for women’s heels.

A brand that stands for something is bound to get noticed by people who care about the environment and sustainability. And a lot of people ask about whether we can truly call ourselves sustainable if we use leather. The answer is, yes, we can.

Most of our leather is sourced as a meat byproduct. If fashion ceased using leather to make products without people cutting their meat consumption at the same time, waste management centers would be unable to handle hides and meat byproducts, and the environmental impact would be nearly catastrophic. In 2014, the United Nations Industrial Development Organization issued a report called “The Future for Leather”, which stated: 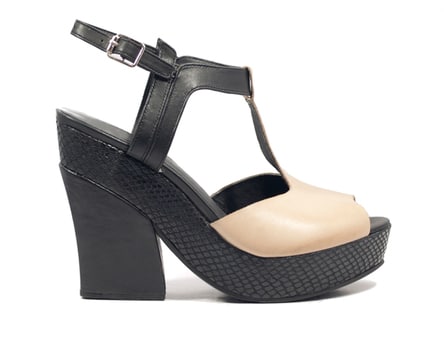 If the approximately nine to ten million tons of raw hides and skins as by-products of the meat industry (generated irrespective of the needs of the leather industry) is not processed into leather and subsequently into consumer goods, then it would remain as organic waste. This would be a significant problem – rotting, odor, volume/mass – to be handled or disposed of somehow. It is even claimed that the carbon footprint of disposal footpath would be greater than processing for the short and long term into leather.

If you want to eliminate organic waste, reasonably priced, well-made shoes that are both comfortable and stylish and therefore worn frequently will accomplish that goal.

The United Nation’s report also says that for specific purposes such as waterproofness, stability and support, sometimes man-made materials are superior to leather. I’ll concede that point. However, when it comes to durability and strength, leather is one of the finest natural materials available to shoemakers.

The shoes’ primary purpose is not to cover or accentuate the body, but carry the body. Of course you want to be stylish, but other than a small minority of people, most need shoes to travel middle to long distances. For this reason, I think of shoes as an intersection of architecture and fashion. And in architecture, the components you build into a structure are as important as the design.

The argument for so called “vegan leather” is problematic. It is often not has high quality or comfortable as leather. Companies like Melissa from Brazil, for example, are heralded by sustainable publications as great for the environment because they use MELFLEX, a trademarked plastic which is essentially the same as PVC and therefore not biodegradable. MELFLEX and similar plastics which claim to be “hypoallergenic and odorless and recyclable” are not, for the most part, comfortable. They do not breathe as leather does, they do not absorb odor, and so despite claiming to be odorless, they make your feet stink.

Time and again I’ve seen people with good intentions make claims that have made me consider whether leather was the best material we could be using in our shoes and boots. And, after carefully considering these other options, the reason we continue to use it is simple – we are not doing anything harmful to the planet in making shoes and boots from meat byproducts, we source our leather nearby to our manufacturing, and it yields the highest quality footwear.

Leather, it turns out, is the best option for us to use – for environmental, quality, and aesthetic reasons.