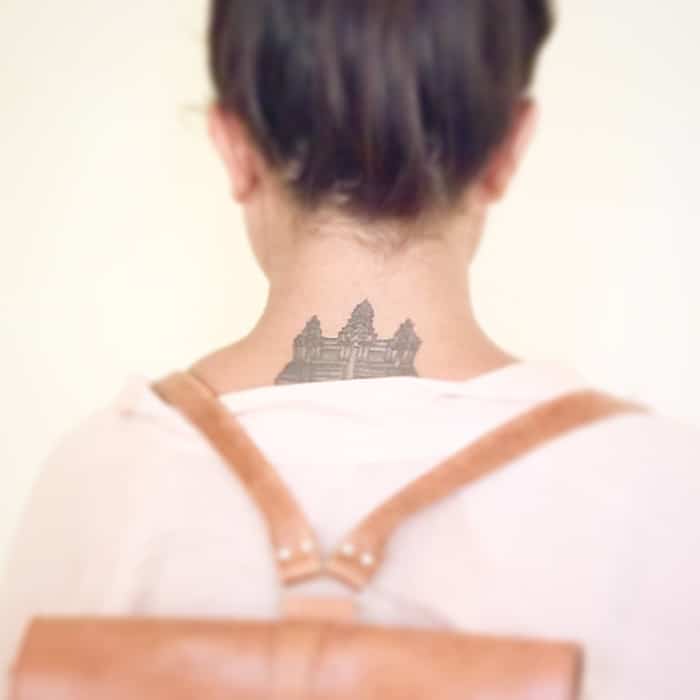 Tavie Meier is owner of MadeFAIR, an online ethical clothing shop based between her hometown, Denver Colorado and adopted town, Sihanoukville, Cambodia, where she’s lived and worked for the last three and a half years. Armed with a degree in anthropology from CU Boulder, she worked in the non-profit sector for ten years before founding MadeFAIR, a retailer which partners with ethical fashion labels, small businesses, and artisan workshops that ensure their employees receive fair wages plus use sustainable, repurposed, and biodegradable materials in their products as often as possible.

“For just 10 cents a day, you can help a child in need,” said Sally Struthers with an emaciated, brown child sitting on her hip. Cut to a group shot of more malnourished brown children with flies congregating around their eyes and mouths. “No child should go hungry. Find it in your heart to sponsor one.”

Those commercials gave my 8-year-old self unfamiliar pangs in my stomach and pulled at my tiny little heart strings. Now, as an adult, it’s Sarah Mclachlan’s ads for rescue animals. It’s always late, and I mournfully stare at the residue in the bottom of my wine glass, emotion is running high, so I pick up the phone. However, my credit card isn’t within reach, so I promptly hang up and turn on Netflix.

That feeling is called pity. It creates awareness of a problem – always sad and far away – but it’s not strong enough to make us take action. We convince ourselves that it’s not within our power to help, or our power is too limited to make a difference.

This strategy is prolific in ethical fashion. There are two types of buzzwords associated with our niche:

As MadeFAIR’s buyer, I prefer the first because they describe the products. I actively avoid companies who use the second because they reduce their makers to simple adjectives.

Ethical fashion is commonly – and erroneously – regarded as charity because it’s a solution to fast fashion, one of the main contributors to global poverty. 80% of humanity lives under $10 per day, due in part to complex and sinister socio-economic systems which ensure the West has access to cheap clothing. Ethical is not the fashion or any major industry’s default. It’s growing, yes, but 98% of clothing manufacturers exploit workers and/or create irreparable damage to the environment. Fair trade offers customers a choice on how to spend their money on products they’d buy anyway.

Pity and guilt come into play when ethical labels market the perceived tragedy in their employees’ backgrounds. I have seen countless businesses and charities march through Cambodia with both sinister and wonderful intentions, but who produce similar results that perpetuate poverty and harp on Cambodia’s past.

Here’s an example from an online store that works in Cambodia, with the URL www.BuyHerBagNotHerBody.com, a dire binary in which neither choice sounds appealing.

While it’s true that poverty is root cause of human trafficking, not all people living in poverty are at-risk of being trafficked. A study in the 2011 U.N. Inter-agency Project on Trafficking said that, at most, 1,058 prostitutes in Cambodia out of 2.7 million females living in poverty were trafficked and held in a brothel against their will – including 127 children, six of whom were under the age of 13. That’s .03% of the “at risk” population.* I’m not painting the image of “the happy hooker” or downplaying the abhorrence of the modern slave trade, but you can see that poverty does not immediately put someone at risk of human trafficking or prostitution as many companies imply. They could be at-risk of back-breaking agricultural work, or dangerous commutes to factories, but these scenarios boil down to the lack of better employment options.

Survivor is another buzzword ubiquitous in ethical fashion and offers a lot of leeway. A survivor of what? In Cambodia, anyone over the age of 35 is a genocide survivor, and anyone over 20 lived through a coup d’état and civil war, including people working in garment factories. Fundamentally, nothing differentiates a shirt labeled “Survivor-Made in Cambodia” with an H&M shirt labeled “Made in Cambodia.”

This subject is viscerally irritating to me because my mother came to the United States as a genocide survivor. Close friends, family, and pushy strangers know about our family’s history, but it’s a fact I don’t usually publicize on popular blogs. That’s because besides being a “survivor,” she is an expert seamstress, talented designer, international volunteer, and a hard-working mother of two strong-minded daughters. She never put “genocide survivor” on her resume. 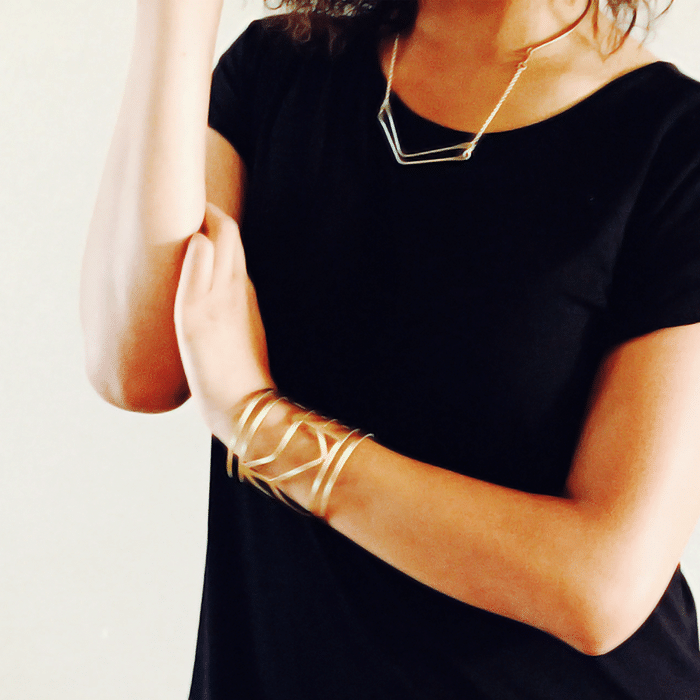 The most damaging aspect of pity is how it perpetuates a colonial dichotomy between maker and buyer. The makers are from the “Third World” or “developing” nation, while the buyer is from the “First World” or “developed” nation. Those terms are outdated and create a hierarchy that turns the West into the paragon of society who can force its values on other countries. Framing a marketing campaign around adversity exploits the maker and manipulates the buyer. Pity solicits a knee-jerk response that may work once, but isn’t sustainable if a business wants to retain customers.

I want MadeFAIR to be different, keeping stories of survival at bay and focusing on moving forward rather than calling on people’s tragic backgrounds for marketing purposes. We’ll never call an artisan a “survivor,” “at-risk,” or “underprivileged.” They’re seamstresses, craftsmen, and business owners.

This scarf was hand-loomed in rural Takeo by elderly survivors of the Khmer rouge who lost their families to the genocide and their land to factory development.

This season-defying scarf was meticulously hand-loomed by expert craftswomen in Takeo, a province renowned for their exquisite silk weaving and hand-dying technique, ensuring each piece is one-of-a-kind. 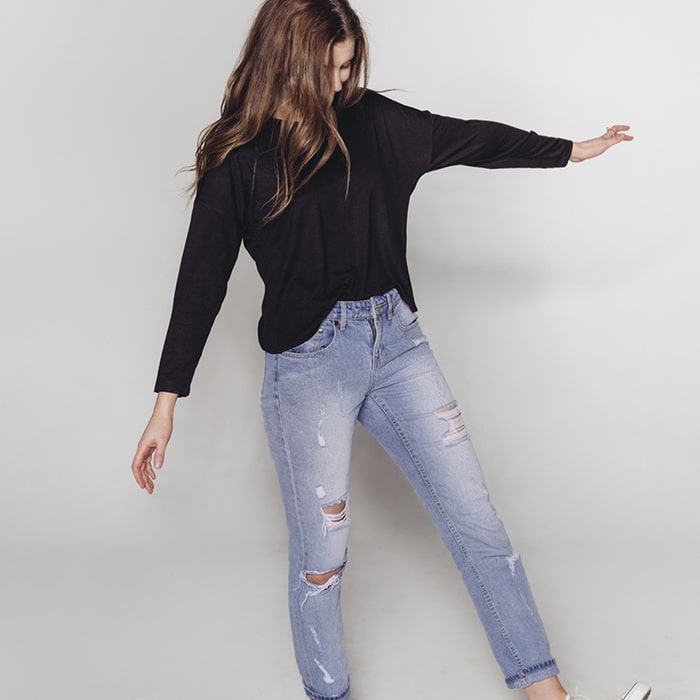 Alden succinctly worded what ethical fashion should be in her policy on free stuff: “beautiful, useful, sustainably made, and ethically produced.” We are not charities. We’re selling products, not causes. Ethical fashion is long-term capitalism at its best. We gainfully and rightfully employ people with the skills to make desirable products. Customers will know our ethical values the first time they buy, but repeat customers appear when our products outstanding quality.

When the revolution happens, it will be due to innovation and creativity. There’s limited space in our brains for an exhausting emotion like pity, and limited market space for the same bohemian bag made by a different set of survivors.

If we’re to compete with thoughtless fast fashion, our energy needs to focus on building alternatives that can replace cheap, throwaway clothing. As the revolution takes hold of the industry and more workers are fairly compensated, their “tragic” histories will be replaced by a bright new story, and the companies who rely on those tragedies will be lost as well.

Warped but not Weird: How Erin Schrode Promotes the Sustainable Lifestyle

Sustainable Apartment Renovation: From a Drab to Charming Hallway