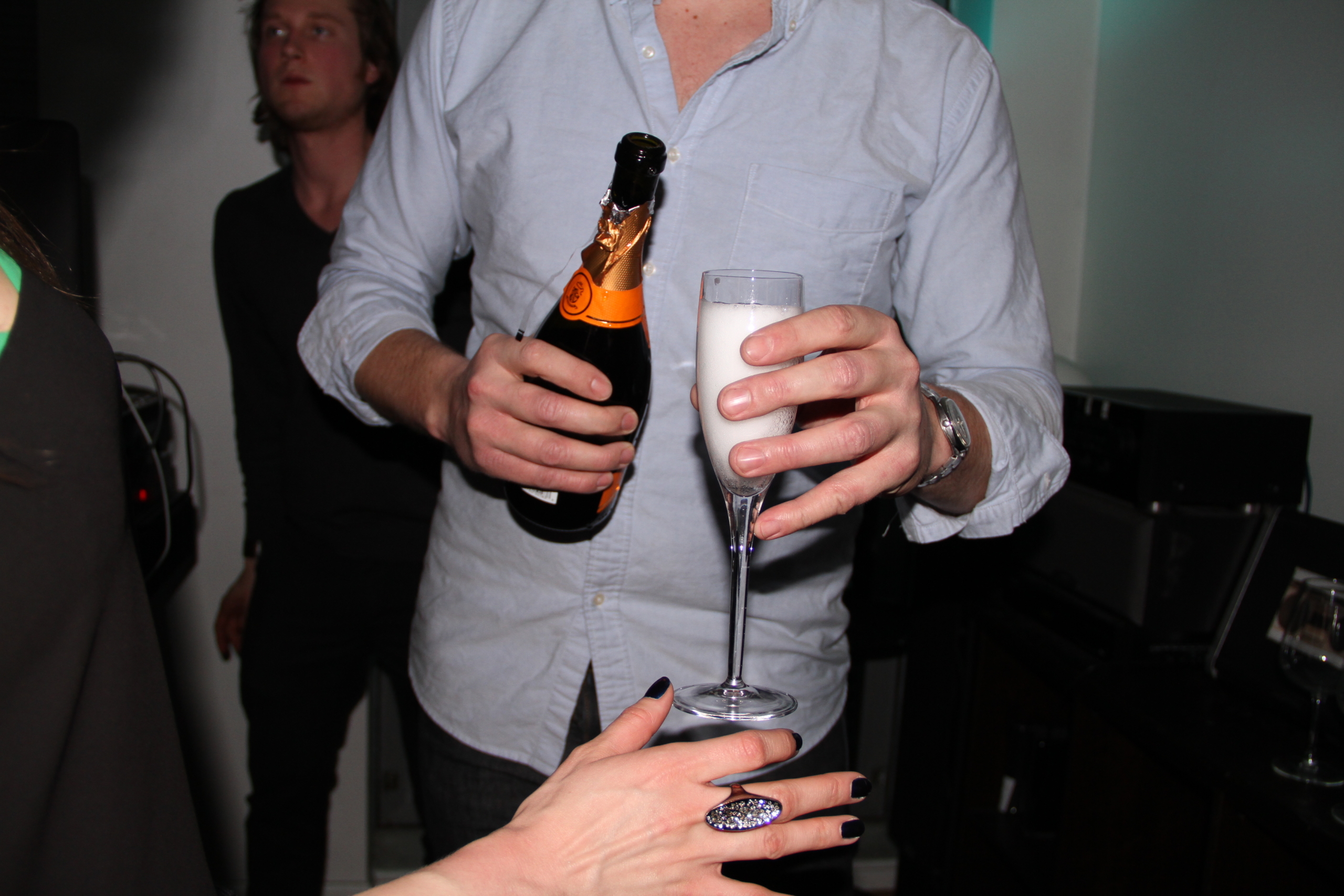 Up until a few months ago, I was one of those people who was like, “Nah, I don’t care about the lottery.”

But like many people (and probably you, admit it. Go on, say it!) I secretly harbored a little fantasy of $550 million falling into my lap. I had vague fantasies of fun times. Quitting my job! Traveling the world! Grabbing the first sales associate I see at Bergdorfs and making her day. “Hey, get your coworkers. I need helping spending a couple million on clothes.”

And then, I read this sad, sad story, of Jack Whittaker, whose lotto winning turned into robberies, strip club madness, his wife leaving him and even the death by overdose of his granddaughter. Yes, his winnings turned his granddaughter into, quite literally, a crackhead. If that’s not the opposite of happily ever after, I don’t know what is.

Of course, you read these stories of people living in trailer homes from West Virginia who suddenly strike it rich, and you think, Well, they have no idea what to do with that money. Me, I’m classy. I would be so much smarter. I would get a financial advisor, and donate to charity …

Maybe. Maybe not. Once I thought harder, I realized how utterly useless $550 million would be to me. Indulge me in this thought experiment:

Let’s say I win tonight. (Not likely, since I didn’t buy a ticket, but OK, for the sake of argument and fantasy.)

First, I need to get my butt on the phone to AT&T and change my number, the one I’ve had since 2002, so I don’t get hit up by every person I’ve ever met. And believe me, they will call. Not only because I won the lottery, but my name is so unique that literally every person who has “Alden” in their phone–from that dude I went on a date with junior  year of high school to the neighbor I met during the Sandy blackout–will be blowing up my phone, asking for money.

Next, I’ll need to shut down my Facebook. A crying shame, since I love that thing. I get my party invitations and keep up with my friends a remarkable amount via Facebook. You know, in a healthy way. But of course, I’ll be so popular, it won’t matter, right? Twitter will also be rendered useless. And blogging on this little blog seems silly now, not to mention sort of dangerous. If say I want to go to whatever event, people will show up, looking for me.

Let’s say, next, that I email my editor and give her two weeks notice. Bye bye! No more work! I wouldn’t actually want to to that, because I enjoy my job and value my career. If I didn’t, I would be working in something far more lucrative than editorial, believe me. But if I did quit …

I decide to head out, as usual, for Thursday happy hour and celebrate. I show up at Pianos, order a frozen margarita, hang out, cheer with all my friends … and when the check come, everyone holds their breath. I’m a millionaire! I can afford it, obviously. So I throw down my credit card. But honestly, you think anyone I’m with will ever want to pay for their own damn drinks ever again? No. They’re struggling to pay their credit cards on their own tiny salary, so it’s really crappy of me not pick up the check. More and more people start hanging out as the weekends pass, knowing they could get a free ride. I get pissy, because I’m not paying for Random Dude’s drink and, “Hey, I don’t even know him! Who invited him?!” and suddenly the mood is ruined.

Now I need to decide how to entertain myself with all that gobs of money. Vacation? Great! But first … hmm, I’ll want to go with someone. So I need to find someone who can take, I dunno, six weeks’ vacation, and travel to Thailand with me. That’s a hard sell. They probably won’t be able to afford it either, especially since I don’t roll with many rich people. So I would have to bank roll their trip. Now things are getting weird. On this trip I want to ride an elephant. Whatever friend I managed to find to go with me doesn’t. I tell her tough shit, I paid for you to come here! I want to ride, we ride. Now I’m turning into an entitled bitch.

I also want to hit up Saks like I’m a Kardashian. So I do, I outfit myself in Stella McCartney from head to toe, get a blow out, manicure and professional makeup done. And … where do I go all dressed up? All my friends are at work. So I go, by myself, to the Plaza Hotel because I guess that’s where rich people hang out, and drink a gin tonic by myself until some random guy picks me up. If I do meet up with my girl friends, they feel all awkward because I’m wearing $15,000 of clothing and beauty services, and they’re not. Now I feel bad, and I’m like, “Hey! Let’s go to the spa. On me!” But the friendship is kind of ruined now, because they feel beholden to me whenever I spend on them, but they can’t afford the things I can. I have to treat if I want to grab something at ABC Kitchen, which by the way, is getting very boring and not-so-special anymore. So I need to make new friends.

I’m not working now, so I’m bored and I have no reason not to party every night–which I do by throwing massive ragers in my penthouse apartment, which is in a semi-permanent state of being trashed to the extent that my two cleaning ladies can hardly keep up. I’m always hung over, I feel sort of worthless,  my life has ceased to have meaning and my dating life sucks because I’m convinced no guy likes me for me, he just wants to party all the time with me.

Does any of this sound like it’s fun to you? It doesn’t to me. And this isn’t just me being neurotic. The Atlantic ran a fascinating article a couple years ago that dove into the minds of the super wealthy. In short, they aren’t happy. These are people who are supposedly classy, who earned their wealth, who manage it wisely. But they fear everyone is after them for their money. So they only hang out with other wealthy people, who make them feel poor in comparison because their yacht is slightly bigger, or whatever. It’s a vicious cycle–a hamster wheel of net worth.

I don’t want to win the lottery because I’m actually really happy with my life right now, I enjoy my work, I like my friends and I want to continue to have goals to strive for.

But hey, good luck winning the lottery in 10 minutes. I’m sure it will solve allll your problems.

Do you agree? Tell me in the comments!