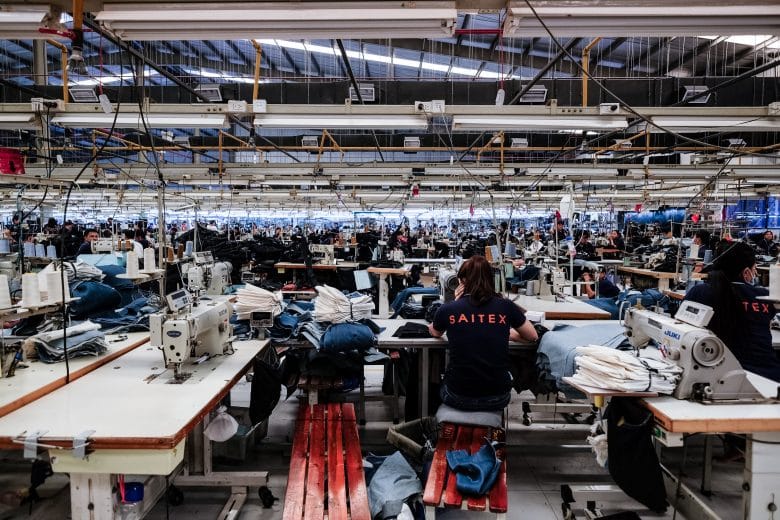 Hello from Hanoi, Vietnam! I wanted to come here to find out what Vietnam is doing right when it comes to fashion manufacturing –– check out my stories for a tour of an eco-friendly denim factory. There is something about this country that is different. I have theories, but I’m still exploring for now… in any case, you should put this country at the top of your to-visit list. We adore it.

This is our final stop on our international tour before we head back to the U.S. We are going to the West Coast to see my family, then to L.A. for an exciting potential partnership for me, then I’m going back to Phoenix to cover the zero waste Waste Management Phoenix Open golf tournament, and finally home to New York City!

Want to get coffee when I’m back? Actually, nope. I will be hunkered down in my wintery apartment going through all the material I’ve collected this year, which is a lot! I’ll need some peace for a few weeks, for sure. Of course, whether NYC will let me have a minute to myself… that’s another question

Outerknown is advocating for a Preferential Tariffs for Benefit Fibers. This is genius. | Outerknown

Six in 10 people in Britain said they would spend up to 5 percent more on clothing if it meant garment workers were paid the so-called “fair living wage.” Would they actually, though? | Reuters

There’s a new ethical fashion store. Of course, I feel pretty conflicted about the fact that the founder thinks she’s the first person to ever create an ethical online fashion store. OK, girl. | The New York Times

And there are rumblings that consumers really are turning against fast fashion. | The Guardian

Maybe it’s because they’re too broke to buy a lot of stuff… even if it’s cheap. | Sourcing Journal

I’m not sure how accurate or biased this survey is (it’s by ThredUp), but it says one out of four women are pledging to ditch fast fashion in 2019. | Fashion Network

Speaking of….How to change without willpower. This article cites alcohol consumption, but I think this would apply to fast fashion as well! | The Cut by NY Mag

One worker died and others were injured in violent garment worker protests in Bangladesh. | Sourcing Journal

American airlines especially are so bad for the climate. | Vox

Joshua Tree and other national parks are being trashed during the shut down. | Vox

Is sunscreen a racist scam? This article really got me thinking and talking with my husband, a Latino who hardly ever wears sunscreen. Personally, I need sunscreen because I’m very pale and damaged my chest and arms when I was younger. But, this might change a bit how often I put on sunscreen. | Outside Online

The secret to beautiful skin is to be rich. | The Atlantic

The era of easy recycling may be coming to an end. (Thanks, China.) | Five Thirty-Eight

Maybe we should be like Taiwan on recycling. | Ensia

Actually, 95 percent of the world’s surface is impacted by humans now. | Axios

There was actually some good environmental news in 2018. | Medium

The Purpose Paradigm is actually just a huge scam. (This is like my “Conscious Consumerism Is a Lie” thing, but in business speak. | The Nation

A county that largely voted for Trump is now dealing with a rash of cancer and can’t get Trump’s EPA to care. | The New York Times

The Best Eco-Friendly and Ethical Phone, Laptop, and Tablet Cases to Protect Your Tech