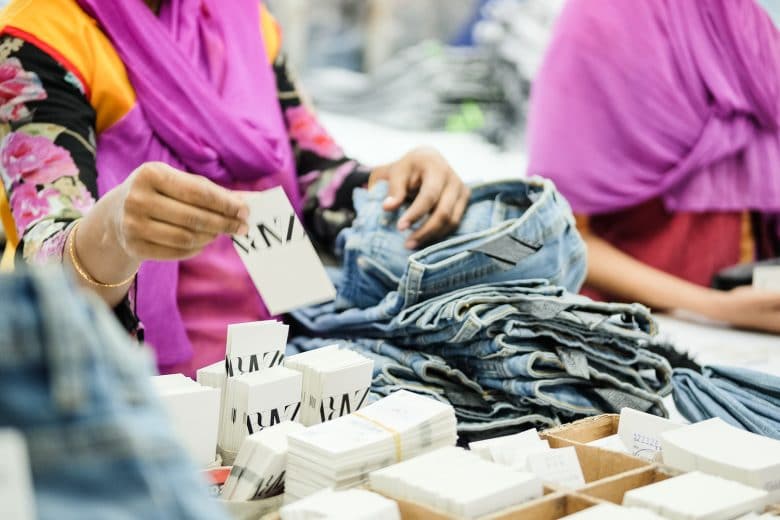 Last week Vanessa Friedman of The New York Times asked me why everyone keeps saying fashion is the second most polluting industry, when it’s not. And Amanda Brohman of CR Fashion Book asked me why luxury companies are dropping fur.I wrote for Vox about my feelings on the spare button that comes with some fashion purchases. Mainly, that it makes me feel inadequate. Finally, where are my Aussies at? I spoke with an Australian radio show about the situation in Bangladesh, and why the government is trying to kick out the Accord on Fire and Building Safety.

Also, famous ethical fashion podcaster Kestrel Jenkins has co-founded a new sustainable fashion brand called Left Edit! And it is so cute. After much indecision, I got the black Vera dress off of Kickstarter – hurry, it ends today!

H&M convened a summit exploring how to get garment worker wages up. It’s more complicated than just paying more.  | Reuters

African artisan fashion is on the rise. | Quartz

Will Trump’s tariffs move manufacturing back to the U.S.? Nope, to Cambodia, Bangladesh, and Vietnam. | The New York Times

A women ripped off a bikini design from a Brazilian artist, built a multi-million dollar empire, and then had the temerity to sue anyone who made a bikini similar to hers. | The New York Times

Silver-treated fabric could be a threat to marine life. | Sourcing Journal

One of my favorite editors and writers Connie Wang speaks about her ambivalence on the conversation around cultural appropriation she helped start. | Refinery29

Consumers are searching more and more for eco-friendly brands – thanks in part to Meghan Markle. | Forbes

College branded sportswear is being made by forced labor in Chinese concentration camps. | AP

There’s too much pressure on famous national parks in the U.S. – and it’s because of Instagram. | The Guardian

100% of baby sea turtles had plastic in their stomach. | PS Mag

A dead whale washed up in Indonesia with 6 kilograms (13 lbs) of plastic in its stomach. | BBC

Would a circular economy be a good economy for workers? | The Economist

How to encourage recycling in developing countries while transferring money to the poor. | Sourcing Journal