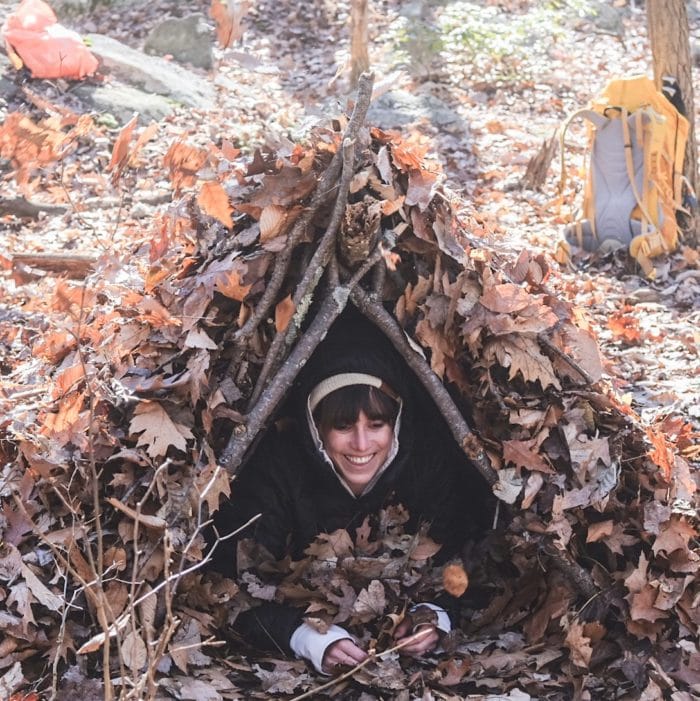 It’s tough out there for journalists, but I did have one bright spot this year, when I was asked to write a story for Craftsmanship Quarterly, a digital magazine about people making things and making them well. I settled on writing about how I don’t feel comfortable promoting vegan fashion as the solution to fashion’s issues. It was a great experience; the editor, Todd Oppenheimer, has been published in the New Yorker, and plowed all of his skills into making my story the best it could be. I also was paid fairly for my work, and I’ll be writing more for the magazine on other topics related to sustainable fashion. Anyway, if you enjoyed that story, they are running a donation drive that enters you to win a prize from a master craftsman. Your donation helps support both good journalism and the art of making things.

Last week I also was on a digital panel by the Ellen MacArthur Foundation, about fashion waste. I learned some things from my co-panelist, Adam Hall, Head of Sustainability at Surfdom, I think you’ll find it interesting!

Is “Made in America” dead? Maybe not. | Business of Fashion

Aaaaaand, American Apparel is cut from my list. | The Guardian

A new farm bill has been proposed that is uh-mazing. Read up and get to know it. | Civil Eats

As much as I enjoy the simple fact that golf courses are closing, it gets even better when you realize they’re being turned into nature preserves! | Ensia

I really should stop traveling. But I don’t know how. | Washington Post

Have you ever tried to decline an airplane napkin? It’s hard. | The Atlantic

Could carbon dioxide removal save the world? | The New Yorker

How did we get to this point in our politics? I found this interview incredibly fascinating. | The Atlantic

President Trump’s proposed budget for funding the federal government for fiscal year 2018 includes deep cuts to many ocean programs as well as the elimination of the Marine Mammal Commission, which helps to protect marine mammals and their ocean ecosystems. Trump’s budget now goes to Congress, which will write the spending bills that determine next year’s federal budget. Tell your members of Congress: Oppose President Trump’s proposed budget.

Tell the 194 countries committed to the Paris Agreement that you’re still in.

On June 1, President Donald Trump announced that the United States would withdraw from the Paris Agreement on climate change. There is something you can do. Governors, mayors, businesses, investors, and universities across the country have started collaborating as never before to work toward the goals of the Paris Agreement. They’re still in, and we are, too. Add your name and tell the 194 counties committed to the Paris Agreement that you, too, are still in.

Ask Your House Member to Save Our Seas

Scientists estimate that more than 8 million metric tons of plastic is entering our ocean every year. If we don’t act now, there could be a pound of plastic for every three pounds of fish in the ocean within the next decade. The Save Our Seas Act (HR2748) is an important piece of legislation that’s critical in the global fight to tackle the ocean trash crisis. Recently, the Senate passed the Save Our Seas Act in a heartwarming display of bipartisan unity. Send an email today and ask your representatives to co-sponsor the Save Our Seas Act, HR2748.

Protect the Clean Power Plan from the Trump Administration

The Trump Administration is working to entirely eliminate the Clean Power Plan—America’s first-ever national limits on the carbon pollution spewing from our coal-fired power plants—in spite of the fact that large majorities of Americans in red and blue states alike support the Clean Power Plan and want swift action to implement and strengthen this vital safeguard, not tear it down. Tell Scott Pruitt: Revoking the Clean Power Plan is unacceptable.

America is facing an extinction crisis. Monarch butterflies alone have declined 95 percent in the last two decades, due to habitat loss and increased use of herbicides. To truly counter this loss, and to revitalize these magical creatures, we need to go to the source of the problem. Federal agencies are turning to states to lead conservation efforts and species management. Tell your governor to support much-needed conservation efforts.

The Multinational Species Conservation Funds, run by the US Fish and Wildlife Service, play an important role in helping to protect the planet’s remaining populations of elephants, rhinos, tigers, great apes and marine turtles. To help boost these funds, Congress created the Save Vanishing Species Semipostal Stamp — commonly referred to as the “Tiger Stamp” — which lets consumers support these wildlife conservation programs every time they send a letter. Since the Tiger Stamp went on sale in 2011, more than 35 million have been sold, raising over $3.7 million for international conservation at no cost to US taxpayers. This great program will expire later this year unless Congress acts to renew it. Ask your Members of Congress to cosponsor the Multinational Species Semipostal Stamp Reauthorization Act.

Why We're Leaving NYC to Travel the World for a Year

The Complete Sustainable, Ethical Holiday Gift Guide For Everyone On Your List!