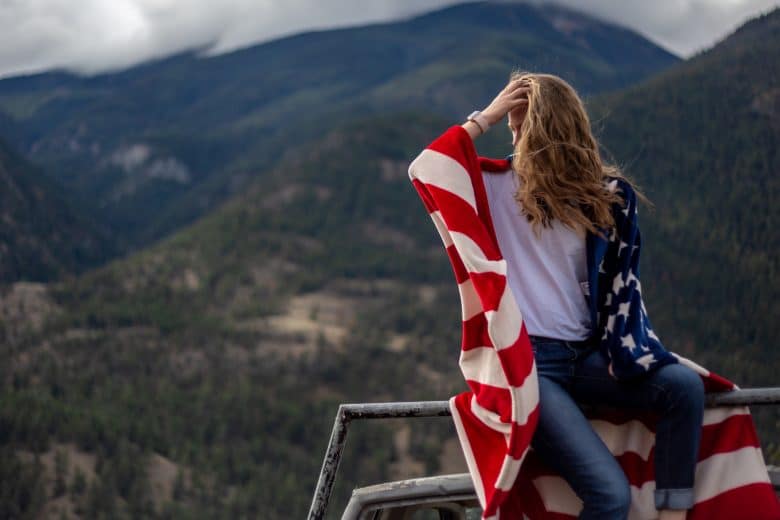 When I first started EcoCult, I had a real distaste for politics. But three things have changed my mind. First, I haven’t seen any evidence that taking an individual approach to improving the world and trying to convince people to be better consumers has yielded results. Second, I’ve seen the lasting damage that our current administration is doing to the environment.

Finally, in 2018 I traveled through a dozen countries s that are corrupt, autocratic, or otherwise broken, and I’ve come to appreciate the role of our well-functioning democratic government in protecting the environment. Funding for research, endangered species protection, and national parks are all determined by the government. Whether polluters and unscrupulous developers who build on fragile ecosystems are punished is a function of the government. Whether recycling is available and tap water is drinkable is a function of the government. I could go on and on, but the biggest crisis of our time, climate change, is all dependent on whether the U.S. government gets back on board with the Paris Climate Agreement.

The crazy part is that many environmentalists don’t bother voting! Whether out of apathy, cynicism, or a misguided belief that individual actions are more important than getting involved in politics, in the 2016 election, “only 50 percent of environmentalists voted in the 2016 presidential election, compared to 69 percent among all registered voters,” according to the Environmental Voter Project.

In the 2014 midterm elections, only 21 percent of environmentalists voted, compared to 44 percent among all registered voters. Low turnout poses an obvious problem in that it affects the outcome of close elections, but its true impact is far greater and longer lasting due to an often overlooked mainstay of modern politics: polls of “likely voters.” When environmentalists don’t vote, they aren’t considered “likely voters,” which means they won’t get called by pollsters. Consequently, environmental concerns have become under-represented in the electorate, leaving candidates, policymakers, and the media to focus on other issues.

Here’s how to make your vote count, then multiply it.

The deadline to register to vote in the 2018 midterms varies from state to state, but if you’re in Alaska, you need to register by October 7th. There are other deadlines the rest of the week. Some states let you register online, but others require you to do so in person or by mail. Here is the entire list of voter registration deadlines by state. And here’s how to check to see if you’re registered, if you’re don’t remember. 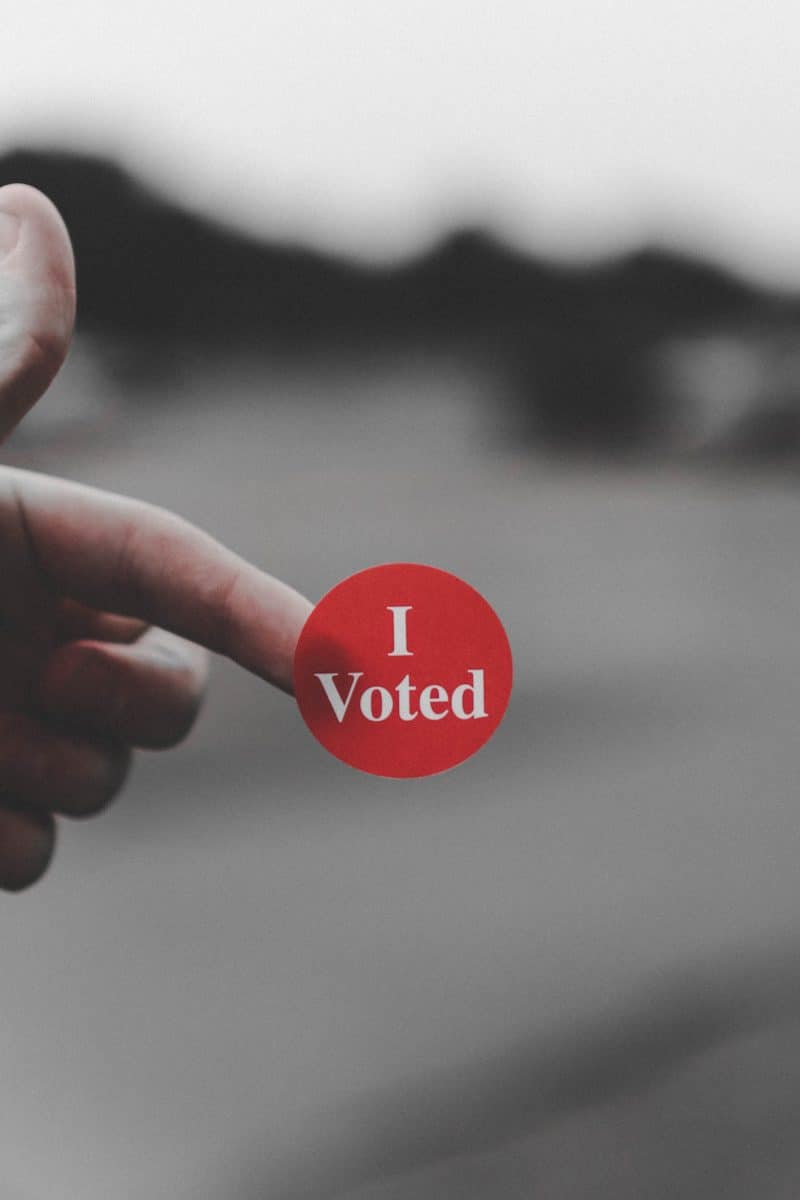 FYI: Most polling stations in the midterm elections across the country close at 7 pm! Click To Tweet

Then, block out some time to go vote, with multiple alerts on your phone and computer. Voting before work is way better than after work, by the way, because you’re tired after work (decision fatigue might lead to poor choices at the polls) and also it’s possible something will come up to keep you at the office until it’s too late.

Clear your calendar of any morning meetings. Also double-check to make ensure you have everything you need to vote in your state, such as a photo ID, utility bill, etc.

If you can’t go in person, check out Rock the Vote for instructions on how to cast an absentee ballot. Often absentee ballots are due before election day, so don’t procrastinate on this! (If you’re mailing in your ballot, put two stamps on there, just in case. )

3. Get to know your ballot.

Read up on local races, and any ballot measures. Punch your address into this website to see what’s on your ballot. Then research every candidate and measure on there. This is important especially as you get down to more local races, where you might not recognize names unless you’ve researched them beforehand, and low-profile ballots. (Here are the most high-profile ballot measures to watch.) Bonus points if you share your research in a Google doc with your friends who live near you.

4. Learn about local environmental issues that affect you.

Climate change is important — the most important issue of all — but politically it doesn’t poll so well as local and economic issues, even with all the droughts, hurricanes, and wildfires sweeping the country. So find out what the local eco issues are: is there a local factory that’s polluting your air or water? Would you like to get plastic bags banned? How nice would more connected and protected bike lanes and pedestrian paths be? Does the local river need cleaning up? Has your drinking water been tested recently? Is there sufficient green space for kids to play in? Does your city deserve better recycling and compost pick-up? All these quality-of-life eco issues can motivate your neighbors more than the far-off specter of climate change. Learn about them and talk to your neighbors about them. (The best way to do this, by the way, is by subscribing to your local newspaper.) Then, show up to debates and town halls and ask about them, and also ask about climate change!

Donate money or time to supporting the candidates. You can donate as little as $5 to a candidate, or go the lazy route and sign up to text strangers and ask them to go vote by visiting your favorite candidate’s website and clicking the Get Involved button. Or, if you don’t want to choose one candidate to support, donate to environmental organizations that support political candidates, like the League of Conservation Voters, or Sierra Club. You can also sign up for Swing Left, if you want to get involved in canvassing for a swing district near you.

6. Get all your left-leaning friends and family to vote.

The week before and/or the day before election day, post on Facebook and tag all your liberal and progressive friends. Drop it in your group texts. G-chat your colleagues, or post in your office’s Slack channel. Bring it up at the coffee machine and at lunch. Do not let one conversation go by without peer pressuring someone to go vote.

Set your alarm to get up early. Email your boss to tell them that you’re going to the polls before you start working, and you’ll let them know ASAP if the line is long and you anticipate being late to your desk. Voting is your priority today.

Read these instructions on what to do if you have trouble voting, before you go to the polls. (In short: if you can’t vote for whatever reason, ask for a provisional ballot.) And wear your I Voted sticker all day, complete with selfies posted all over social media.

Are you going to vote in the midterms? Comment below and say it loud and proud! 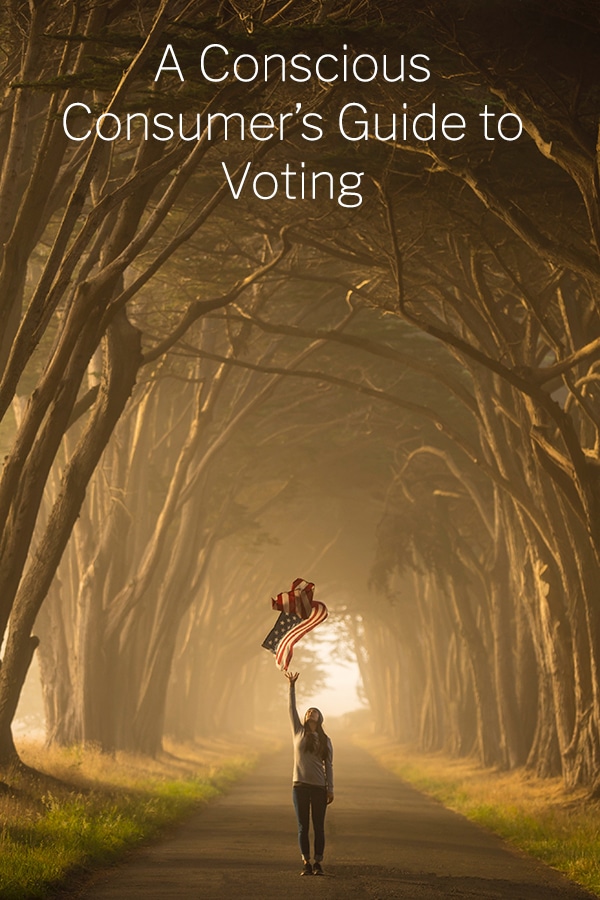 We Tested Out 7 Popular Eco-Friendly Yoga Mats, Here's What We Found