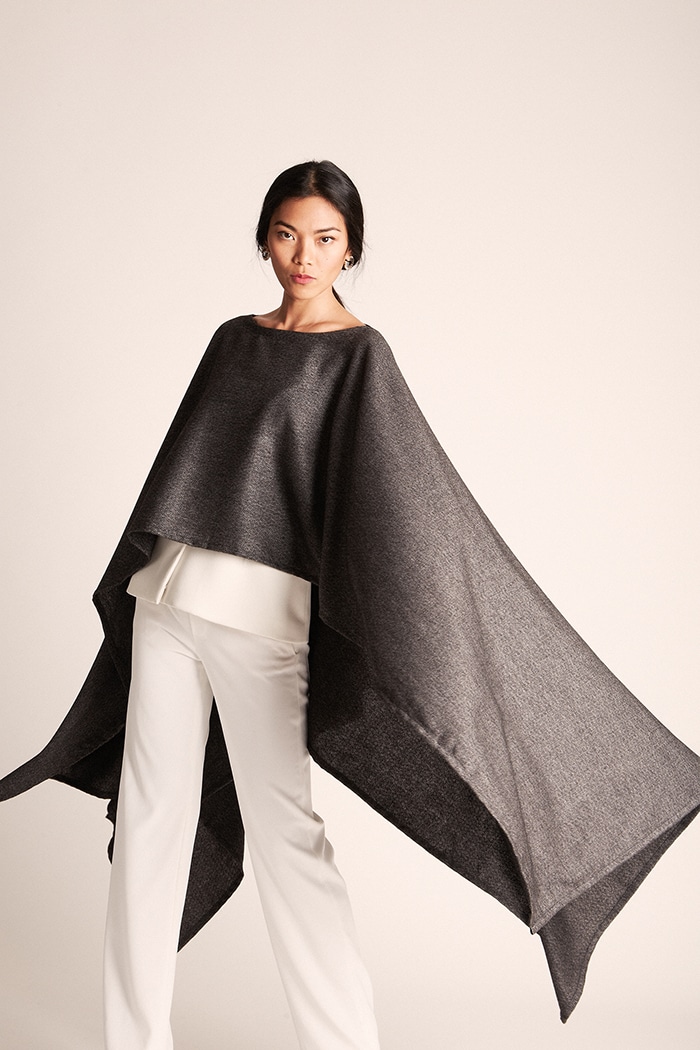 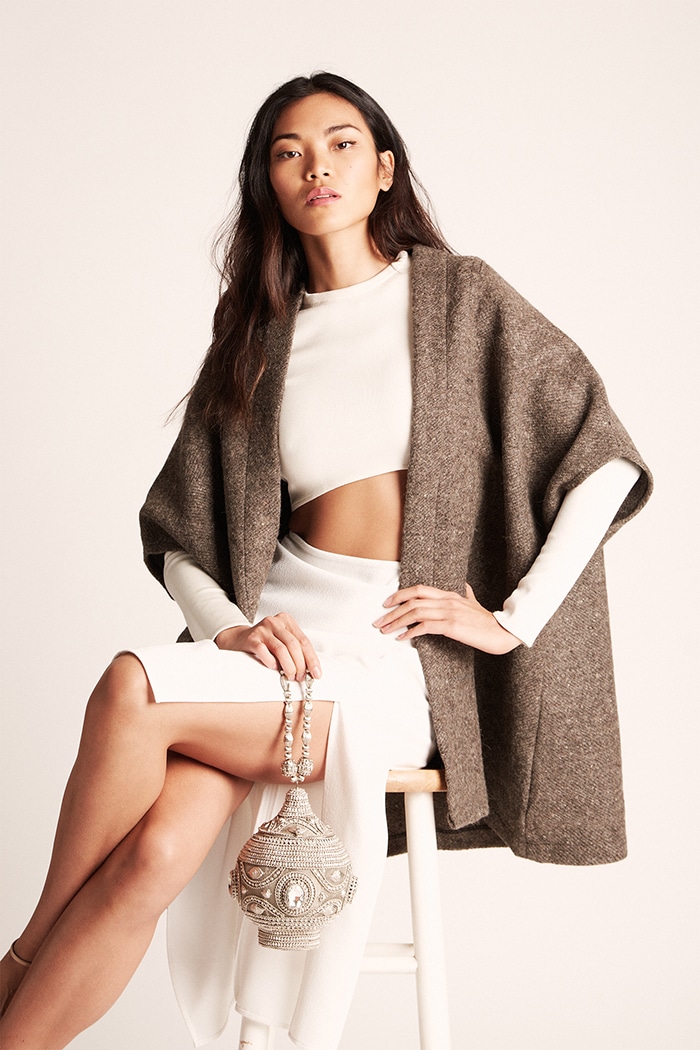 Take what you’ve heard about Pakistan and box it up and set it aside for a moment. Because there is also a beautiful side you haven’t seen. And Victoria Road wants to bring it to you.

But first, a story of two lady friends and their dream: Megan Brosterman had always wanted to work in development, but corporate finance was what she could find when she got out of law school. That’s where she met Shannon Grewer, who was her mentor at a corporate law firm in D.C. in 2006. They became fast friends and stayed close even after Brosterman moved to New York, with Grewer attending Brosterman’s wedding two years later.

I visited Brosterman in her pretty apartment in Tribeca this summer on her invitation, where she served me vegan cake on her coffee table while ringing Grewer on Skype. Her children’s art was hung gallery-style on wire inside a nice frame on the wall. Brosterman is slight and fair, with a nerdy girlishness and sincerity. Brosterman never found her way to development, and – giving into the reality of what life in a firm would entail – quit her job as a lawyer to raise her two kids.But she still wanted something to engage her, and cast around for what that might be.

Meanwhile, Grewer started working in the Middle East five years ago as general counsel for an infrastructure company out of Dubai. Much of her work takes her to Pakistan – she’s been to the country she estimates 70 times, five times just in the first year. “There was something about the country that drew me in,” she says. She attended Fashion Week in Pakistan with some new friends, “And was just absolutely blown away. Everything you’ve heard about the country – militants, fighting, war, and women’s oppression – then I went to this fashion show and I was sitting in the front row, and there were dresses coming down the runway that looked like something you would wear in New York City. It was an amazing anomaly. I was in this country working somedays without electricity, and at the same time there is this thriving fashion scene.” Grewer told me all this by Skype as I sat on Brosterman’s couch. At one point the feed cut out – the power had gone out where she was. Brosterman filled me in some more while we waited for Grewer to call back.

Grewer became interested in the ethical fashion movement, visiting factories and learning how textiles are spun, dyed and stitched, and held a charity fashion show in NYC with designer Deepak Perwani to benefit flood victims in Pakistan. “I kept buying clothes when I was traveling, and then I would wear them in the U.S. and everybody commented on them,” Grewer says. “I would have my tailor tweak it a little bit, take it in on the sides, shorten it, close the seams, but it still retained that neckline arms.” 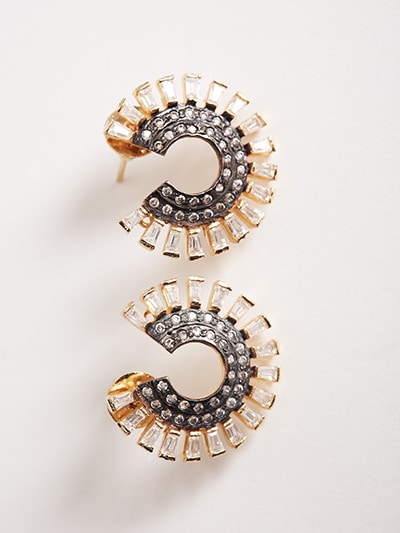 Inspired, she decided to make it official. When Grewer decided to start Victoria Road, Brosterman jumped in to be the NYC partner.

Victoria Road sells sophisticated Pakistani jewelry, accessories, and clothing. For their clothing, they take traditional textiles and embroidery, and tweaks the designs to make it attractive to the U.S. customer. “We like to take shapes that are accessible to the American woman – you can call it ‘Sophisticated Bohemian’ – but then all the embellishment is influenced by the culture,” Brosterman says.

“It’s a lot more than just buying their products,” Grewer says when we get her back on the line. “Initially I thought, I’ll just provide access to markets, and they can grow their business and everyone is going to win, and it’s going to lead to economic development. Yay! And it didn’t work. There’s lots of challenges when you’re working in markets like this. You have power outages, you have delays, you have material shortages. There are not a lot of established processes. Particularly when you’re working with cottage industries, they don’t have access to capital. They’ll do one collection, and hope they make enough money to do another collection.” 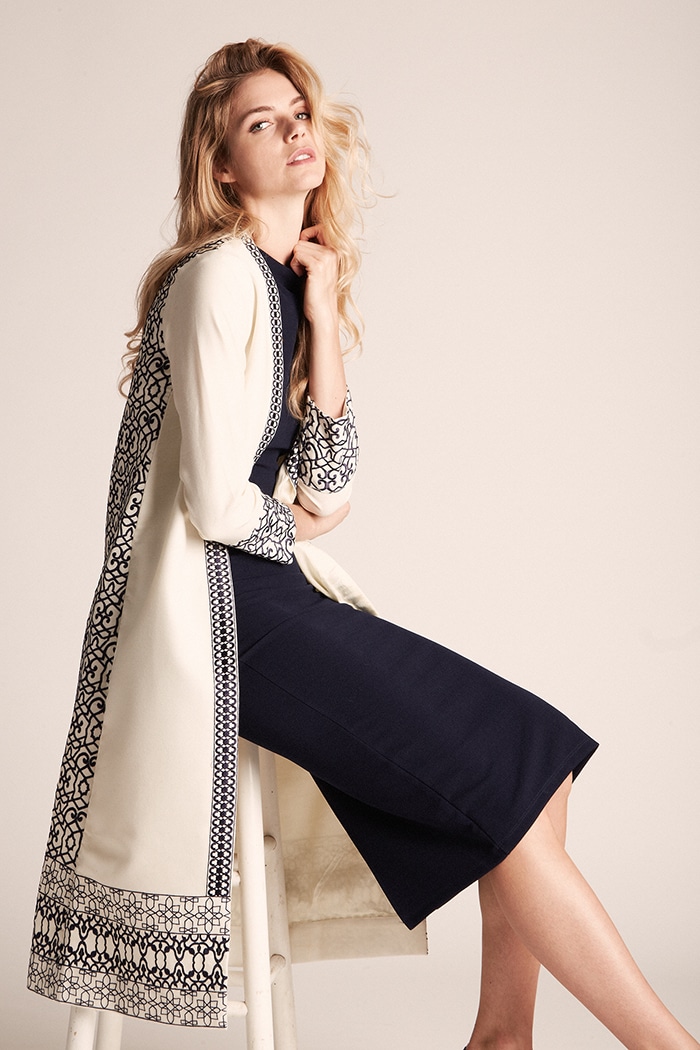 “We wanted to create a model where we were helping at all aspects of the supply chain, so we actually could scale it to a level where we would potentially be making 200 or 300 pieces. Which is still generally small in the context of the way that the garment industry works,” Grewer acknowledges. “But going from 20 to 300 I would definitely consider to be a win.”

They’re moving into wholesale this year, so they can start to scale up the production and have more of an impact. But it will take some handholding to get there. “We are a lot more patient than big stores. What distinguishes us is our desire to help them up to scale,” Brosterman says. Grewer finds women owned mills and other Pakistani businesses and then connects them with their designers so that they have the resources they need to design and produce beautiful collections.

The two friends balance each other out as partners. Grewer’s enthusiasm for traditional design is tempered by Brosterman’s research into what will sell in American markets. Grewer dreams big, and Brosterman executes. Grewer finds and connects artisans to business owners in Pakistan, Brosterman runs the website and keeps a presence in our fashion capital, NYC.

“We want to find things that are a little bit cool and a little bit different, and also will sell,” Grewer says. “A lot of times they say to me, ‘I can design whatever you want. Just give me a picture,'” Grewer says. “But if I wanted something I could buy in the United States, then I would just buy it in the States. Only two of them have been to the States, and some have never been outside of Pakistan. So they flip through the pages of Vogue and they look through online pictures, but it’s very difficult for them to design for a consumer they’ve never met. We try to bridge the gap for them. We tell them, ‘This picture in the magazine is great, but not everyone is 6′, 120 pounds. When you see something on the runway, that’s not what the whole collection is going to look like, it’s a little bit more stylized.’ We take their vision of what they think Western buyer wants, mix that with the fabrics they have available locally, incorporate traditional artisan techniques into the pieces, and also look at the general aesthetic of the clothing that is fashion in Pakistan.”

This season they have shown remarkable maturation, with a gorgeous fall collection by Pakistani designer Natalia Naveed. It features sophisticated separates in neutral colors and intricate but not overdone embroidery. To fund the collection, they have launched a Kickstarter campaign, and are aiming to raise $12,000. So if you would like to get your hands on one of these gorgeous wraps, jackets, shifts, or jewelry pieces, you’ll have to contribute.

That is what I would call an investment piece.