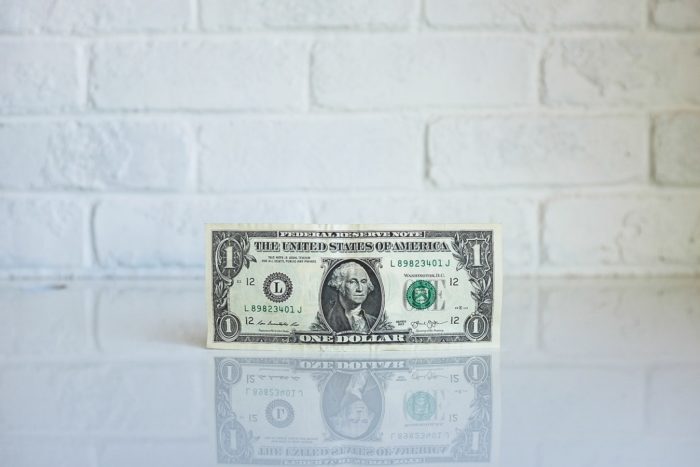 I should start this post by saying that it is not sponsored. No one paid me to write this. I have no relationship with the brand that I am about to recommend, except that of a purely satisfied customer.

You may not know this about me, but I used to be a full-time personal finance writer and editor. I still occasionally write about personal finance – it’s one of the branches of journalism that seems to do the most good for the biggest amount of people. And it seems like once a month somebody posts on Facebook ranting about the poor customer service they received at their big bank: crazy fees stacked on top of fees, long hold times on the phone, all sorts of frustrations that indicate the bank does not care about you as a customer.

There are also the scandals. HSBC had to pay $1 .9 billion for looking the other way while criminals from Mexico and elsewhere used it to launder drug money. Wells Fargo opened 3.5 million bogus accounts for its customers (mostly elderly and immigrant) in order to charge them fees. Before that, Wells Fargo was also accused of discriminating against its black and Hispanic customers, forcing them into subprime mortgages with higher interest rates and fees. In 2013, 15 banks were caught up in a scheme to rig the international markets. Those banks included Citigroup, Barclays, Deutsche Bank, JPMorgan Chase, and UBS.

On the environmental side, a movement developed at the beginning of this year to protest the Dakota Access Pipeline by “divesting” from banks that were helping to fund its construction. Really, divest isn’t the right word. That means that an institution has invested in the project. These banks are lenders. But quibbling over vocabulary aside, they are in fact helping bring a pipeline to fruition, which might – despite assurances that it is so safe – someday spill crude oil into natural habitats. Pipeline spills happen all the time, into formerly pristine wetlands that are difficult to clean up.

If you go to the website devoted to the divest movement, you’ll find a drop-down menu of 35 banks who are financially involved in the Dakota Access Pipeline. I took a look earlier this year, and it was with relief but also no surprise that I failed to find my bank on there.

If you’re looking for an alternative to your bank for any of the above reasons, there are a few options for you. You could use this tool to find a bank who is not invested in the pipeline. For New York, the search tool brings up Amalgamated Bank, which is actually devoted to progressive causes. But when I put in my hometown zip code, there isn’t anything within 25 miles.

You could also join a credit union. Credit unions are banks that are actually run like a co-op: they’re member owned, with profits going to members. Because of this, they aren’t incentivized to screw you over, so the interest rates on loans are low, and the fees are few and fair. The drawback to joining a credit union is that they often don’t have the latest in technology, which can be frustrating. Plus, it can be difficult to find one that will take you as a member, since they are often associated with a certain neighborhood or employer.

Why I Love Charles Schwab

Charles Schwab, my dear readers, is the shit.

I’ve been a customer of Schwab’s since I graduated from college. First, I was just a customer of their core service: the brokerage account. When they opened their online banking arm, I quickly moved my money to their Investor Checking. When I left my job and needed to roll over my retirement account, I opened my IRA with them. And when they started offering an American Express credit card earlier this year, I signed up.

I just adore Schwab so much. And it’s beyond simple customer satisfaction.

I’ve never seen an errant fee show up on my account. They don’t have minimums. My bank account is connected to my investment account, so if I overdraw, it just automatically pulls from there, without charging me a fee. If I need to transfer money from one to the other, it happens instantly. Because the bank is online only, they refund all your ATM fees at any ATM at all – so I’m not left wandering around the city looking for the right ATM. They also don’t charge any foreign transaction fees. So I only use my Schwab Visa debit card when I travel. That saves me around $50 per trip. I can also deposit my checks via their smartphone app.

(By the way, the famous personal finance guru Ramit Sethi is also a huge fan.)

On the brokerage side, they have some fun tools for managing your account. I log in once a year and use their  Portfolio Check-Up tool to make sure my investments are well-balanced according to my personal goals, and use their research tools to pick out new funds (mostly ETFs) when I need to. I got my husband into Schwab, too, when he started working at a small firm that didn’t offer retirement matching.

Schwab hires a diverse workforce, having been recognized for the commitment to LGBT hiring. And after six years of employment, employees get a four-week sabbatical in addition to their vacation time.

That commitment to their employees really shows in their customer service. I’ve been calling them up to get help with various things for a decade, and each and every interaction has been an utter delight. Someone answers immediately – there’s no attempt to funnel me into robot interactions and get me off the phone. They strike a balance between a friendly and professional demeanor.

When I am put on hold so they can go check something out (usually for only five minutes) they have this comforting recording that changes daily of a man talking about the latest stock news. I don’t really listen, because I’m not an active trader. And yet, hearing that same voice – it hasn’t changed in a decade – saying, “…ticker symbol TGT…” still makes me feel like a grownup who handles her business. Thanks for not playing elevator music or trying to sell me something, Schwab.

I’m trying to describe my deep love for Schwab. It’s like… when I interact with Schwab, I step into an older, more accomplished version of myself. I’m suddenly the kind of woman who is super successful, has lot of money to carefully invest, and deserves to be treated with respect by an investment advisor. That’s all just a fantasy, especially since Schwab is considered a “discount” brokerage, but I enjoy the feeling.

It’s also a wonderful feeling to watch a steady drumbeat of bank scandals year after year, and never see Schwab’s name among them. To know that they aren’t lending to unscrupulous energy companies, or collaborating to fix the international market, or screwing their customers out of money. I don’t know how a publicly traded brokerage firm does it – maybe because the founder is still a majority owner?

My sole frustration with Schwab as an online bank is that if I lose my wallet, I still haven’t figured out how to get my hands on cash while I wait for a new ATM card to be sent to me. That usually takes about three days.

There also was that one time when I went in to open my IRA account (I probably could have done it online, but I wanted to see someone face-to-face) and the advisor I talked to tried to convince me to let Schwab actively manage my portfolio for me. I asked him to bring up Schwab’s fund’s performance metrics and compare them to my metrics (which I had achieved by setting and forgetting my portfolio once a year and not freaking out about any downturns) and I saw that I was consistently beating their actively managed fund, and declined. He didn’t press the issue at all. (Also, I was onto something, as research showed a few years later that passive investing consistently outperforms active investing.)

So, yeah, I adore Charles Schwab and would recommend it to anyone who wants to be treated by respect, and wants their bank to be respectable.

You can open a checking account here; it comes with a brokerage account. Welcome to (ethical) adulthood.

The Ultimate Guide to Eco-Friendly and Healthy Laundry