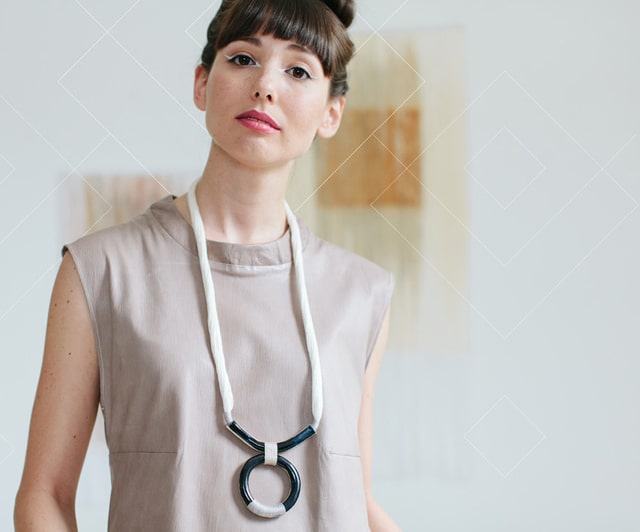 I’m not officially a contributor to Conscious Magazine! Check out my guide to July events in the city.

“MoMA PS1 is very interested in sustainability and new approaches for architecture. We were interested in saying, could we create a new material and a new ecosystem of design, manufacturing and construction … that pushed, that tested the limits of what sustainability could be?” – David Benjamin of the architecture firm The Living, on his project at MoMa PS1 created out of locally-sourced, mushroom-root bricks that can be composted at the end of the summer in this video by Vice. (The tower has been tested to withstand hurricane winds as well as partying, so go check it out at one of the MoMa PS1 Warmup parties.)

I love this project that lets you print out free shipping labels to send off your old, unwanted clothing to Goodwill.

Gamma Folk jewelry is perfect for a light and airy summer’s day outfit.

Much respect for this bike hack on how to wear a skirt while cycling without flashing everyone.

Could your beloved local farms be exploiting immigrant labor?

Watch out for the bulk section at Whole Foods, which has been found to be routinely overcharging customers.

If you find the Supreme Court’s decision allowing companies to refuse to cover women’s birth control offensive, (remember, sex is only for rich people!) then stay away from Eden Organic foods.

If this is all just too much for you, then make a drink with one of these natural cocktail mixer recipes from EcoSalon.

Or if you prefer caffeine to alcohol, this smashable, leak-proof, on-the-go coffee cup is genius. 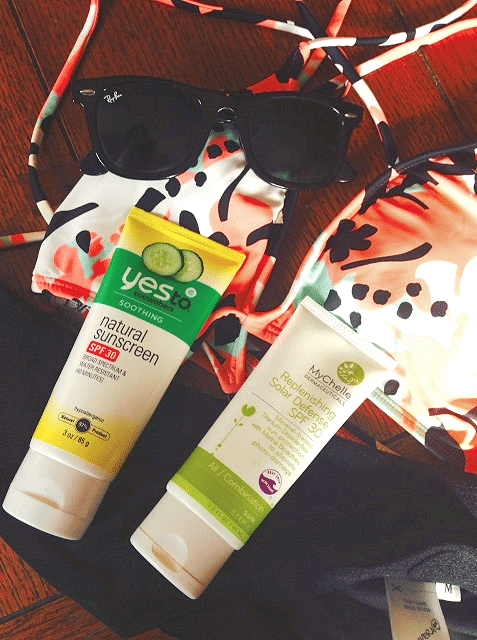 Microbeads are the latest evil ingredient du jour. The tiny plastic particles in your face and body scrubs builds up in marine environments and kills animals. The Cut has some suggestions for face washes that don’t contain the itty bitty dolphin killers.

The Well + Good editors pick out their favorite non-toxic sunscreens. (My personal fave by Josie Maran is in there.) And The Note Passer did a guide, too!

A friend sent me this story about an amazing water wheel project in Baltimore that sucks up all the trash in the harbor. When will NYC get one?

It was the hottest May on record this year. Not in NYC, of course, but worldwide. (Fact, local weather is not climate.)

Economists tallied the possible economic turmoil that will result from global warming in the decades to come. Say goodbye to tourism, Southern states.

A court ruled that New York State towns can ban fracking within their borders.

Maybe people don’t deny global warming because they are stupid and ignorant. Perhaps they deny it because to admit its reality would be to repudiate their very identity.

But there’s reason for hope, because Americans are starting to value environmental protection ahead of saving a few dollars at the gas pump.

Do Vitamins Work? I Tried a Fancy Supplement Brand and This Is What Happened

Sustainable Apartment Renovation: Build It Green! NYC a Must for Salvage Materials