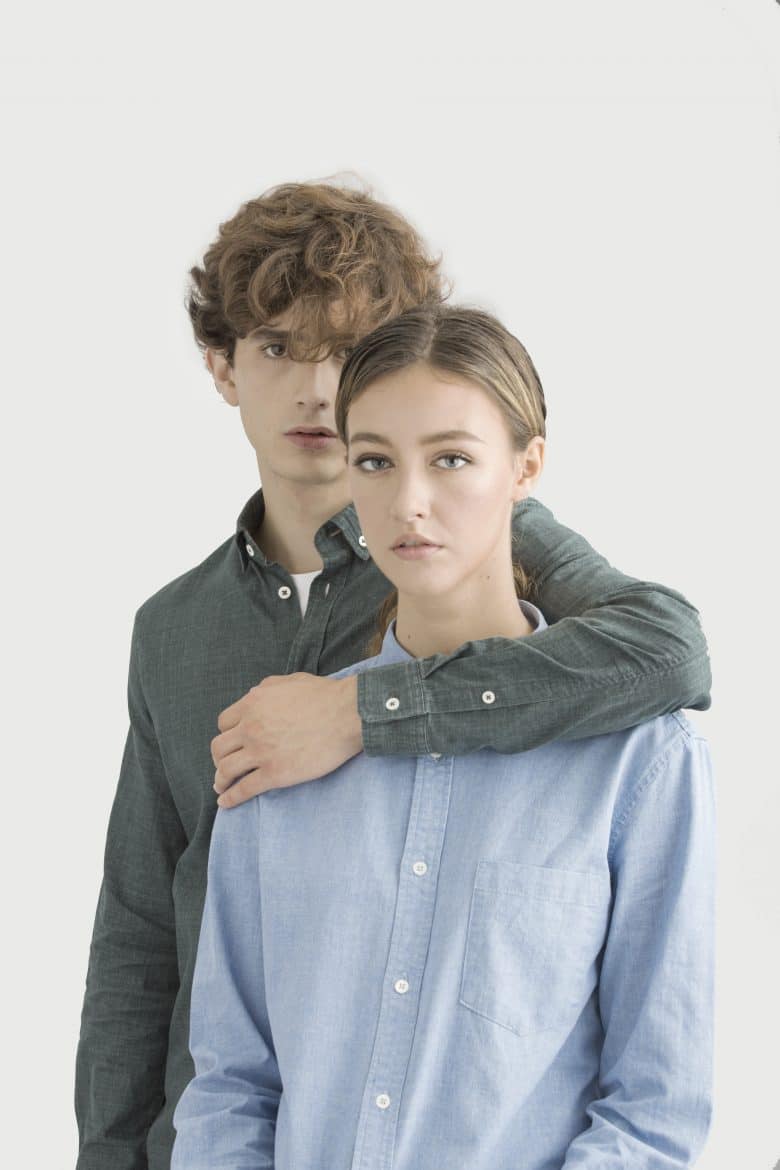 This post is generously sponsored by Cosmos Studio. As always, EcoCult only supports brands that are making a difference in the world. Support EcoCult editorial by supporting them!

Despite all of its challenges, ethical and sustainable fashion is slowly gaining traction. But there is one really important piece of sustainability that’s getting severely overlooked by companies and consumers alike — and it’s a huge problem. It’s water.

Our world’s water crisis causes enormous economic and health problems throughout the world, disproportionately affecting women. Roughly 1 in 10 people on Earth live without access to clean water, and this keeps most of them in an impossible cycle of disease and poverty.

Cape Town, and Mexico City, are both water starved. California experienced its worst drought in recorded history from 2010–2016. Melbourne, Australia says they could run out of water in a little over ten years. To be honest, the damage is widespread across the globe.

So, what does fashion have to do with all of this? A lot, actually.

According to the United Nations Economic Commission for Europe, the apparel industry “is the second highest user of water worldwide, producing 20 percent of global water waste.” Natural fibers like cotton and wool use an exorbitant amount of water to grow, prepare, wash, and dye; manufacturing one single pair of jeans requires on average 2,900 gallons of water (according to Triarchy’s own and industry-wide accepted estimates). That’s roughly 27 average sized bathtubs filled with water.

But it’s not only the amount of water being used that’s the problem — it’s also where it’s being used. The majority of our apparel is made are water-scarce areas, such as Bangladesh, India, and California. Click To Tweet

Lastly, we have reason to be concerned about the extreme toxicity and pollution that comes from dyeing and processing textiles with water and then dumping that chemical-filled water into rivers and streams that people then drink out of. You’ve probably even seen images of rivers painted different colors as a result of textile dye. It is estimated that about 17 - 20% of the world’s industrial water pollution comes from textile dyeing and treatment. Click To TweetThere are over 8,000 synthetic chemicals that are literally just dumped into bodies of water and then ingested by citizens when they use that water for cooking, cleaning and drinking, causing serious health effects and even death.

This is precisely what inspired Jeffrey Man and Davy Chan to create a fashion brand that does things differently: Cosmos Studio. When nearly every other brand has forgotten about the water crisis — they are making it their number one priority. The Founders source raw, organic materials, they don’t use toxic chemicals, and their production takes place in a WRAP Certified factory, but they don’t stop there. 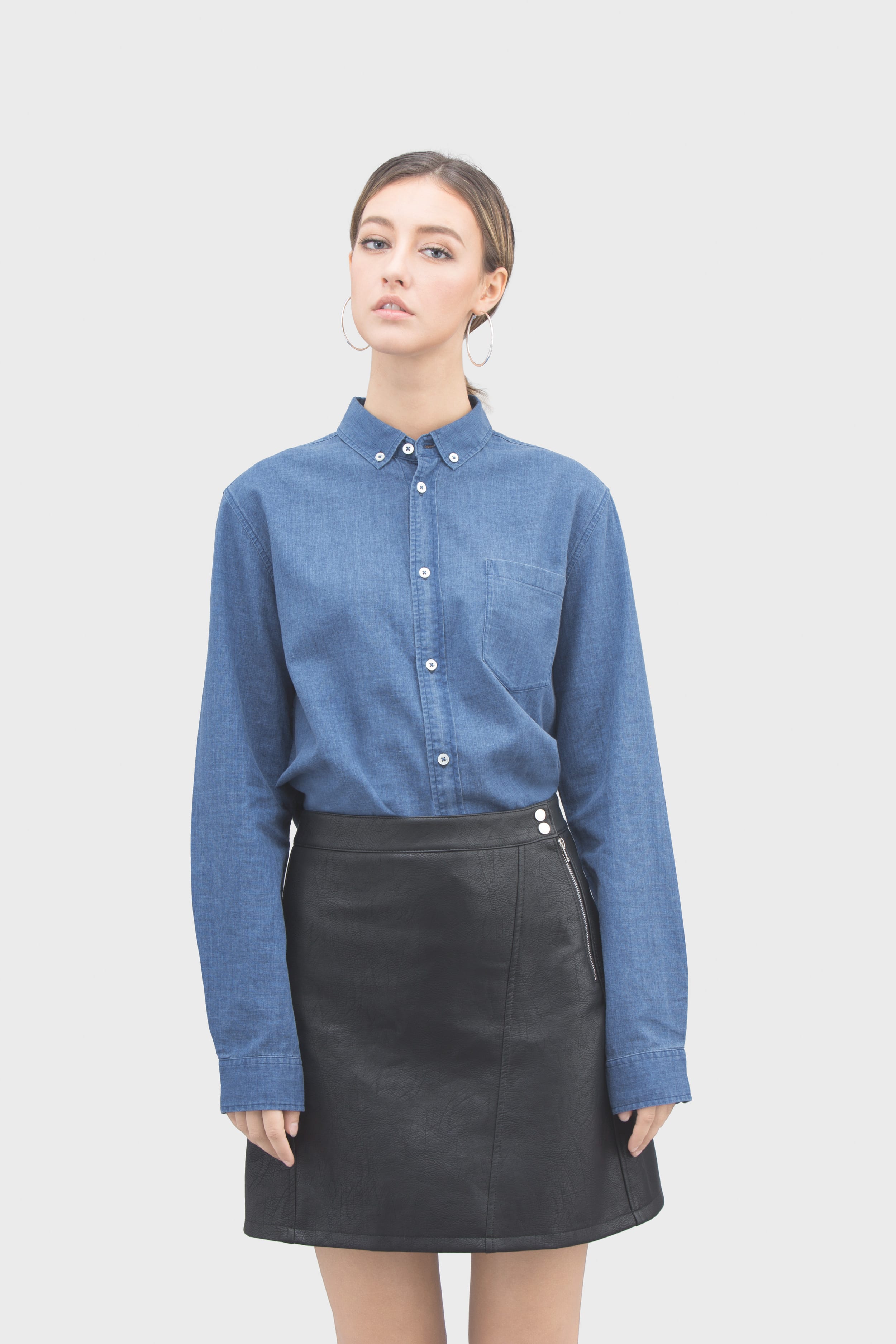 The Problem with Traditional Dyeing

“People overlook the environmental impact of dyeing and finishing — when it is by far the production stage with the worst environmental impact,” says Co-Founder, Jeffrey Man. “This stage contributes the most to greenhouse gas emissions, human health degradation, and energy use.”

One of the reasons why traditional dyeing uses so much water is because of reactive dyes. You dip the garment in they dye, and then you have to rinse it until no more color bleeds out. “A lot of times, only 70% of dye would reach the garment and the rest would be rinsed off,” Man says.

Plus, the enzymes used in dye are acidic, which means that alkaline water has to be used in order to neutralize the dye again, which means even more rinsing.

Man is empathetic with the fact that water use and pollution is not often a priority for eco brands. The truth is, it hasn’t been an easy problem to solve. “It is understandable that most brands focus on using more eco-friendly, raw materials or upcycling used materials, because it requires technological advances and investments to change the way you dye.”

So, what did the Cosmos Studio duo do to address this problem? They created a brand new technology.

Cosmos Studio’s brand new dyeing technology is called GiDelave, It uses 95% less water, 70% less chemicals, and half the energy that traditional processing requires. Not only that, but there is zero discharge involved, meaning no wastewater and no contaminated runoff.

The technology works by basically “printing” the dye onto the fabric threads before it becomes a piece of clothing. After the fabric is dyed, the nontoxic pigment actually returns to its powdered form and the little water that is used to process can be reused since there are no harmful chemicals in it.

Hope for the Future

The Founders of Cosmos Studio are not even close to being finished innovating, and they may just have the potential to revolutionize the fashion industry and provide tangible solutions to our growing global water crisis. The team is in the process of developing even more technologies that will be released next year.

They are currently working on testing the GiDelave technology on denim, in order to make a much more sustainable pair of jeans that look just as great as traditional denim. “If you want to make a distressed pair of jeans, you have to do a lot of things, like sandblasting, which is now illegal in a lot of places because it is super dangerous for the workers,” Man says. Not only that, but the lighter the jeans, the more you have to wash them to get that faded look, dumping more dye waste into the waterways. “You don’t have to do all that and put people in danger!” says Man. The technology they are working on to change this involves what they call “color diffusion.” The yarn is put through a machine prints the color onto it 360 degrees around, the pigment diffusing into the yarn, giving it the washed look.

Yet another technology they are developing involves a completely waterless dyeing method, which uses recycled PET chips that are heated then mixed with color and combined with the cotton. The color is essentially transferred from the chips to the textile.

As of right now, Cosmos Studio sells a collection of unisex button down shirts, which was successfully funded on Kickstarter at the end of 2017 as “the most sustainable shirt in the world.” They are currently working on releasing short sleeve shirts for the summer and sweaters for the winter. In all of this, Man says their ultimate hope is to “use these technologies to be the basis of the brand and to disruptively and sustainably change things.”