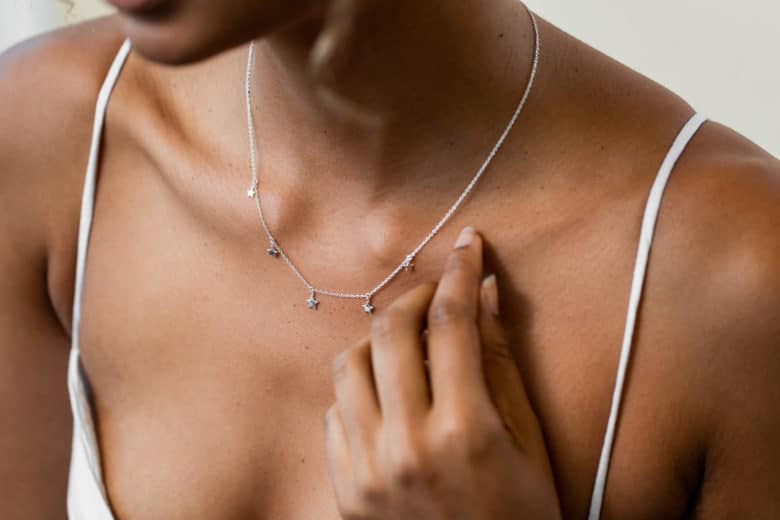 This post is generously sponsored by Boma Jewelry. As always, EcoCult only partners with companies we believe are doing good things for the planet and people. Support EcoCult’s in-depth and impartial research by supporting our sponsors!

Suzanne Vetillart, CEO of Boma Jewelry, pans the phone to show me the minimalist architecture, the flowering bushes, and the verdant lawn rolling up to a forest studded with white boulders like jewels. She’s calling me from her father’s wellness center in the mountains of Thailand.  This is my second conversation with Suzanne. The first was when she called me to ask me whether consumers would care at all about her family business’s sustainability story.

When she told me that Boma Jewelry owns its own factory, I sat up. That’s a rarity.

The fashion world would be a better place if more consumer brands owned their own factories. Fashion brands including Eileen Fisher and H&M have admitted that even with the best of intentions, their efforts to bring all factory worker wages up to a living wage, ensure their safety, provide benefits, and crack down on sexual harassment won’t come to fruition as long as other brands that manufacture in the same factory aren’t on board.

But here is a family that has sidestepped all that, has complete control over their factory, and has used that power for good.

Suzanne was relieved when I told her how exciting this was.

She had been hearing from jewelry industry professionals here in the U.S. that she needed to focus all her efforts on dropping her prices. But that didn’t seem right to her. Click To Tweet

“Instead of just looking at the spreadsheet and trying to grow sales, I want to continue a heritage that’s long-lasting. We’re not just a pretty company selling jewelry,” she says. “We have been built slowly over decades. We’ve always made our customers happy while positively impacting our worker’s lives.”

A Business of Immigrants

Suzanne was born in Seattle to a Japanese mom and a Thai dad, who founded Boma Jewelry in 1981 as a wholesale manufacturer. In 1986, Boma built its first factory in Bangkok. Suzanne attended grade school in Thailand while her parents shuttled back and forth, growing Boma Jewelry to be one of the largest sterling silver manufacturers in North America. She graduated from high school in Seattle, went to college in New York, and two years after graduation moved to Singapore to work in architecture, where she met her husband. In 2008, she decided to move to Bangkok to work with her dad. 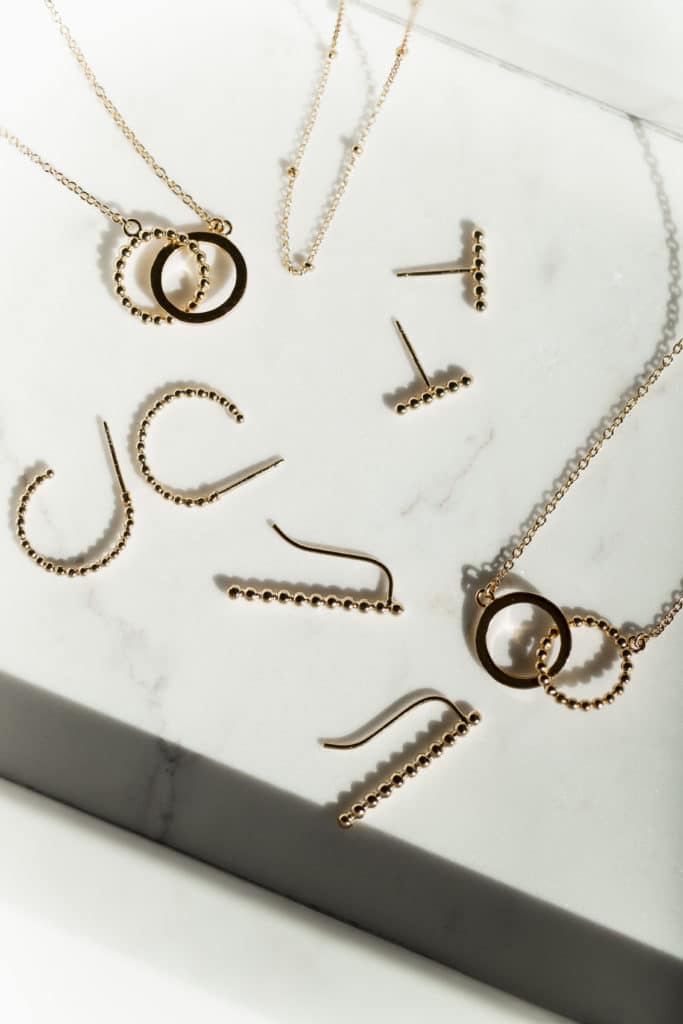 A serial entrepreneur, he was focused on real estate development and hotels. Over the next eight years, she apprenticed under him, helping him open hotels and resorts in Bangkok and several Thai islands, including Samui. “It taught me about his values,” she says, “How he nurtured teams and built his own kind of companies.”

After she had her fourth child, however, she realized that the pace of her job wasn’t sustainable for a mom. Her father asked her to consider taking over his jewelry business. “I never thought I would go into the jewelry business,” she says. “But I remember a moment when I was walking the factory floor with my infant son in my arms and all the workers were beaming and welcoming us with their smiles. We were making all these products by hand under one roof with so much quality. And the people were content, and dedicated to their craft. It blew me away.” 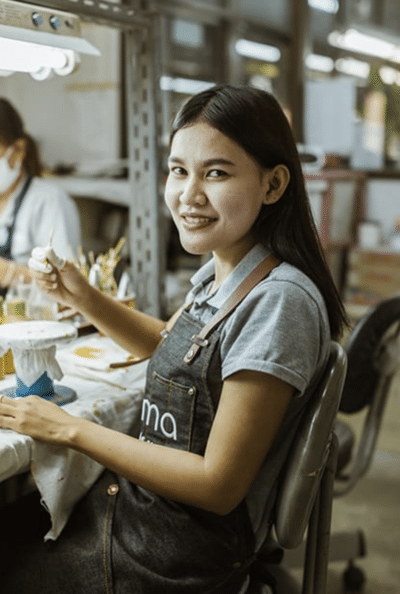 She embarked on a two-year journey of learning the ropes of jewelry production and material sourcing, and getting to know all the employees — well, the ones that she hadn’t already met when she was knee-high. “Some of the people we work with, they saw me crawling in the stock rooms when I was three or four years old,” she says. Two people in the Seattle wholesale office just celebrated 30 years with the company, while their silversmith team in Thailand has on average 15 years experience. Some of the factory workers have been with Boma for over 25 years.

“Most of our customers don’t realize that we make each piece of jewelry by hand. It takes skill and about five years of training to work with silver fine jewelry. So it’s really worth it for us to invest in the labor,” Suzanne says. They start their workers at 325 baht a day, and increase it every year, plus provide bonuses, and supplement the government-provided social security and healthcare benefits. They provide an additional 45 days paid maternity leave on top of the government’s 45 days, scholarships for workers’ children, and sponsor yoga, meditation, and team sports for their mostly Buddhist employees.

Boma pieces retail for anywhere from $30 to $115, which is competitive for a fine jewelry company, and especially a sustainable and ethical one. Still, “If a company is just trying to get the cheapest price, they wouldn’t work with a company like ours,” she says.

They used to manufacture for retailers like Target and QVC in the 1990s, when the factory was twice as big as it is now. “My dad decided that it wasn’t sustainable,” she says. “Doing huge volume doesn’t actually benefit our company and workers, it overstresses our resources and we’re not able to focus on quality and products that are made to last.  Today we only work with companies that share our values.”

This is a case where being owned and run by someone who speaks the language and is part of the local culture has really helped Boma succeed. “About 15 years ago we had a really big problem with loan sharks, and our workers demanded to do more overtime,” Suzanne explains. “We set up an employee-run credit union. Employees get an  interest rate better than traditional banks, so if their uncle is sick, they don’t have to go to a loan shark.” To gain membership in the credit union, each employee has to be sponsored by two other employees. “In Thailand, it’s very important to ‘save face’ in front of other employees. This really helps promote a culture of responsibility and stability.”

In terms of safety, every two years the compliance firm Sedex performs an audit on the factory, and Boma swiftly corrects any concerns. There have been no serious safety accidents since Boma’s founding. “Auditors would come and say that this is the best factory we’ve seen,” Suzanne says. “I didn’t know our competitors didn’t have the same standards. I thought this is how everyone did it because that’s how I grew up.”

Ninety percent of the precious metal Boma uses is silver sourced from the United States. All precious metals are conflict- and mine-free, and recycled from OSHA-certified vendors that guarantee healthy air quality for the workers. They don’t use any chemicals listed in Cradle to Cradle’s banned list. The turquoise is small-batch from a family-owned mine in Arizona, and they recycle tiny stone chips from cutting into a colorful resin for new jewelry.

“We’re looking at our sourcing and seeing how we can improve,” she says. They’re in the early stages of exploring blockchain as a way to know accurately where all their products come from. Boma is a 1% for the Planet member, and expects to receive B-Corp certification in 2020. 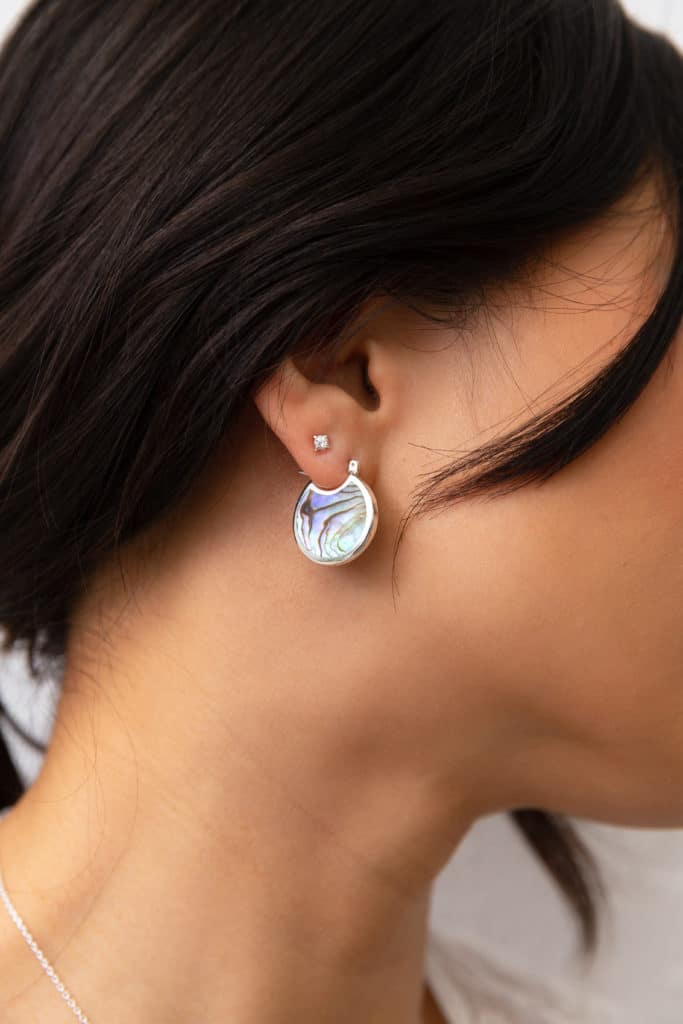 Suzanne now lives in Seattle again, working out of the wholesale office. So far Boma has focused on private label production for brands like Blue Nile, but Suzanne believes consumers are ready to appreciate and purchase directly from a jewelry company that is transparent, sustainable and — most importantly — owns its own factory. You can now shop directly on Boma’s site.

Her husband, who she met in Singapore at the architecture firm where she worked, is an environmentalist and is working on his LEED certification. They’re planning on collaborating on a green factory in the next five years.

“Being married to him for 10 years has forced me to realize that when you’re in a position of leadership you have a responsibility to do things better. There’s a quote by Pierre Rabhi that he shared with me a few months ago, that shapes my thinking as a CEO and mother : Quelle planète laisserons-nous à nos enfants, mais aussi quels enfants laisserons-nous à notre planète? “What planet will we leave to our children, but also what children will we leave to our planet?”

She’s not expecting her children to take over the family business. “But I want them to focus on the values of why we do things.” She’s already teaching her 8-year-old about the triple bottom line: people, planet and profits. “Fortunately, that’s what I learned from my parents.”

“I hope our company can be a positive story and show that not all businesses are bad. Somebody has to step up and talk about these things, and it might as well be us.”

These Are the Most Durable, Safe, and Stylish Reusable Water Bottles and Tumblers