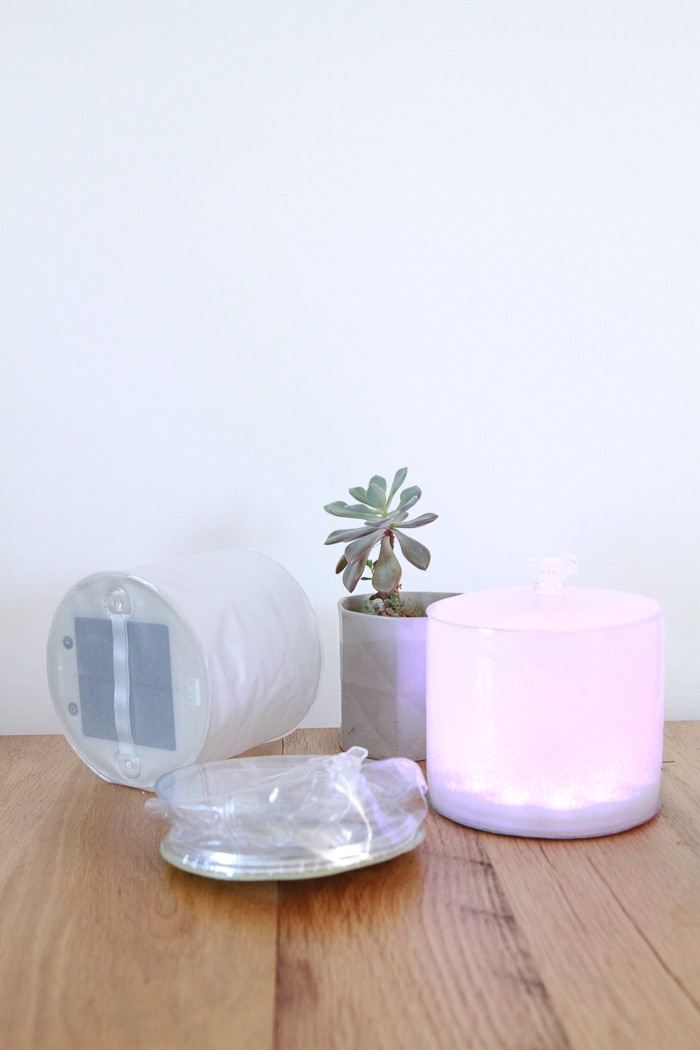 If you’re going to a music festival that involves camping, you’re still going to need light. And let’s face it, you’ll also want to charge your phone. Some festivals provide power, but usually through generators, which are loud and really bring home the fact that you’re using fossil fuels.

So how to get clean power? Well, you’re not going to install a portable windmill (is that a thing?) next to your tent. Instead, there are two accessories that are powered by the sun that I’ve tested and love. 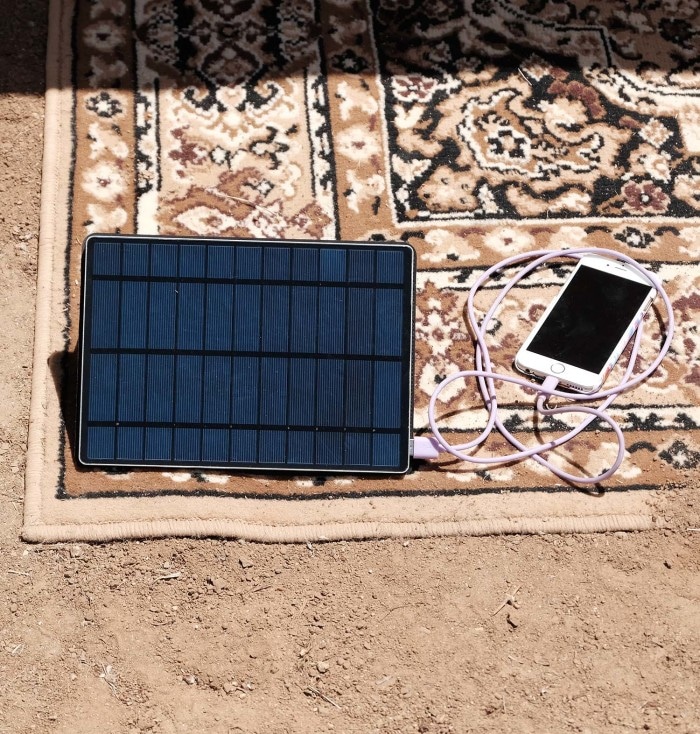 About the size of an iPad and a little heavier, this portable solar panel will ensure you never run out of batteries, even when you’re off the grid or at the beach. It comes in simple, recyclable cardboard packaging. I brought it with me to California, to New Jersey, and to Fort Tilden beach in Brooklyn. Each time I set it out outside, it gamely soaked up the sun’s hot rays. Press a small button, and it will tell you with a series of pin-sized lights whether it has a charge. With two USB ports and 1 micro USB port, it gives a full charge to my phone, and an additional charge to my portable external charger as well. (Sometimes I had to unplug and plug the USB cord back in a few times for my phone to vibrate and start charging, but it always ended up working just fine.) It’s not enough to watch a movie on your iPad at night, but why would you want to do that when you’re camping or music festival-ing anyway? It also looks nice, with a sleek case that lets you prop it up so it faces the sun. Sometimes I even set it up on my south-facing window at home so I can charge my phone off the grid. It’s really comforting to know that if we have a huge city blackout, I have a way to charge my phone. Preppers: Put this in your apocalypse bag.

I’ve been showing and telling everyone I know about this handy little lantern. It’s waterproof (and playa dust-proof), and floats. You can deflate it for packing, then inflate it again with your breath in less than 30 seconds. It charges up using solar power, of course. The 2.0 version comes with the original strap on one side and in addition snap tabs on the other, so you don’t need a carabiner to attach it to something. I brought it with me to India, and when the power blacked out, it was so much handier than a flashlight, which is too directional to use to eat or to light your cabin or tent. In fact, it’s so handy and cool that resort owners were trying to buy it from me! 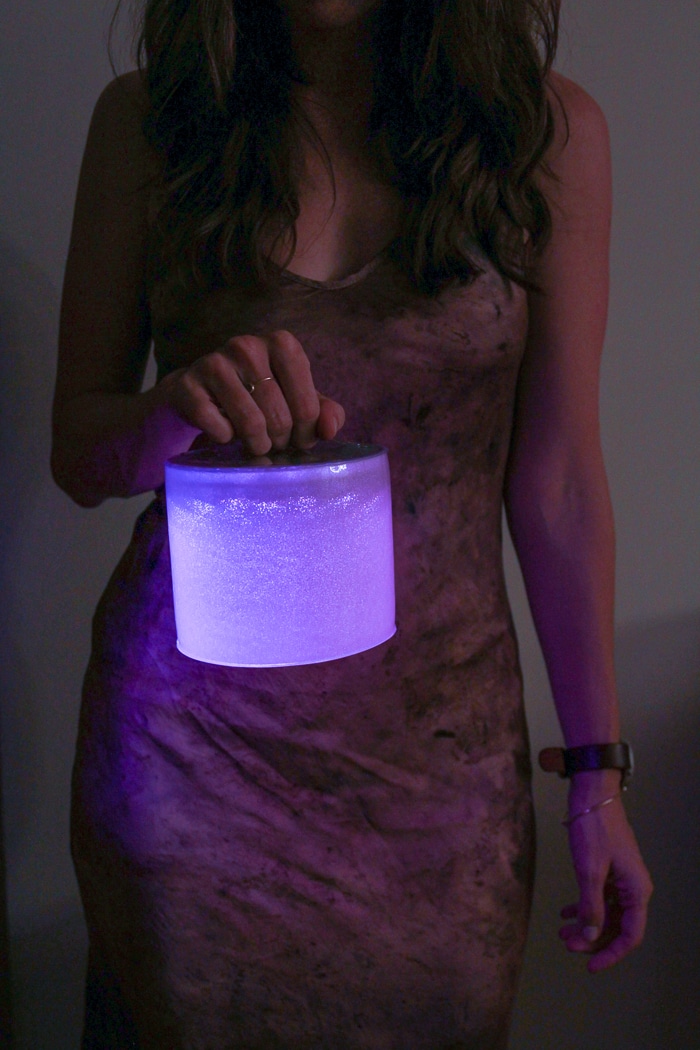 How Your Yoga Clothes Could Help Boost America's Recycling Rates