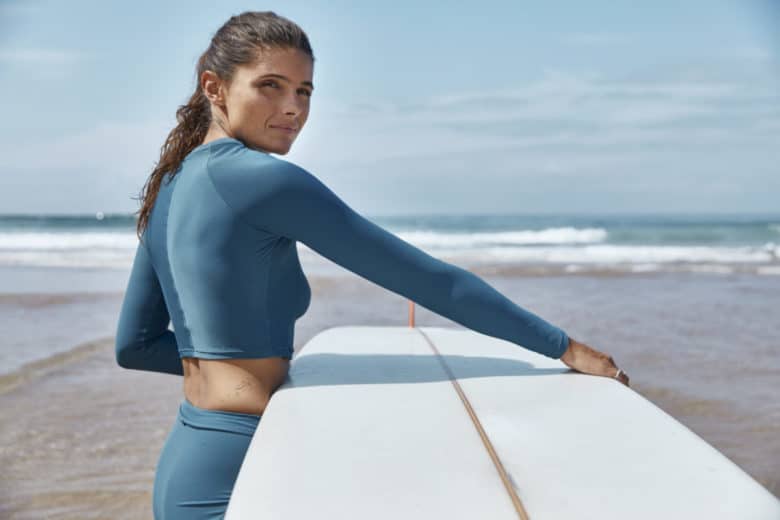 Image: PRANA, a brand that uses ECONYL in many of its products.

It sounds like an environmentalist’s dream: rescuing millions of tons of plastic from our oceans to turn them into fibers that can produce anything from packaging to yoga pants. It’s a welcome antidote to the haunting images of the Great Pacific Garbage Patch and of turtles stuck in nets.

Global plastic production started in the 1950s and today has increased to 359 million metric tons per year. To put it into perspective, that’s roughly the total weight of the human population produced in plastic every year, and it is suffocating our oceans. In 2010, 275 million metric tons of plastic waste was generated by coastal countries, of which 5 to 13 million metric tons entered the ocean. Countries with poor waste management and lack of potable drinking water are particularly prone to leaking monstrous amounts of plastic into their waterways.

With this in mind, many apparel companies and textile manufacturers have joined in the effort to create durable, quality fabric out of ocean plastic. ECONYL, one of the biggest suppliers of ocean plastic fiber, creates its material from at least 50% salvaged fishing nets and post-consumer carpets. Repreve represents another large portion of the market share, but smaller suppliers are equally creating a huge impact. Brands have started churning out swimwear and activewear lines made out of ocean plastic fibers.

Their efforts have the potential of solving an increasing global problem. By switching to recycling ocean plastic, brands can play a crucial role in preserving the environment and giving marine biodiversity the chance to recover.

What is ocean plastic fiber?

Definitions vary. The term ‘ocean plastic’ would seem to imply that the plastic stems from the ocean, but the truth is more nuanced. “The issue is that ‘real’ ocean plastic is almost impossible to manufacture with and to collect at a scale that could actually support the demand of the commercial community,” says Rob Ianelli, the founder of Oceanworks, a global marketplace for recycled ocean plastic materials.

True ‘ocean plastic’ collected in the high seas is often degraded to a point where it can no longer be reused. Furthermore, it is expensive to retrieve. Large expeditions need to be funded to access garbage patches far out at sea, and even then (ironically) not enough material can be collected to support the growing demand for ocean plastic. To work around the cost issue and lack of scalability, manufacturers are looking to salvage ocean plastic closer to the source, before it has the chance to be swept far out into the oceans.

Mark Hartnell, Director of Textiles at Seaqual Initiative, a community fighting plastic pollution, defines ocean plastic as “waste of any type that has been lost or discarded in the marine environment and is found on beaches and coasts, the ocean floor and surface, or in rivers and estuaries.” Seaqual Initiative brings together scientists, NGOs, manufacturers, and brands to collect plastic and turn it into yarn, among other things. It organizes massive cleanup efforts by recruiting fishermen and a small army of volunteers who scour beaches for debris. The resulting material has been adopted by big players such as IKEA, Gant, and Jack Wolfskin.

Even with this expanded definition of ocean plastic to include materials retrieved from beaches, rivers, and estuaries, the Seaqual Initiative team still has to blend the marine litter with post-consumer PET from land-based sources in order to scale production. Its ocean plastic yarn is approximately 10% marine plastic and 90% post-consumer plastic from land.

Rothy’s definition of ocean plastic is even broader than Seaqual’s. They define ocean plastic as “discarded plastic collected within 30 miles of coastlines — the areas where plastics are at high-risk of ending up in our oceans,” according to Saskia van Gendt, Rothy’s Head of Sustainability. “The best way to deal with our marine plastic issue is to prevent it from entering our waterways to begin with.”

Many brands like Rothy’s consider ocean-bound plastic, which is found on land but at risk of ending up in the water, to be synonymous with ocean plastic. The term ‘ocean-bound plastic’ came about two years ago and was initially pretty vague. Today, there is a more hardline classification based on the research of Dr. Jenna Jambeck, professor at the University of Georgia’s College of Engineering. For decades, she has researched plastic waste disposal, and her studies have found that at least 80% of ocean plastic is waste which originated on land and accidentally found its way into our waters through poor management. Like patching a leaky bucket, intercepting plastic waste from high-risk coastal areas has a huge impact on the amount of plastic that ends up in the ocean.

Today, ocean-bound plastic is the bread and butter of the ocean plastic fiber industry. “Roughly 80% of the materials available on our marketplace fall under the ‘ocean-bound’ category,” said Ianelli of Oceanworks. “It’s a better price for brands and manufacturers. It has a story and it’s what is currently most available.”

When you encounter brands offering ocean plastic apparel, this is probably what they use: a blend of ocean-bound plastic and post-consumer PET from land sources, with a small percentage coastal of high-sea waste possibly thrown in the mix.

Many small activewear brands such as Girlfriend Collective, Kaira Active and SOS Activewear are creating yoga leggings and sports bras out of this type of fabric. There are quite a few swimwear brands creating bathing suits out of the same material, with several of them reminding customers to wash garments with a Guppyfriend to prevent microplastics from entering the water. Sportswear giant Adidas has partnered with Parley for the Oceans, the largest ocean plastic advocacy group, to create sneakers each made out of eleven ocean-bound plastic bottles. The collaboration is a hit. The initial run of 7,000 shoes sold out instantly. With such success stories out there, why aren’t more brands jumping on the ocean plastic bandwagon?

The challenges of working with ocean plastic fiber

“Ultimately it comes down to price,” says Ianelli. “The price difference on fabrics is… at least 50% higher.”

Ocean plastic is currently far more expensive than virgin plastic due to infrastructure challenges. For one, the plastic collection process is fragmented. “The nature of plastic marine litter means that it is generally collected in relatively small quantities at many different locations,” says Hartnell of Seaqual Initiative. “Creating the infrastructure to bring all this waste together into an industrial-scale supply chain is a huge undertaking.” Certain brands are tackling these waste collection challenges head-on. Sustainable apparel brand ECOALF has launched plastic collection projects in Spain and Thailand. Almost 3,000 fishermen have agreed to work with the initiative. Since 2015, they have collected 500 tonnes of marine waste.

Collecting the material is not the only challenging element of the process. Turning the often decayed plastic into fiber is just as complex. In a nutshell: once a sizable quantity of ocean plastic is collected, it is sent to sorting centers where plastic is separated from non-plastic. Then each bit of plastic must be sorted into different polymer types before it is shredded into flakes. The flakes are then washed in order to remove residual waste, such as labels, glues and sand. They are then combined with post-consumer plastic from land sources and turned into resin pellets which can be melted to create new products. The resin pellets are sent to yarn manufacturers who melt the polymers into thread and spin the yarn. Not such a straightforward process.

The cost difference between ocean plastic resin pellets compared to virgin plastic is between 15-20% more, a smaller markup than for the final product of fabrics. Oceanworks has captured the opportunity to create trims out of ocean plastic resin, partnering with YKK, the world’s largest zipper manufacturer, to create a whole supply chain producing ocean plastic zippers. On a smaller scale, Ocean Works has worked with Outerknown on ocean plastic buttons for its jeans. But the yield is minuscule. “A million buttons may only require ten tons of ocean plastic material,” explained Ianelli. “Whereas with fabric, you can probably remove one thousand tons of material to make one million yards.”

Pairing the two together is their vision, but it still comes with costly infrastructure challenges for brands. Switching over to ocean plastic is not like flicking a switch. It’s an expensive undertaking which involves all departments of a company. “It isn’t as turnkey as buying virgin or even recycled plastic,” says van Gendt. “Using marine plastic requires a new supply chain to collect and process material that is dispersed over large areas of coastlines.” Fashion brands who want to keep their costs low and profit margins high simply won’t see the need to make the switch until consumers demand it.

Luckily, this is where things are starting to change. In the last two years, there has been a 660% increase in the search term “sustainable fashion”. This has even pushed fast-fashion behemoths such as H&M to look into revamping their supply chains and include more sustainable materials, among them recycled plastic. “Brands that two years ago thought this was crazy are ready now,” says Ianelli. “It’s like the penguin and iceberg effect. There has to be a number of penguins that jump into the water first for the other to say ‘Alright, we’re good to go!’” 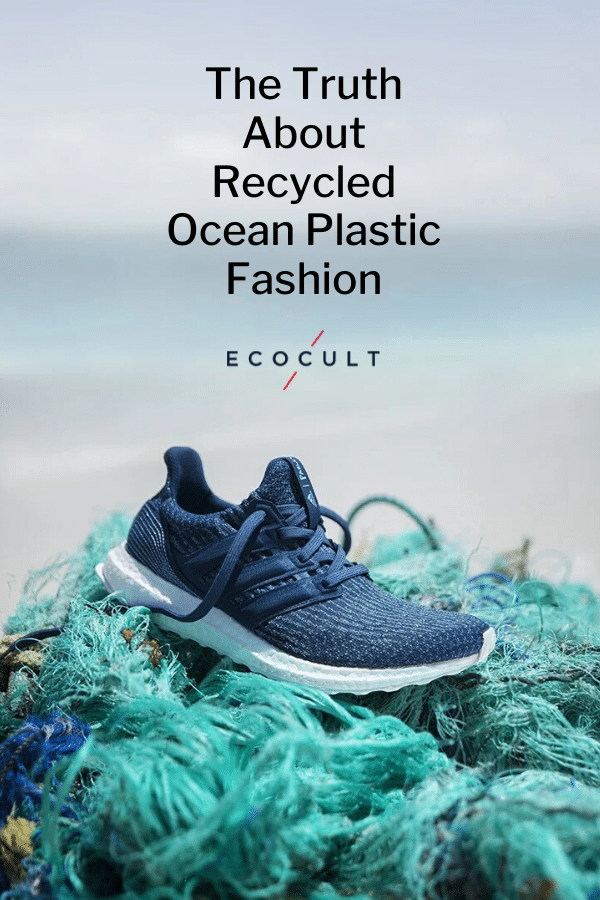 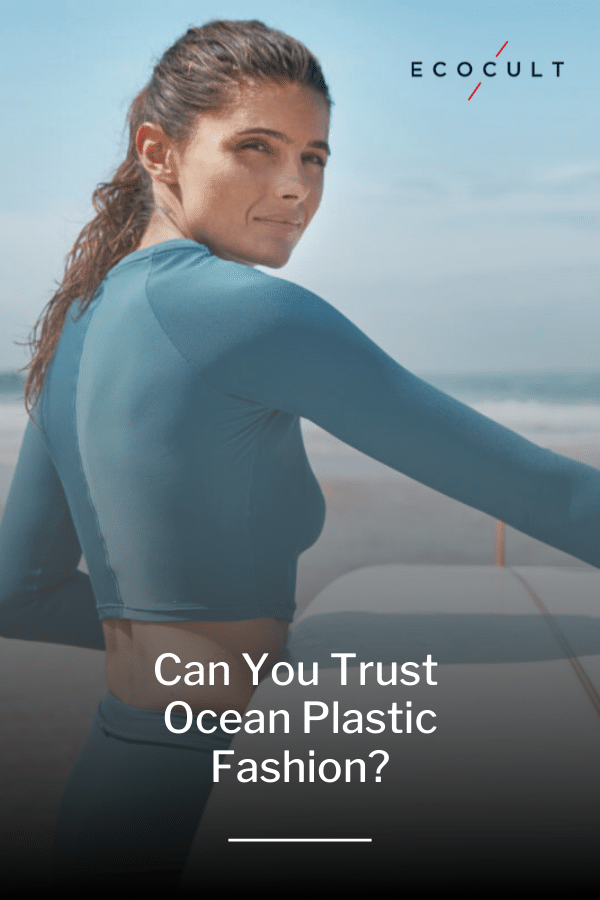 Does Everlane Live Up to Its Green Halo?

Online Stores That Deliver Eco-Friendly Houseplants to Your Door