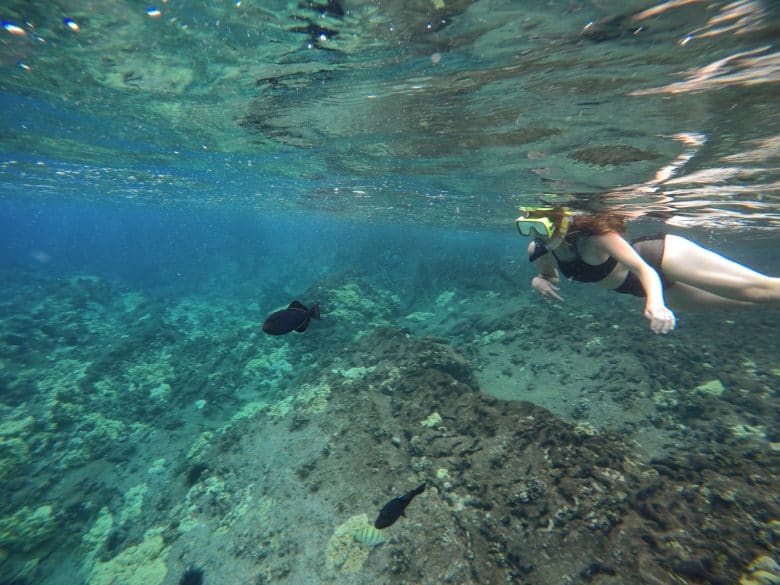 Our coral reefs need all the help they can get. They’re suffering catastrophic bleaching events due to pollution, plastic waste, and – of course – ocean warming due to climate change.

And in 2015, research came out showing that the sunscreen ingredients oxybenzone and octinoxate can both damage coral. About 70% of American sunscreens contain oxybenzone. And on a popular beach, hundreds of tourists slather on these sunscreens before putting on their snorkeling mask and diving in to look at coral.

In response, the governor of Hawaii is about to sign into law a statewide prohibition on sunscreens containing these two ingredients. The ban doesn’t officially go into effect until 2021, but of course you might be concerned about what your own sunscreen is doing to the coral wherever you snorkel, from Bali to Belize to The Great Barrier Reef.

Several media outlets, including NPR, seem to think that consumers should ditch “chemical” sunscreens altogether, and that we’re now only allowed to wear mineral sunscreen, whose active ingredients are the natural materials titanium dioxide and/or zinc.

I must protest. Not only is mineral sunscreen uncomfortable and unattractive to put on – it’s essentially a white paste that sits on top of your skin like geisha paint and can seriously dry your skin out –according to Consumer Reports, mineral sunscreens that contain titanium dioxide and/or zinc as their active ingredients have consistently performed poorly compared to their conventional counterparts containing chemical ingredients. For example, Honest Company’s sunscreen has been dinged in a lawsuit and on social media for being completely ineffective.

I can back this up from personal experience. As a conscious consumer who wanted to avoid “chemical” ingredients, I tried for seven full years to make mineral sunscreens work for me, but I always seemed to get terrible sunburns. Overexposure to sun is a known carcinogen, so when the Consumer Reports research came out confirming what I had suspected, I finally gave up on mineral sunscreen last year, and switched back to chemical sunscreens.

But does that mean I wear reef-killing sunscreens when I snorkel now? Or that I wear toxic sunscreens? No. There are actually three tricks you can use to keep your skin protected, and your health safe, while swimming in crystal blue tropical waters, and none of them include putting on mineral sunscreen.

If mineral sunscreens work for you, great! But if you’re like me, read on.

The European Union has much more stringent regulations concerning personal care product ingredients than the U.S. In the EU, if an ingredient has been linked by any plausible research to health concerns, then it’s banned out of caution. While in the U.S., an ingredient has to be definitely proven as toxic in multiple studies before it is finally banned, over the vociferous protests of the companies who make it and use it. This is why I prefer European skincare products – I know there’s a baseline level of safety in the ingredients, whereas in the U.S., there’s just not.

However, the FDA does strictly regulate drug products. And because sunscreen is classified as a drug product instead of a cosmetic product in the U.S., the FDA has dragged its feet on approving new sunscreen ingredients. When congress tried to force the FDA to fast track the approval process, the FDA responded by rejecting all the applications. The ingredients the FDA rejected include several that are proven to be more effective at blocking damaging rays than what Americans currently have access to, and have been used safely by Europeans for years.

But it gets even more bizarre: One of the ingredients that has been banned in Europe is titanium dioxide (one of those supposedly safe and natural mineral sunscreen ingredients I listed above) because when inhaled, it’s a carcinogen.

So, clearly European sunscreens are both more effective, and safer. But you can’t just go to a drugstore in the U.S. and shell out for European sunscreen brands. Yes, La Roche Posay was shown by Consumer Reports to be one of the most effective sunscreens on the U.S. market. But the version sold in the U.S. is still specially formulated to comply with our messed-up regulations.

Instead, I suggest you take a trip to Paris. Just kidding! You can actually buy authentic European sunscreens from French Cosmetics for Less, which is highly recommended by beauty lovers, and lists all the ingredients on the product pages. Of course, make sure to double check that what you’re buying doesn’t contain oxybenzone.

My personal favorite is Coola, whose effective and creamy sun care products contain organic ingredients, along with the active ingredients avobenzone, octocrylene, and octisalate.

A more affordable option is Alba, whose active ingredients are homosalate, octocrylene, ethylhexyl methoxycinnamate, ethlhexyl salicylate, and titanium dioxide. Titanium dioxide, as I mentioned above, is banned in the EU. But as long as you are rubbing this sunscreen in and not inhaling it, you should be fine.

And then there is Sun Bum, which is paraben-free, vegan, and reef-friendly, with active ingredients avobenzone, homosalate, octisalate, and octocrylene.

There has been no evidence so far that the rest of the above ingredients harm humans or coral reefs, even though they sound similar to the two ingredients that are about to be banned in Hawaii. I’m not promising that more information won’t come out, but for now, you should be protected.

Plus – and this is important if you’re actually going to get its benefit – you’ll actually enjoy putting these moisturizing sunscreens on!

If you just love snorkeling and surfing, then you know that it’s usually your back and shoulders that get burned. So you can also buy swim tops that will protect your shoulders and back in order to limit the amount of sunscreen, any sunscreen, that goes in the water. Look for swim tops that offer long sleeves, coverage down to your hips, and a solid back – no cut outs!

In terms of eco-friendly swimsuit companies, there’s not much to choose from. But Ansea does a couple of surf suits, Koru Swimwear does a rash guard, Patagonia does a not-sexy UV protective rash guard, and some cute wet suits that are rated for water that is up to 75 degrees Fahrenheit, and Abysse also does wetsuits, though they run super duper small (I’m usually a small and found that their medium is too small on me) and have a rather draconian exchange policy. 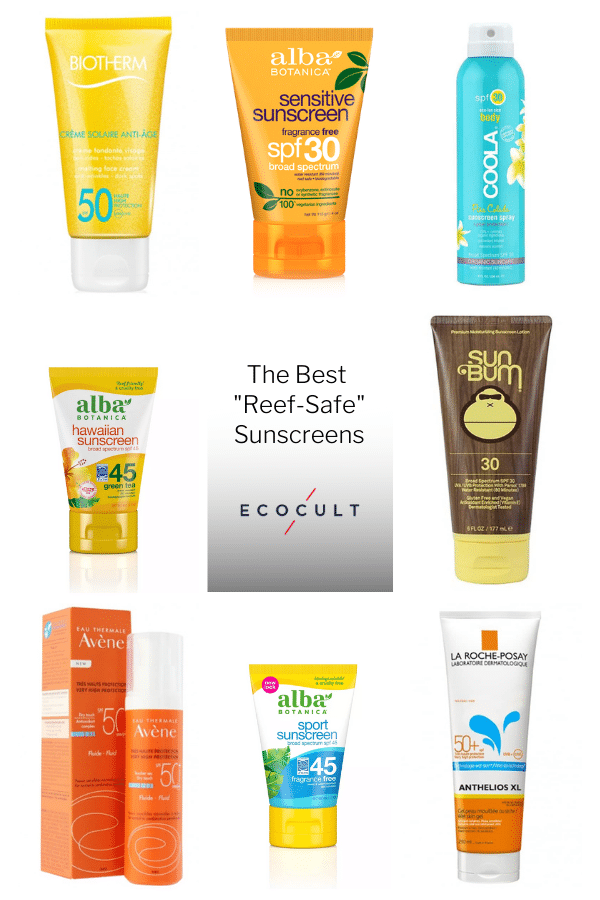 Weekend Reading: These Are the Countries That Are Worst for Garment Workers

Long Trip? Here's the 5 Rules for What Underwear to Pack for Traveling