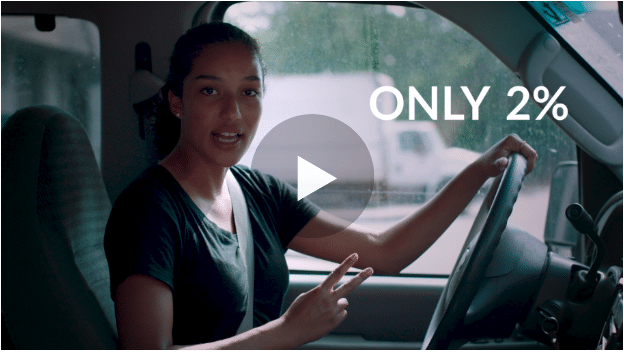 The documentary The True Cost says that only 2% of fashion factory workers worldwide earn a living wage.

As with many statistics in the fashion industry, it’s unclear where that precise number comes from. But anecdotally, I have asked the question many times over the years, and I have yet to hear about a mass-market brand whose factory workers earn a living wage.

This can come to a shock to many consumers, who believe that only fast-fashion brands pay poverty wages. But this is a systemic issue that — with a few notable exceptions like the Saint James’ worker-owned cooperative in France — plagues the entire industry. According to a 2014 report by the Clean Clothes Campaign, minimum wages in Asian countries range from only 19% of the living wage in Sri Lanka to 54% of the calculated living wage in Malaysia. In Los Angeles, where much of our fashion is made, the minimum wage of $12 to $14.25 per hour would only support a single childless person, or a DINK (dual income no kids) household.

Despite the proliferation of the #WhoMadeMyClothes question in April of each year for Fashion Revolution Day, and the resulting photos of garment workers holding signs saying “I made your clothes,” it’s unclear that this awareness has had a concrete effect on the lives of garment workers. According to the Clean Clothes Campaign, 19 of the top 20 brands surveyed on wages could produce no evidence of improvement on this issue since that report.

The ethical jewelry and lifestyle brand ABLE and the ethical footwear and jewelry brand Nisolo think they have a solution. They believe there is one clear data point that will simplify this complex problem and begin to empower consumers: the lowest wage. Or more clearly, the lowest wage paid in the factories making a brand’s fashion. Last week the two brands launched a campaign called #LowestWageChallenge, and are asking consumers to call out their favorite brands on this question. 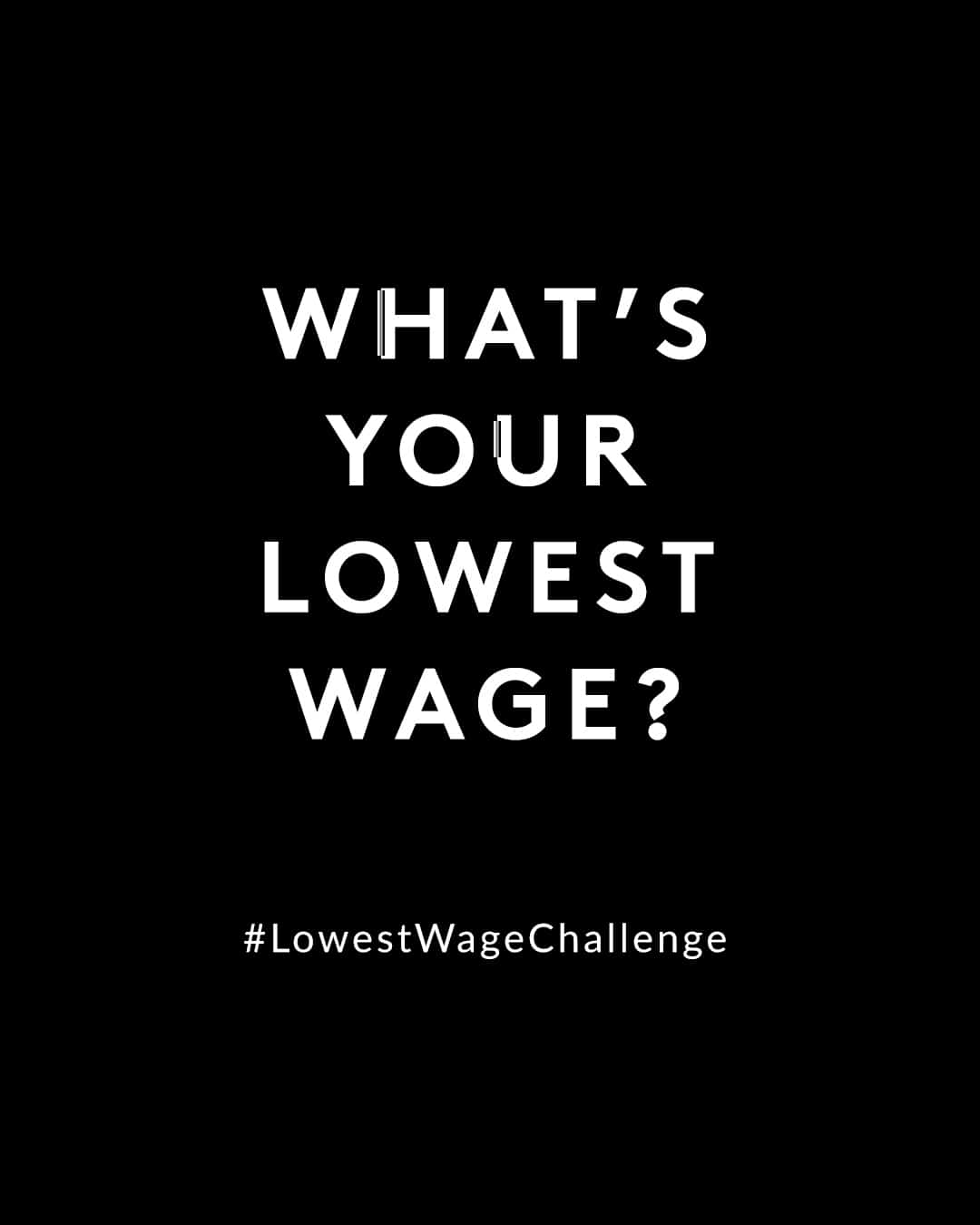 The two Nashville-headquartered brands are leading the charge themselves, of course. ABLE published their lowest wage in their Nashville fulfillment center in 2018 ($14 per hour),  followed this year by four factories in Ethiopia, a country that does not have a legally mandated minimum wage. (!) Three of the Ethiopian factories are close to paying a living wage, but one factory’s lowest-paid workers earn half the calculated living wage. ABLE is working with the factory to rectify that.

Nisolo itself has shared the lowest wages in the Peruvian factories they work with and brought all these factories in line with the local living wage, and is honest about mistakes it has made in the past around this. “We believe the industry has to embrace that you don’t have to be perfect before you are honest with consumers,” Barrett Ward, Founder and CEO of ABLE, said in a press release. 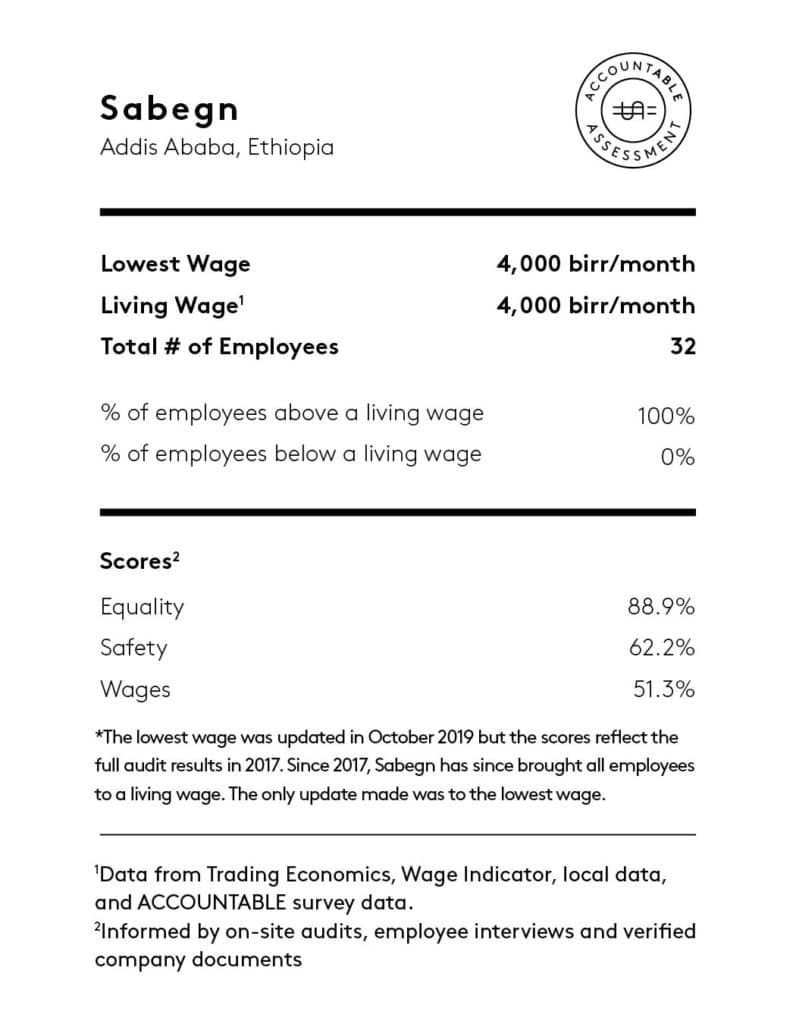 ABLE and Nisolo are utilizing the independent nonprofit ACCOUNTABLE, created in partnership with ABLE and GoodOps, a supply chain consultancy, to publish their lowest wages. ACCOUNTABLE is a social impact assessment platform that evaluates wages, equality, and safety, weighing a manufacturer’s score most heavily on paying a living wage. It produces a simple, consumer-facing label, similar to a nutrition label.

Starting last week, Nisolo & ABLE called on consumers to visit www.lowestwagechallenge.com, share about the #LowestWageChallenge, and ask their favorite brands to join by posting and commenting on Facebook, Twitter, and Instagram with, “@BrandName What’s your lowest wage? #LowestWageChallenge.” They also take nominations on the campaign website.

Nisolo has helpfully made public brands that have been nominated, and so far in this week-old social media campaign, direct-to-consumer brands that have a large presence on Instagram are getting hammered: Everlane, Outdoor Voices and Reformation come up the most among fashion startups. For multinationals, Madewell, Target, Zara, lululemon, Nike, and H&M are popular choices. Patagonia, a large but privately-held company, has been nominated the fourth most. Nisolo says that several brands have already committed to sharing their lowest wage, and their names will be shared on December 5th.

For a company like H&M, which is already quite transparent about where it makes its clothes and puts out fat reports each year on average wages, the answer might be easy: it’s whatever their Ethiopian factories are paying their lowest-wage workers, likely $26 a month, when the living wage as calculated by ACCOUNTABLE is $135 a month.

Where I’ll be eagerly awaiting the results is for a brand like Everlane, which has a (somewhat inflated) reputation for transparency and ethics. Will Girlfriend Collective (“More than clothes for women who care”) share their lowest wage, and will customers be shocked by it? Will Reformation say which Chinese factory pays its workers the least, and reveal what their own LA workers earn? Will this force brands to reveal, in very simple terms, that they produce in Africa, the newest frontier for cheap and unregulated labor?

“Unfortunately, the fashion industry is plagued with major brands claiming it’s too complex to ensure fair employment and living wages in their supply chains, or, even worse, there’s a fair amount of greenwashing and exaggeration,” Nisolo Founder & CEO, Patrick Woodyard said in the press release. “We’re launching this challenge to simplify the conversation — it’s not about the average wage, or the labor cost attributed to each product, or even what you plan to do by 2030 as a brand — it’s about the lowest wage that exists today because sharing that data point begins to protect not only the most vulnerable workers but everyone else as well.”

Something so simple will always be just a start. For example, does this lowest wage apply only to the factories putting the finishes touches on a purse in Italy? Or does it apply to the leatherwork done in Turkey that is then sent on to Italy for assembly? Or the leather tannery? These are known as “second-tier” and “third-tier” suppliers, and it can be more difficult to figure out, first of all, where those suppliers are even located, much less their wages. Workers in these hidden factories are often the most vulnerable and exploited. If this campaign does take off, perhaps the second and third-tier suppliers will be addressed next.

The other limitation is that only brands who care about their reputation will be nominated and bother to share their lowest wage. That random Amazon supplier? They don’t care. And this campaign will not address wage theft, which can vary widely from country to country. It only addresses the wage that factories say they pay their workers.

In my ideal world, if this proves effective, it would be taken to the legislative level. To sell in California, the UK, France or (looks up toward the heavens in supplication) the United States, brands would have to state their lowest wage paid in their primary, secondary, and tertiary supplier factories, and the truthful reporting would be enforced by a government agency tasked with protecting consumers from unethical practices by consumer good companies.

What do you think? Does this campaign inspire you? Which brands are you nominating? Let us know in t

I Tested 12 Non-Toxic Nail Polishes, Here Are the Best