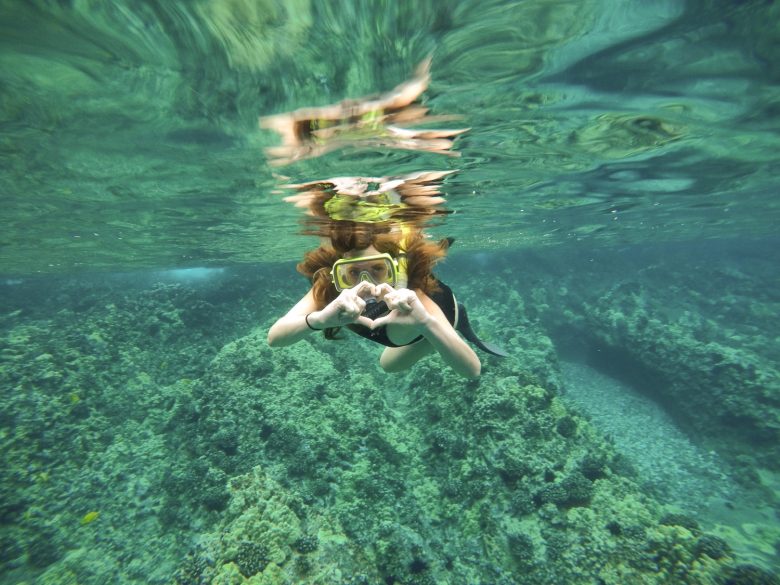 At first, I was frustrated by the high price of everything on Hawaii. In fact, I almost felt dumb for visiting.

Basic resort rooms at $300 a night. Paying an extra $350 on top of the $700 plane tickets for one Economy Comfort seat (and sitting separately from him in a cheaper seat) just so my new 6’5″ husband could walk when he got off the 12-hour flight. The $175 grocery bill for a week of breakfast and bagged lunches. Ouch! Why visit Hawaii when you could get the same tropical vibes for a third of the price in Mexico or Thailand?

But midway through our trip, something switched. We found pristine, empty beaches in Hana, ate locally caught seafood and locally grown chocolate and coffee, and hiked for seven hours in Haleakala’s crater without seeing more than ten other people. And it struck me: Hawaii is an example of accidental environmentalism.

You see, there is a term called “externalities.” When it comes to the environment and the economy, it means all the stuff that is damaged as a side effect of economic development: pollution, overfishing, deforestation, asthma, climate change…. every ecosystem damage you can think of. The very basic idea is this: If we could price externalities and charge companies/people for the damage they cause (mostly as a byproduct of their main economic or leisure activity), then the damage would lessen and even go away. Putting a price on carbon is a great example of this – if companies had to pay for the carbon they emit, then they would emit less carbon.

And Hawaii, by being an island state that is far away from the mainland, and also being under the rule of the Jones Act. The Jones Act is a rule that requires that any supplies shipped between two U.S. ports has to be on a U.S.-built ship owned by an American company and staffed by U.S. residents. (The same act that prevented the U.S. mainland from quickly sending help to Puerto Rico after the hurricane.) This act pushes up the price of shipping anything to Hawaii several times. But inadvertently, this means Hawaii is a place where your visit is actually priced appropriately proportionate to the honor of being welcomed with Aloha to such a special place with so many endangered species and unique ecosystems. 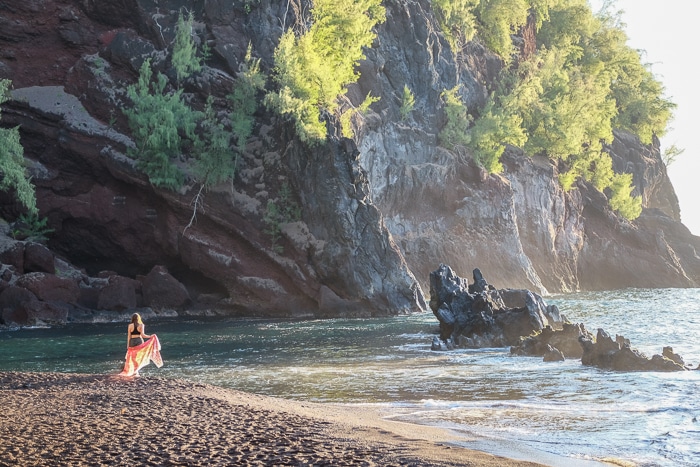 Of course a visit to this amazing place should be expensive! Otherwise, it would be like Phuket, Thailand: crowded and choked with plastic waste. Plus, it really did affect our decisions. For example, we considered taking a boat tour to the Napali Coast in Kauai, but it was so pricey that we ended up hiking it instead, a much more eco-friendly and satisfying option. Forget about the helicopter tour! We were on a (New Yorker’s honeymoon) budget, so we made do, and we loved our experience.

Would it be nicer if all that extra money were plowed into conservation or helping low-income people with housing instead of going to bloated American shipping companies? Of course. My hope is that if the Jones Act gets lifted, some tariffs and taxes that do the same thing but send the income toward conservation, clean energy, and thoughtful development get put in its place.

Still, that doesn’t mean Hawaii isn’t suffering the effects of overtourism. “As a 40-year resident of Maui, I have seen the population double, and nearly triple,” says Rob Parsons, an environmental consultant and Maui County’s first environmental coordinator under mayor Alan Arakawa. “There has been a steady climb of the visitor population as well, estimated at 25 to 30,000 on any given day,” which is higher on holidays. “The large number of visitors, while still the largest economic driver, is often blamed for anything and everything about our growing pains.” The lack of affordable housing, clogged roads, and busy beaches and parks are blamed on tourists like me.

If you visit Hawaii and spend any time at all outside of the resorts, you will be frequently reminded of how delicate and unique the islands’ ecosystems are. National Parks and gardens take any opportunity to teach visitors about the damage invasive species inflict on endangered species. And that is sometimes at odds with the community of vegans on the island.

“Feral pigs, goats, cattle, and Axis deer (originally from India, Sri Lanka) are extremely harmful to the watershed, causing erosion (and thus storm runoff), spread of alien plants, and wallows that breed mosquitoes and weaken native birds with avian malaria,” says Parsons. “There are animal rights [activists] and vegans who have vocally opposed control of these ungulates. But they are so damaging to farms, ranches, and forests that most rationally thinking people understand the need to control their numbers and impacts. There is an active hunting community for pigs, goats, and deer. Efforts are underway to harvest Axis deer and turn this invasive species problem into a local food enterprise.”

There are signs that Hawaii is ready to go bold on environmental preservation. The state has a goal of being 100% powered by clean energy by 2045, and is now at almost 9% wind, solar, and geothermal – a few percentage points more than the mainland. When Parsons participated in the 10-year update of the Maui Tourism Strategic Plan earlier this year, he says, “There was strong sentiment that the plan needed to incorporate cultural and environmental awareness and action plans.” Plus, the VERGE Clean Energy Summit last year had an all-day panel on “Sustainable Tourism,” to address current and future impacts of the visitor industry.