Everlane is under fire lately for allegedly taking advantage of the pandemic crisis to bust union efforts. Once a role model of a mission-driven do-good brand that “wears ethics on its sleeve,” Everlane is now under intense scrutiny for its labor practices.

Many consumers go to Everlane feeling good that they paid a fair price for something made “in the best ethical factories around the world,” with “the finest materials.” Ever since, Everlane has been recommended by Glamour, Business Insider, and many other media outlets as an ethical, sustainable fashion brand. But sustainable fashion advocates have questioned its environmental credentials for some time now, asking: does Everlane actually live up its green halo?

Let’s take a deep dive into Everlane’s social and environmental practices and find out.

1. Some transparency in pricing and manufacturing. Everlane was one of the first companies to disclose how much your clothes cost to make and sell, from materials to labor to shipping. As a direct-to-consumer company, it promised to cut out the middlemen and sell you high-quality clothing for a fair price. The company also shares information about where each iconic product is made, factory locations, pictures, and the number of employees.

2. Sustainability initiatives on specific products/collections. Everlane recently rolled out the buzzy carbon-neutral sneaker, Tread, which uses recycled rubber, recycled plastic, and leather from gold-certified tanneries. And Everlane’s denim factory—which it featured in a glossy marketing campaign—recycles 98% of used water and uses renewable energy. Another case in point is Everlane’s ReNew collection, which is made from recycled fishing nets and plastic bottles.

3. Forward-looking goals. Everlane pledged to source 100% GOTS certified organic cotton by 2023, which is a good start. And in 2018 it launched a “No new plastic” campaign, which promised to eliminate 100% of virgin plastic from its supply chain, by 2021, including products and plastic packaging.

Indeed, all of these efforts are applaudable, but are they enough to substantiate Everlane’s claim of “radical transparency” and its reputation among consumers as a leading ethical fashion company?

1. Insufficient social and environmental data. It is excellent to get a sense of where your clothes are made and by whom. But at the end of the day, Everlane’s transparency is just a bunch of pretty pictures. We have no idea whether the workers are paid a living wage, how many hours they work per day, or whether they have access to union representation. Everlane does not have any certifications like Fair Trade, SA8000, or participate in FLA (Fair Labor Association) to prove they are paying a living wage. Everlane’s Vendor Code of Conduct only mandates minimum wage, instead of a goal and commitment towards a living wage. Furthermore, except for denim, there is no sustainability data about manufacturing processes, such as greenhouse gas emissions, water, and hazardous chemical use. For the same reasons, Good On You and Eco-stylist rated Everlane as “not good enough”, or “failing the test”.

2. Lack of transparency deeper into the supply chain. Everlane publicly listed all of its cut-and-sew factories, the so-called Tier 1 suppliers. However, Tier-1 suppliers are only a small part of the picture; the most substantial environmental and social impact usually occurs further upstream, especially during raw material production. There is no evidence that Everlane has traced its supply chain to textile mills (Tier 2) or material suppliers (Tier 3). Compared to Patagonia, VF Corp, Eileen Fisher, or even H&M, who have all done extensive supply chain mapping, some even to the farm level, Everlane’s extravagant claim of “radical transparency” clearly falls short.

3. No extensive use of sustainable materials. Everlane aggressively markets specific products that sound world-changing, such as the carbon-neutral sneaker and denim made in the cleanest factory mentioned above. But beyond these items, most of their products have no explanation of where their raw materials come from and why they are sustainable. There is no comprehensive list of materials that Everlane uses, what percentage are certified sustainable, what is the goal, and the plan to get there. It is misleading to tout a few hero products and project the green aura around the rest of their product lines. Fashion blogger Lily put it succinctly: it’s like “showing the image of the only person of color and claiming that your company is diverse.” 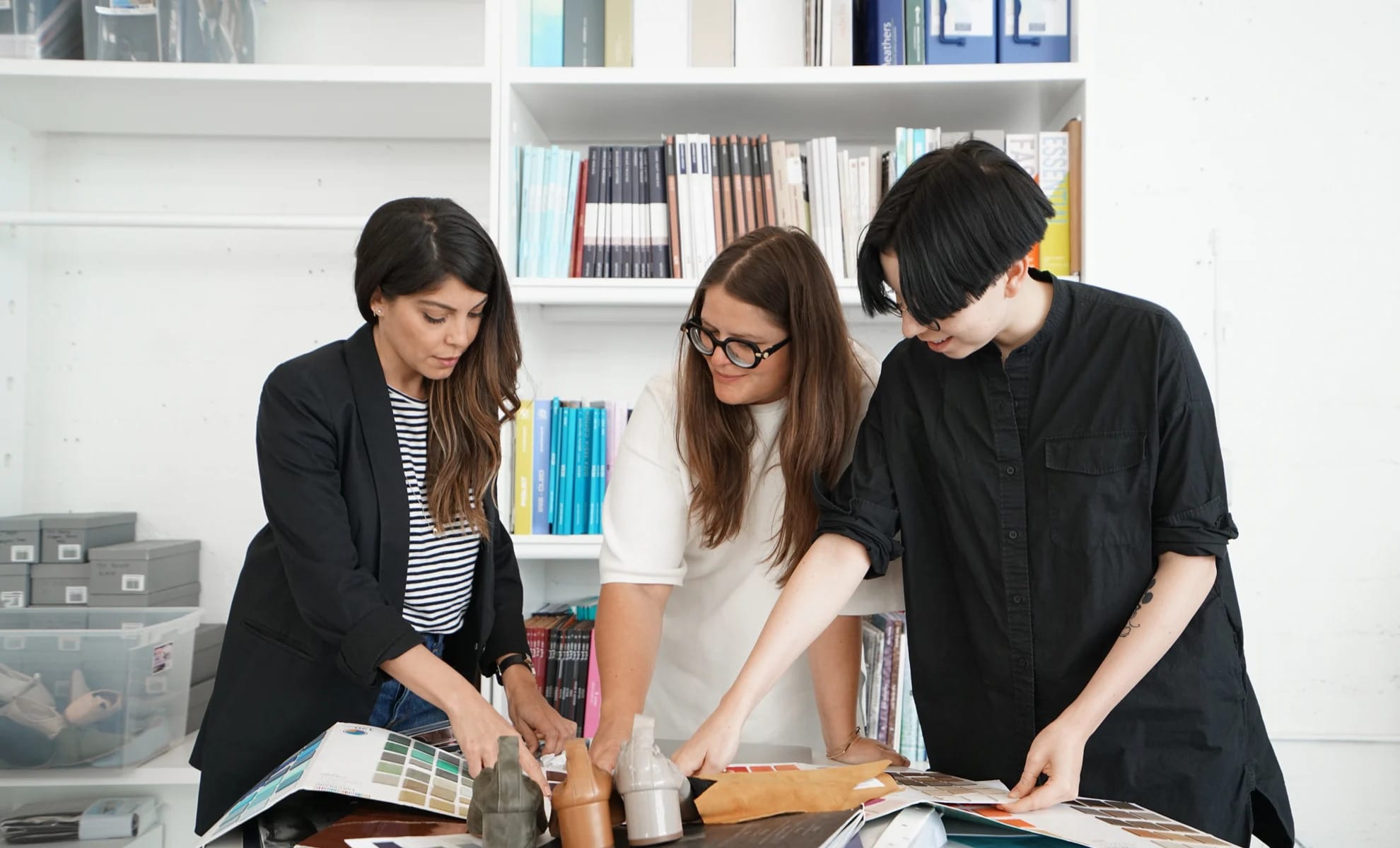 Since late 2019, Everlane’s customer experience (CX) team, who were paid $16 per hour with no benefits, has been rallying to form a union. After gaining majority support, the Union emailed Everlane corporate to ask for voluntary recognition, but received no response. Merely four days later, Everlane laid off or furloughed almost 300 people. Everyone who has publicly voiced support for the to-be union was fired. Although Everlane founder Preysman denied the correlation between the union and layoff, the suspicious timing, hypocrisy in its union policy, and lack of transparent dialogue, make me question whether Everlane is really as “radically transparent” and “ethical” as it touted to be.

1. Suspicious timing. The company claimed that it has no cash balance and is forced to cut down to the bone in the hope of survival. As a digital-native DTC (direct-to-consumer) company, retail is never a big part of Everlane’s business. Even after the lockdown, the brand continues to sell aggressively online. In fact, not long before the layoff, Everlane sent an internal email to all employees stating that online sales “have been surprisingly solid”, increasing 32% on a week-over-week basis. The union supporters, together with other employees, were constantly reassured that the company was not planning on layoffs, only to be locked out of their work accounts, shortly after asking for union recognition.

2. Hypocrisy in union policy. Everlane claims to support worker’s right to unionize, and stated that the Union has never filed a petition with the National Labor Relations Board (NLRB). The Union’s legitimacy, however, does not depend on formal involvement from NLRB. In fact, most unions in the US don’t go through NLRB. Furthermore, Everlane has been taking anti-union actions since the beginning. From emailing employees that a union would “reduce transparency” between the employees and employer, to understate Union’s power in advocating for workers’ voice, Everlane seems to use tactics “pulled straight from the union-busters playbook”.

3. No transparent dialogue. Even if it is true that Everlane has no intention to use the crisis to sabotage the Union, they could have been upfront and transparent with the communication. For example, Eileen Fisher offered employees options of voluntary leaves, reduced job scope/salaries, and continued to pay for health benefits. “If we had more of a dialogue with Everlane, we would have gladly done that”, a former CX member told Vogue. What motivated the unionization effort was the workers’ collective faith in Everlane and its stated value. “We loved Everlane and believed in it, and we would have done anything to make sure the company was operating with as little expense as possible. But none of us were given those options.” For a brand that prides itself on transparency, and makes T-shirts printed with “100% human,” Everlane should act like so to their employees.

Everlane built a reputation for transparency and for taking care of its workers and the planet. Founder Preysman even urged that “Businesses have to push the world forward.” But Everlane’s actual social and environmental performance cannot justify its marketing slogan. The New Yorker even remarked that “the most radical thing about Everlane is its marketing.”

Admittedly, the fashion sector has been hit particularly hard by the pandemic, and Everlane is not alone in the layoff wave. However, companies that claim to be “mission-driven” should be held to the higher standard that they themselves profit from. If Everlane cannot speak to its value when it really matters, what’s the point of building a brand identity upon it?

Sustainable fashion is incredibly complex, and no one is perfect. But Everlane can do so much better. At the very least, the company should be honest about where it can do better, instead of making misleading, extravagant claims that it cannot deliver on.