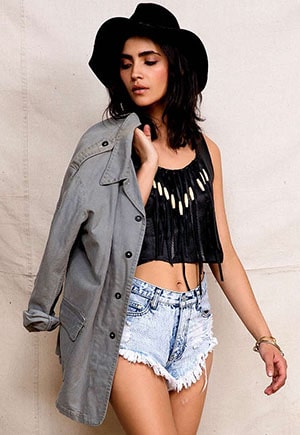 The Free Spirit look is so enticing – it’s an opportunity to tap into your inner creative, to evoke another you – the one who doesn’t have responsibilities, who is unstressed and loving, who travels more often to more exotic locations and has had amazing life experiences that are unpackaged and uncoupled from commercial America.

Music Festival You is chill and wise, laughs more, dances spontaneously, and has lots of great sex with her hot, muscular surfer bf (or gf). Studies have even indicated that we start to inhabit the perceived role of a uniform. If you can be more focused and productive when wearing a white lab coat, why can’t you have more fun and feel more free when bedecked in feathers, fringe, and boots?

In short, music festivals are a place where you can wear creative and interesting clothing without putting your next promotion at risk or having that guy think you’re an easy lay. It’s like a safe space for ochre and ombré dress up.

It’s easy to see how we got to this zeitgeist, where there has come to be a sort of uniform for music festivals. It used to be music festivals were attended mostly by traveling hippies and actual Free Spirits, ones who sold ‘shroom chocolates and blown-glass bongs, who seemed to be happy enough living out of a hatchback or tent during the hazy summer days. (Yes, I’ve smoked pot in a circle of these hippies at a music festival.) They had put the work in, collecting their cool outfits through their travels across America and on backpacking trips through South America. They haggled over those bangles with artisans in India, dug through thrift store bins in Arizona, learned how to braid their hair while sitting in a drum circle.

Of course, with any counter culture, this style was eventually co-opted, repackaged and sold by corporations like Free People and Urban Outfitters. Now you don’t actually have to travel and cliff jump and take ayuasca from the hands of a shaman in the jungle to look like you have.

And this is where we all went wrong. When you buy a Navajo-inspired crop top that was designed by a white person, then made by an underpaid worker in Bangladesh, your profits go to a rich white dude. And the Navajos, who may I remind you, have been f***ed by white people repeatedly since the moment we stepped foot on these shores, again get no recognition for the long tradition and craftsmanship that goes into a beautifully patterned rug whose cheap approximation is stretched across your boobs. (Yeah, they did actually sue Urban Outfitters a few years back. Most native traditions can’t even do that.)

To put it another way, we told them their beautiful and conscientious traditions were worthless and undesirable, until we wanted to use them for music festivals, so then we just took their ideas and screen printed them onto throwaway fashion so we could make a profit off of it. Ick, ick, ick.

It’s called appropriation. And you don’t want to be involved in that.

Look, you don’t need to put on a pair of Levis and a plain t-shirt for music festival season. There’s an easy and simple alternative. Just buy the fashion from the artisans who make them! If you like Navajo fashion, buy it from the Navajos. If you like Peruvian patterns, buy them from fairly-paid Peruvian artists. Get the vintage look by – shocking, I know – buying vintage fashion. Or at least buy fun fashion that was made with respect for the earth and your fellow humans.

Because if you’re going to look like a hippie this weekend, you should act like one, too.

(Note, you’ll notice links in here to Urban Outfitters. I like to support their Urban Renewal line, which is composed of sustainably made pieces, plus their local artists and non-toxic beauty, while ignoring the rest of their stuff. Let’s show them ethical is profitable!)

Does "Certified Sustainable Palm Oil" Even Mean Anything?