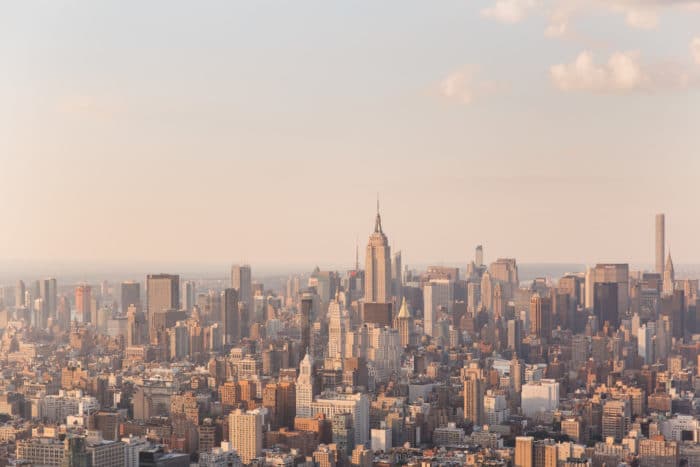 This article is part of a collaboration between the United Nations Development Programme (UNDP) and the Ethical Writers Coalition.

How often do you brainstorm where you’ll go when climate change hits your community? I do it often.

We own our apartment in Brooklyn, about a 15 minute walk from the waterfront. I’ll look up the flood zones in New York City, peering at my block. There’s an ominous finger of flood zone that points from the north down at my apartment building, but doesn’t quite reach it. This is brief consolation, because even if my apartment building is not flooded, that doesn’t mean life will continue like it has before.

Natural disasters are messy, their effects uncontained. The power outages that stretch far from the flood zone, the briny water flowing through the subway system, the economic damage of businesses all closing down and workers unable to get there to do their job – these are the most obvious short-term effects of Hurricane Sandy, the disastrous storm that shut down New York City for several days in 2012. And it wasn’t even still a hurricane when it hit. It had been downgraded to a Category 2 storm.

Because of climate change, extreme weather events like Sandy are more and more likely to happen – in fact, they already are. Since 2000, climate-related disasters are up 44% each year. Worldwide, weather-related disasters have displaced an average of 62,000 people daily since 2008. It’s here now. Climate change is quite simply one of the greatest threats to humans, a shower of asteroids of our own making.

How It’s Coming for You

Here are the basics of climate change: Greenhouse gas emissions are caused by human activity. When we use pull fossil fuels – oil, coal and gas – out of the ground to power our transportation, home energy, and manufacturing, we release carbon dioxide and methane into the atmosphere. These gases form a “shield”, which works to trap heat inside our atmosphere, causing global warming.

Each day we spew 110 million tons of greenhouse gases into the atmosphere, mainly from cars, heating/air conditioning, cooking and lights. We started doing this during the industrial revolution, but it keeps ramping up – since 1990 global emissions of carbon dioxide (CO2) have increased by almost 50%. And from 1880 to 2012, the planet’s surface temperature has increased an average of 0.85 °C, and it’s accelerating. During the past year, measurements taken across the globe during various periods have reported abnormally high temperatures. The year 2016 is the hottest on record, with average temperatures nudging towards 1.5 degrees above pre-industrial levels.

Global warming leads water to expand in volume, and ice to melt into the sea, leading to sea level rise. Over the last 10 years, the ice cap in Greenland decreased by 215 billion tons per year. Sea levels have risen by an average of 19 cm between 1901 and 2010. About the time I turn 80, average sea level rise is predicted to be 24 to 30 cm. Three-fourths of all large cities are located on the coast. Billions will be affected.

Without action, the world’s average surface temperature is projected to rise and surpass 3°C (and more in some areas of the world) in the 21st century. And that scares me. It puts me into research mode. Where can we go? What can we do? Will our savings be enough?

It may not seem like much: 1.5 or 2 degrees celsius. That is 3.4 or 3.6 degree Fahrenheit. It’s the difference between setting your thermostat to account for wearing a sweater, or deciding a silk blouse is just fine. It’s not enough to warrant peeling off your gloves, or taking your hat off. In fact, the feeling of an extra 3.6 degrees Fahrenheit can be obliterated by a cool breeze picking up. I’m privileged to, for the most part, shake off these effects. So far. But climate change is coming for me and the people I know, too.

I say this completely aware of the massive amount of privilege and resources I have compared to those whose homes were flattened by Hurricane Sandy way out in Brooklyn, and to people living in Bangladesh, or on island nations. What a privilege it is to research climate resilient countries and ponder which one would be the most comfortable to live in. New Zealand? Norway? Canada? To discuss these options with my fiancé and even plan a vacation there, just to see. To have a savings account at all, that can help pay for a visa and emergencies.

On super hot days I can switch on my air conditioner, and pull some ice from my freezer for my drinks. But the risk of of once-in-a-thousand hot days has already gone up fivefold. When we reach 1.5 degrees celsius, the risk of those days will double again, and double again from 1.5 to 2 degrees. I can continue to air condition my apartment (though my electricity bill will probably double and quadruple). Still, New York will be fine, if too hot for my beloved rooftop parties in high summer. Parts of southwest Asia may become literally uninhabitable without permanent air conditioning once average global temperatures rise by 2 degrees Celsius. As in, you would not be able to go outside and survive.

My fiancé is from Venezuela, a country whose economy has been on a long slide downward. Exacerbating that last year was a drought, which led to such low levels of water behind the hydroelectric dam that the government instituted daily four-hour blackouts, and gave government workers three-day weekends. With an extra half degree Celsius warming from 1.5 to 2 degrees, the length of dry spells in Central America, plus southern Africa, the Mediterranean, and the Amazon basin will likely dramatically increase, leading to an entirely different type of climate in these areas and affecting crops. What will happen to the delicate rainforests, to these countries’ crops of food we love, like bananas, coconuts, coffee, chocolate, and other tropical fruits? Even our own corn production in the states will suffer.

If current consumption patterns continue, two-thirds of the world’s population could be living in water-stressed countries by 2025, where demand for water could exceed supply. Think about that. Water is life, and without it, people get desperate, and violent. Imagine the current refugee crisis, compounded. How long can we bar the increasing flood of climate refugees from entering our country? Can our political system handle it? It’s already caused existential divisions in our country and in Europe.

If nothing else, the idea of never again snorkeling above a vibrant, colorful coral reef should make you sad.

What You Should Do

Look, even if we stop emissions now, our planet won’t go back to the way it was a century ago for several centuries. But it is still possible, with the political will and a wide array of technological measures, to limit the increase in global mean temperature to 2 degrees Celsius above pre-industrial levels. I personally do not want to see what is on the other side of that 2 degrees. I am not so secure in my privilege to harbor the illusion that a natural disaster can’t storm the gates of my life.

That’s why it’s so important to help drive forward political will to address climate change. I’m not even asking you to care about people in Bangladesh, or Yemen. I’m asking you to be selfish, to think about your own future, and the future of your own children and nieces and nephews.

First, learn more about climate change. Before the Flood is a great place to start.

Then, quickly offset your own carbon emissions here.

But that is just the beginning. You need to get political in this fight. Go to town hall meetings and ask your representatives whether they support a tax on carbon, or a cap-and-trade system. Call their offices, or fax them if they aren’t picking up the phone. Get involved in taking back the House of Representatives in 2018 through the political organizing site Swing Left. Once they know we care, they won’t be able to ignore this any longer.

Leah at StyleWise admits she used to be a climate denier. Here’s why she changed her mind.