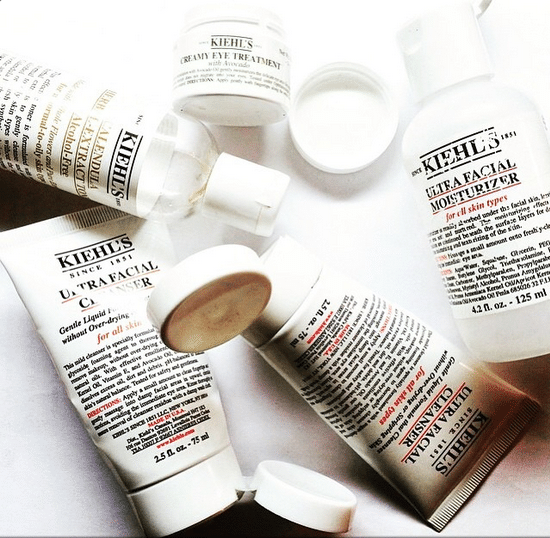 It all started in the heart of NYC’s East Village in the year 1851. The company Kiehl’s was founded by John Kiehl, later to be bought by a Russian-Jewish emigre and pharmacologist by the name of Irving Morse. Kiehl’s was a small, family-owned homeopathic pharmacy known for their natural skincare products, and in the 1980’s Aaron Morse helped bring it to international recognition.

In 2000, the company was bought out by L’Oreal, but to this day, the company’s branding strategy reflects these humble beginnings as a natural and homeopathic brand. But is that still true?

To date, Kiehl’s has donated about $3.5 million to charities related to their three core initiatives which include environmental sustainability, HIV protection/ education, and children’s wellbeing.

Kiehl’s has a recycling program in place where for each empty Kiehl’s battle you return, you earn one stamp. Once you’ve got ten stamps, you get a complimentary travel sized product.

According to the Kiehl’s website, their “unique formulations are made with the finest naturally-derived ingredients.” The website goes on to list the natural ingredients that can found in their products, ingredients like lavender, caffeine, vitamin C, blue algae, and rosa arctica. And slowly but surely, Kiehl’s seems to be moving away from parabens, sulfates, fragrance, and silicone, and towards safer yet still effective ingredients.

Considering Kiehl’s is so proud of its “naturally-derived” beauty products, I find it strange that they don’t disclose full ingredient lists on their website. Rather, the website lists two or three naturally-derived “key ingredients,” leaving it up to you to read the full ingredient list in person at their store, at one of their physical retailers, or dig it out on an online retailer’s site, like Nordstrom. You have to be diligent in checking ingredients lists for each Kiehl’s product before making a purchase, because a sadly large number of their products still contain the dirtiest ingredients like parabens, sulfates, fragrance, and silicone.

Overall, EWG Skin Deep Database gives Kiehl’s a 5 on their Hazard Score (a method of rating companies, products, and ingredients on a scale of 1-10 with 10 being most hazardous), setting the company at a “Moderate Hazard.”

As I’ve said in past posts, using “fragrance” on a label, which is meant to protect companies’ “business secrets,” ultimately prevents consumers from really knowing what they’re putting on their bodies. According to EWG, fragrances are among the top five allergens in the world.

Sulfates are known skin irritants and possible hormone disruptors, and, needless to say, best to be avoided.

Environmental Working Group has listed parabens as some of the most toxic substances found in cosmetics. Parabens are estrogen disruptors and have been linked to breast cancer.

This ingredient, which is listed as a moderate hazard, is a known skin irritant and allergen, with moderate concerns for organ toxicity.

Moderate risk for organ system toxicity and considered to be an eco-toxin.

What bothers me the most about Kiehl’s is their lack of transparency. They seem to do a lot of dodging and withholding in regards to their practices and ingredients.

For example, on the topic of animal testing:

Thank you for your interest in Kiehl’s, a brand of L’Oréal USA, Inc.

L’Oréal no longer tests any of its products or any of its ingredients on animals, anywhere in the world nor does L’Oréal delegate this task to others. An exception could only be made if regulatory authorities demanded it for safety or regulatory purposes.

This is a very misleading statement, because later in L’Oreal’s report on animal testing they admit that in the case of China, where animal testing is required by law, the practice is “unavoidable.” L’Oreal has confirmed in the past that it does not test finished products on animals, but makes no mention of individual ingredients.

In conclusion, my problem with Kiehl’s is the lack of transparency in regards to their ethical objectives and practices. They’ve built a brand that suggests familial and community-minded ideals with a focus on simple, natural products, but their practices don’t hold up to this image. Obviously, being part of a huge corporation like L’Oreal gives them little flexibility in allowing the company to align values with business practices. For big changes to really happen, it needs to come from the top, and I think L’Oreal is more concerned with the bottom line than they are business ethics. 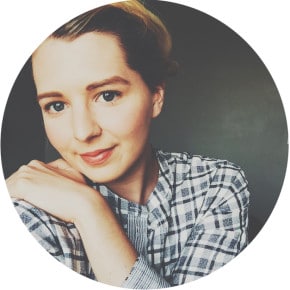