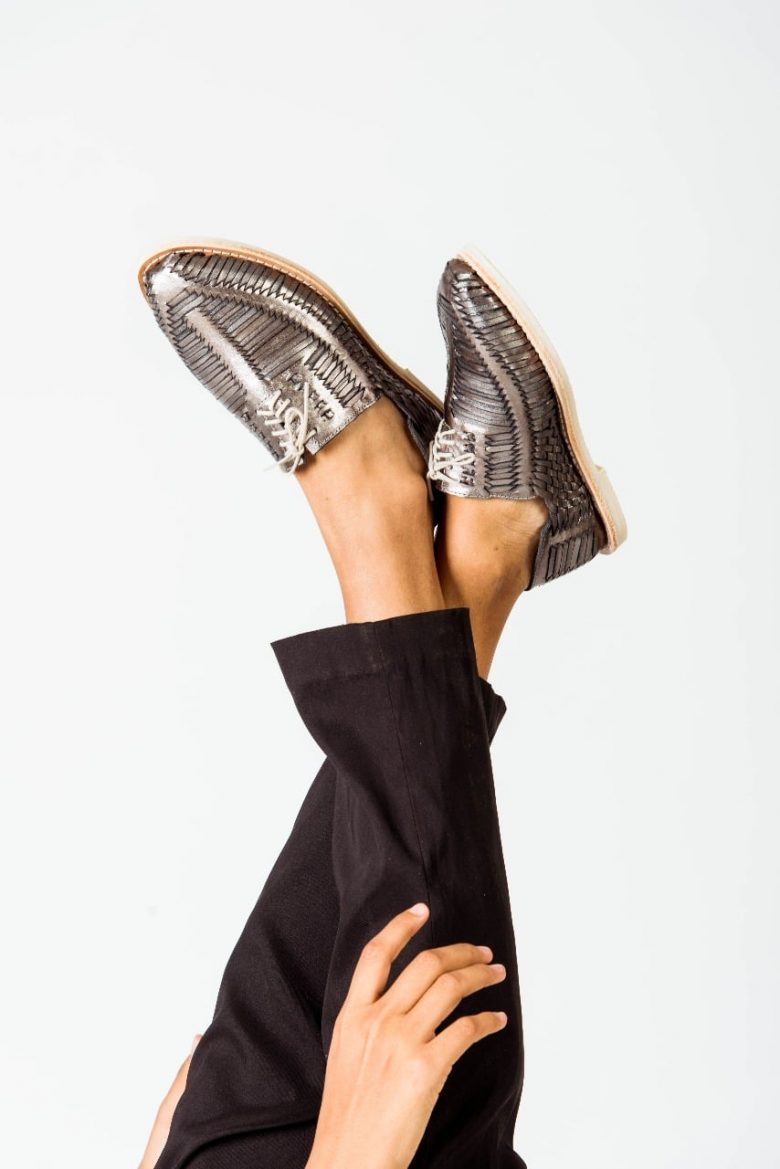 This post is generously sponsored by CANO. As always, EcoCult only works with companies we believe are doing good things. Support EcoCult by supporting them!

You’ve probably heard of huaraches by now, the famously high-quality and comfortable woven leather shoe from Central America. I’ve often seen them around at markets, but I never bought a pair because I didn’t know if they were made ethically, plus they weren’t quite sleek or modern enough for me.

But did you know that–while many shoes in North and South America are called huaraches simply because of their aesthetics–technically, the shoes can only really be considered huaraches if they’re handmade using a specific traditional leather-weaving technique?

Now two Europeans who fell in love with the vibrant culture of Mexico have decided that the rest of world needs to own a pair of authentic, ethical, Mexican-made huaraches. Lukas and Philipp, the Founders of CANO, have partnered with traditional Mexican tejedoras (weaving artisans) to design a shoe that allows modern women like me to tap into the Mexican spirit with shoes that can be worn in almost any situation–dressed up or down, city or countryside–while simultaneously having a hand in preserving Mexican tradition and culture. 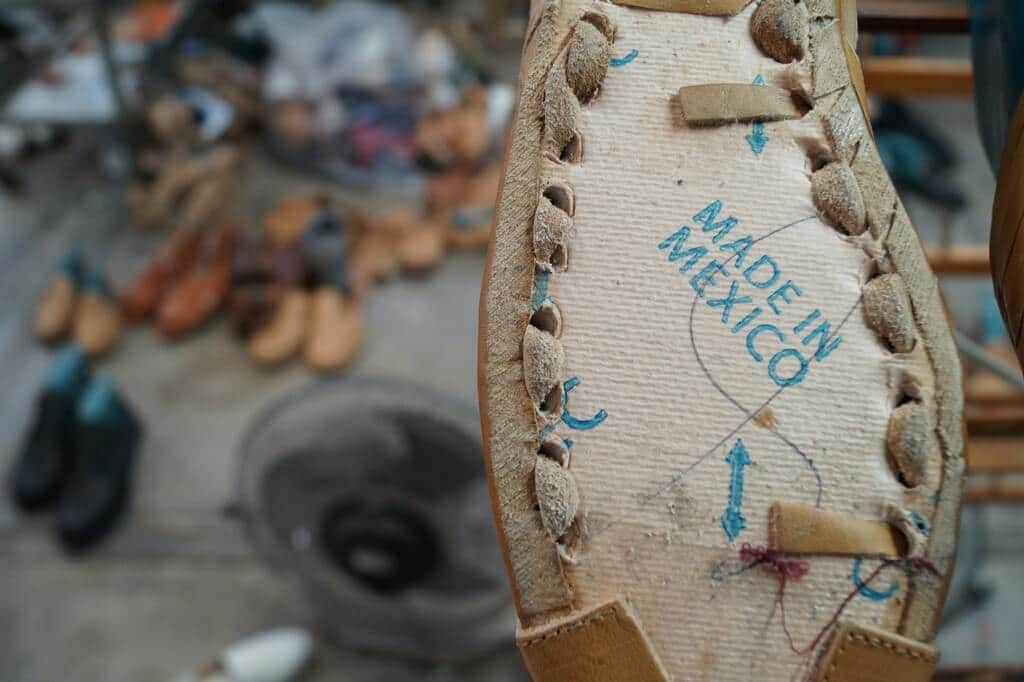 The exact origins of huaraches are somewhat debated. People have been hand-making their own sandals out of leather hides for centuries, starting with a simple flip-flop type of shoe with a strap and eventually evolving into a more complex woven shoe with a more sturdy back and top that still provided some airflow in the hot climate. Eventually, the technique used to create huaraches was developed using one strand of leather to weave into a shoe. This craft, which entails hours of work to create on of these shoes, has been passed down from generation to generation, resulting in something that’s simultaneously beautifully patterned, practical, and durable. 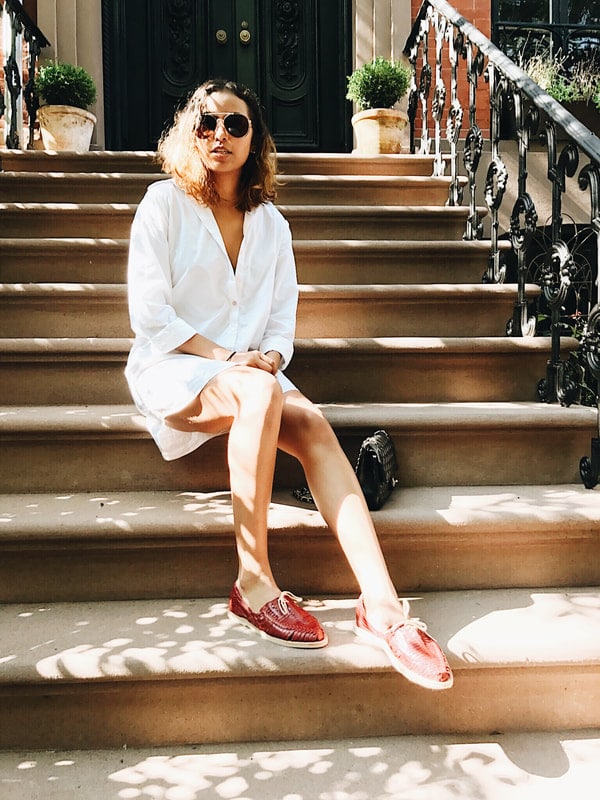 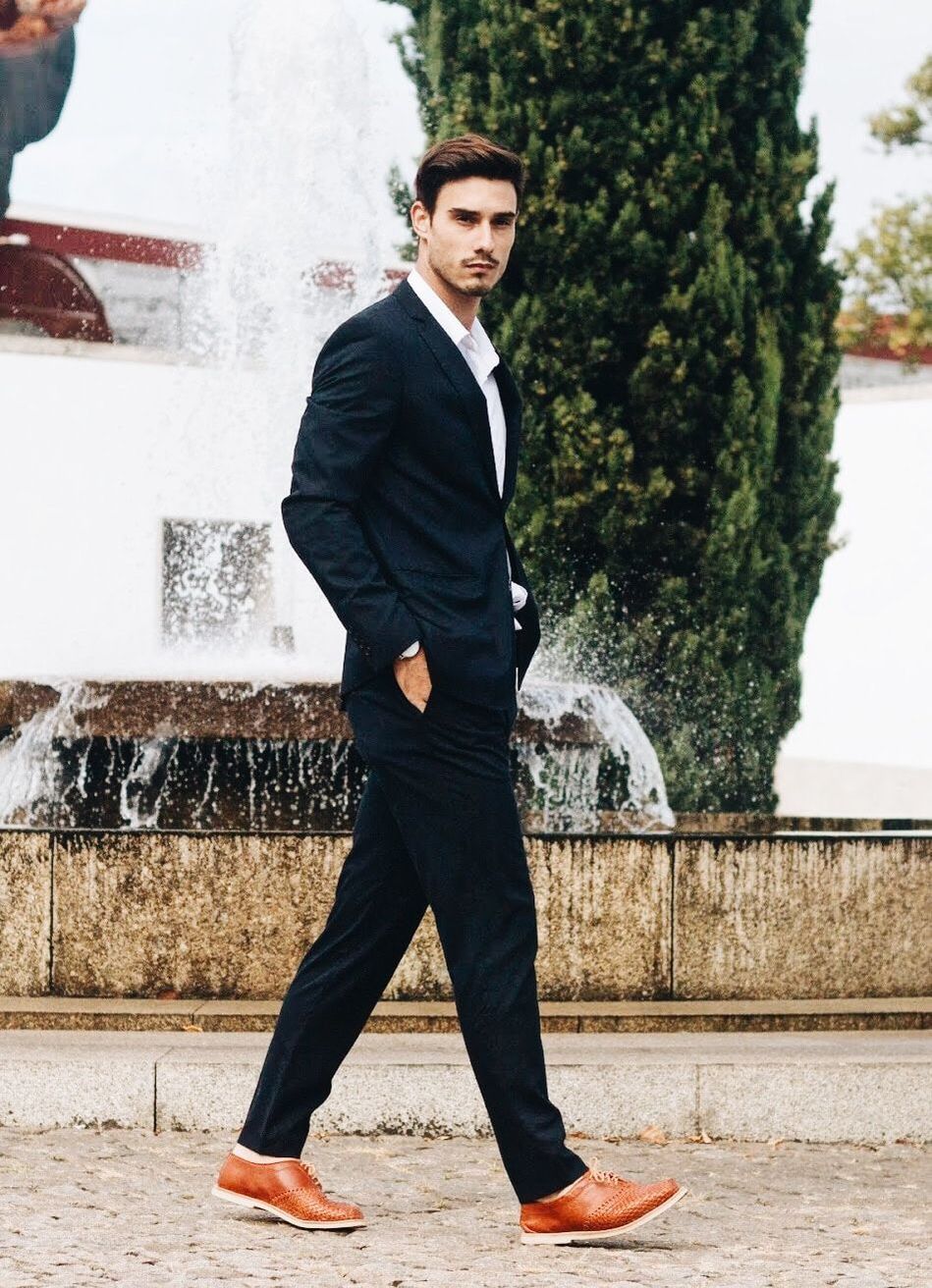 For Happy Feet and #30wears

Because of the high-quality nature of the leather and the way the shoes are woven, they actually adapt to your feet over time, becoming more comfortable as you wear them. And since CANOs combine traditional weaving with modern design, you can dress up your CANOs and wear them to work, while letting your feet breathe with the airflow like you’re wearing sandals. 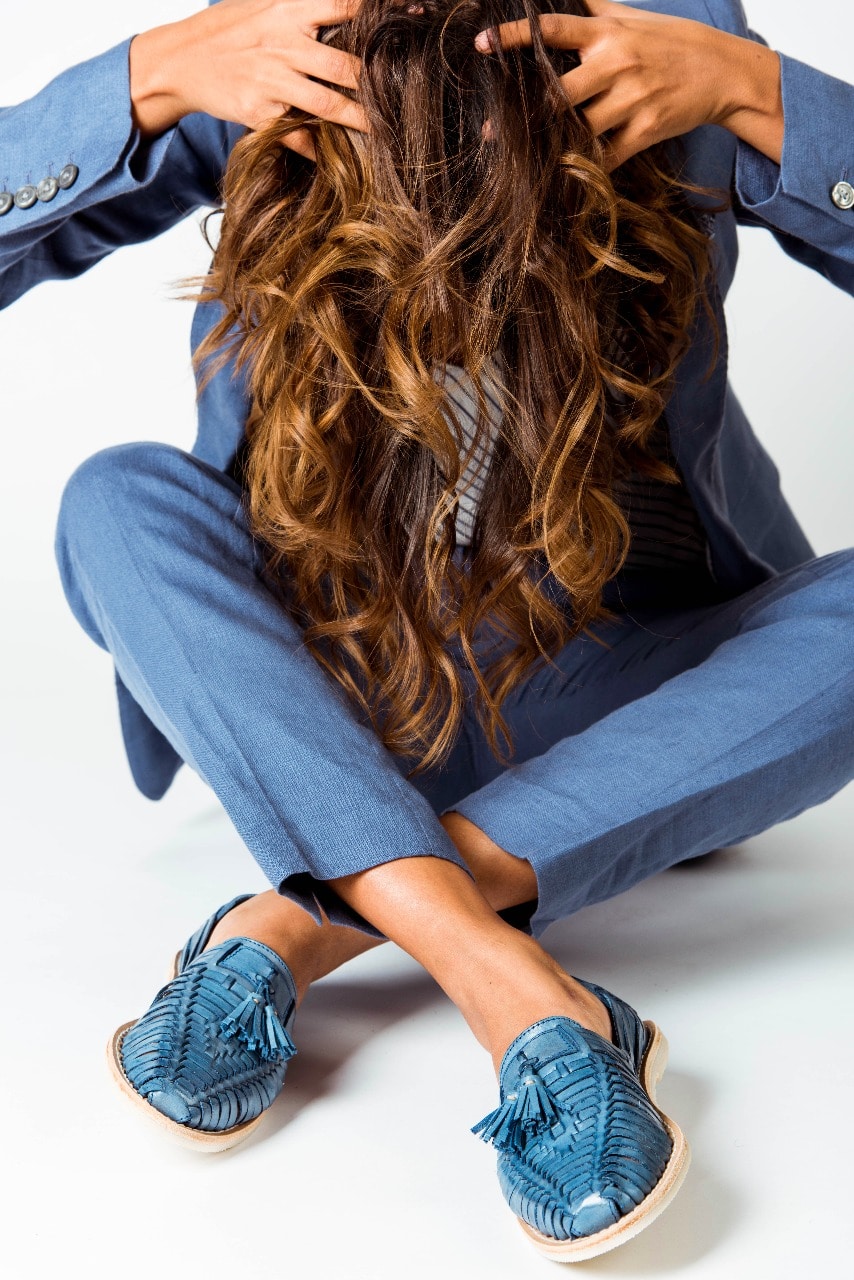 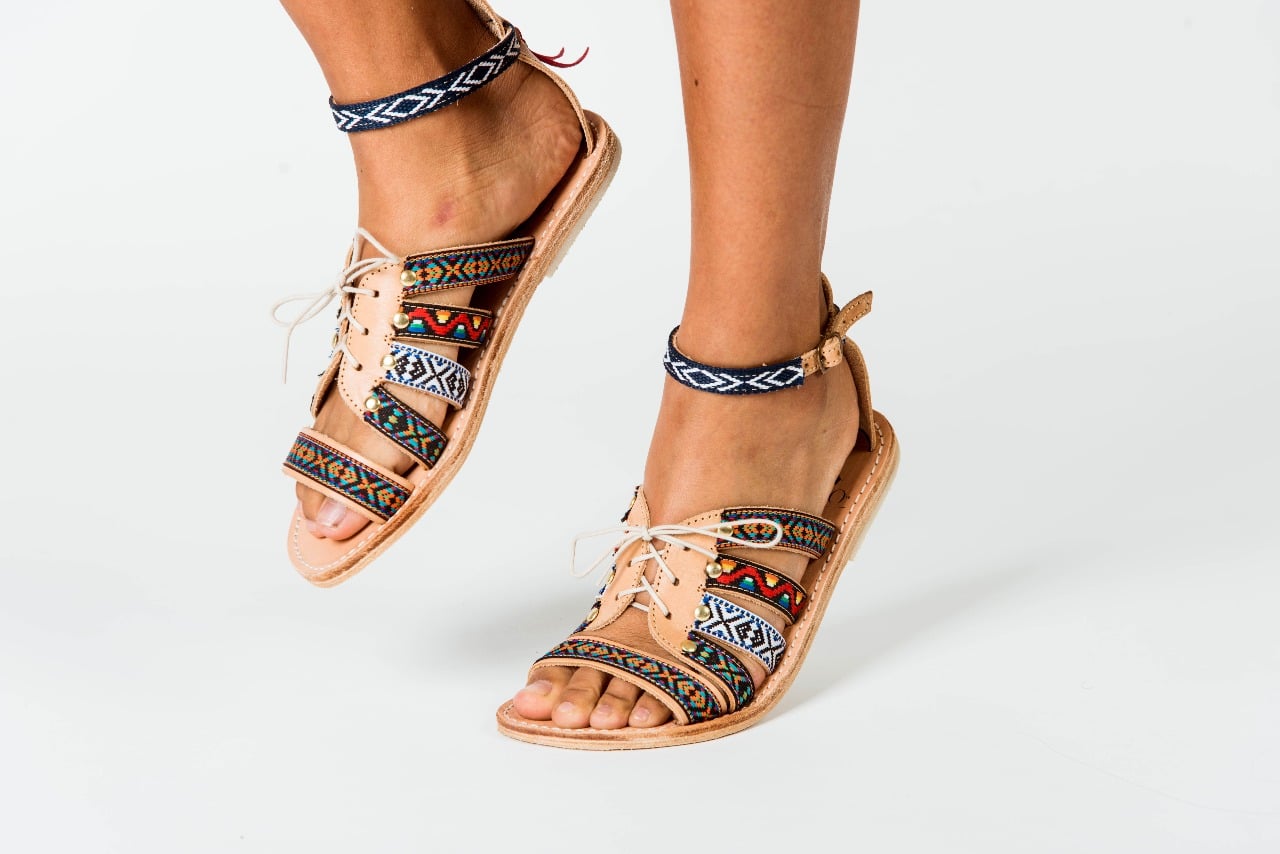 The CANO team believes that “a company’s focus on sustainability does not limit its profit potential. Instead, maximizing the company’s success can go hand-in-hand with sustainable manufacturing and therefore with preserving the world’s well-being.” All of the leather used for the shoes is sourced locally from pasture-raised cows. It’s dyed using an extensive 14-step vegetable tanning process (which uses zero synthetic chemicals) that follows a 200-year-old method and takes almost a whole month to complete. The way huaraches are traditionally made allows for the shoes to be extremely low waste, too. The thin strings used to weave the sandals can be cut from almost any part of the hide, leaving almost nothing remaining. 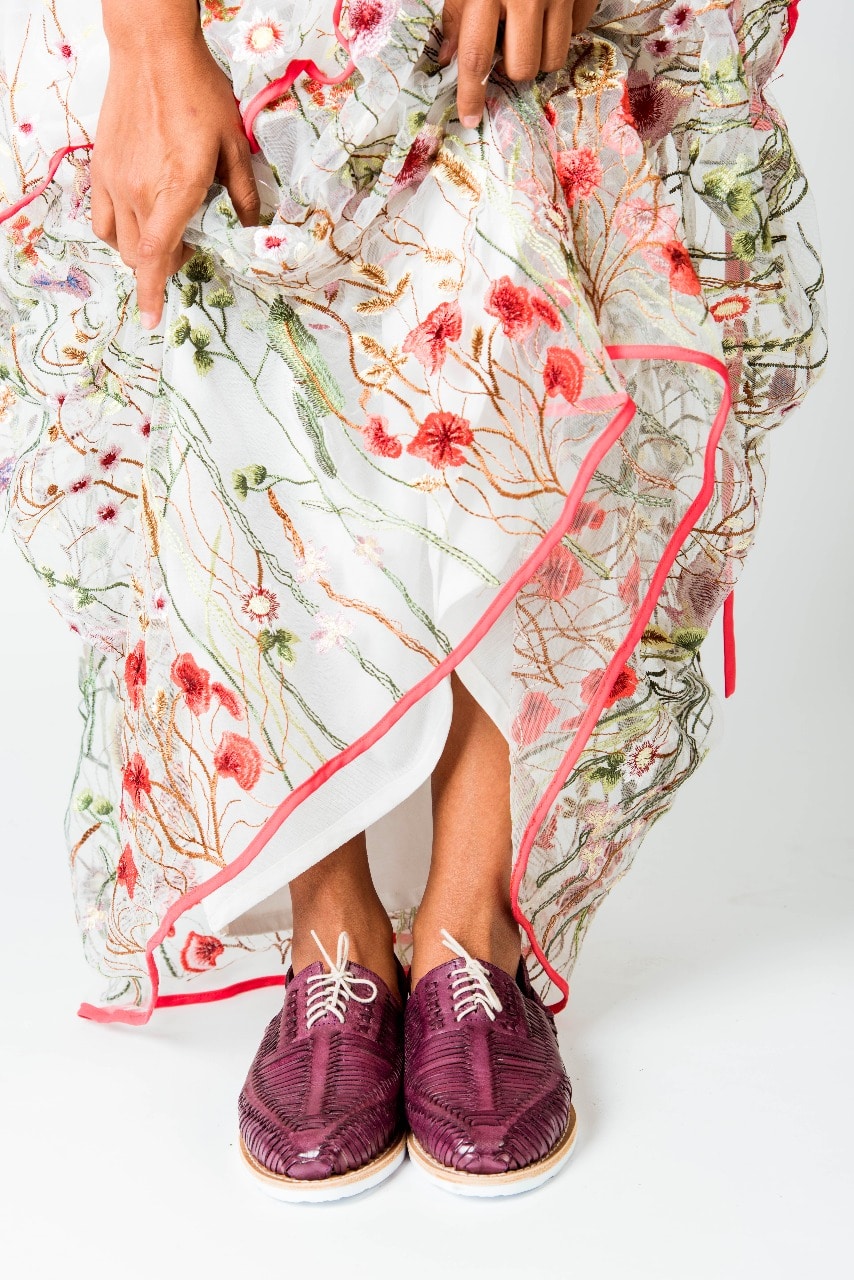 Lukas and Philipp wanted to find the best artisans in Mexico to make their shoes in a way that would ensure the traditional weaving process wouldn’t be sacrificed. As they traveled through Mexico, they passed Leon, Mexico’s shoe-making capital, and Guadalajara, a huge metropolis, to eventually land in a small town called Sahuayo in the Mexican state of Michoacán. Together with the talented artisans they found there, the CANO team designed a shoe that blended the Mexican culture and traditional practice of huarache weaving with more modern styles of shoes you’d find today.

Part of the vision for CANO as a brand is to give traditional Mexican artisans the recognition and credit they deserve in the age of fast fashion. Most of the artisans are women, who are not only paid a fair wage for their work, but are also given the flexibility to craft the shoes at home so they can make sure their kids are picked up from school and cared for. You can check out one CANO artisan’s work in action here.

When many social impact brands train workers in a new skill in order to provide them with a job, CANO recognizes that they wouldn’t even be able to exist without these artisans and the knowledge, tradition, and extensive skill they bring to the table. Therefore, Lukas and Philipp spend a lot of time in Mexico in order to build a long-term, truly collaborative relationship with the goal of bringing traditional huaraches to the international stage.

So walk away from the cheap imitation huaraches at that random market stall, and invest in the real thing.

Contribute to CANO’s Kickstarter campaign, and save on your first pair of CANO huaraches, here!