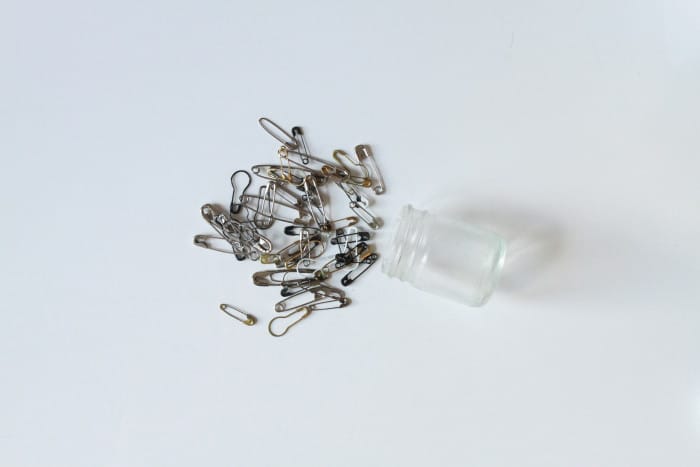 I’ve never considered myself a political person. I am now. And you should be, too.

I’ve spent the past couple of weeks gathering my thoughts. I’ve been reading a lot, parsing through competing opinions, trying to understand what happened on November 8th. I’ve taken a lot of little actions here and there – donating, signing up for things, calling my reps.

And now I’m sensing a coalescence into a generally agreed-upon plan for not only surviving a potential Trump presidency, but using the election results to galvanize us into action. This may have been a step back, but if we do this right, we could take a leap forward soon.

Here’s how to be an effective environmentalist and progressive, protect our planet, and support broad change in this new world we find ourselves in:

Yes, Trump is a bigoted, sociopathic, bullying, lying, sexist, groping, fear-mongering, homophobic, cheating, climate denying, ignorant asshole. But you can’t fight all of these things at once, and you can’t do it with hyperbole. If you go into every debate leading with, “Trump is racist and so are his voters,” then you won’t get anywhere.

Choose a cause/message (no more than three) that you most care about, and prioritize your time, money, and emotional support toward them, instead of getting distracted by whatever stupid thing Trump is tweeting about today. (Narcissists thrive on attention. Don’t give it to him.) Personally, I’m choosing three things:

1. Keeping the election a fair representation of the will of the people (starting with faithless electors and recounts, and donating to this guy, then abolishing the electoral college, and combatting voter suppression by the Republican party)
2. Protecting the environment and combating climate change
3. Preventing corruption and narrowing the wealth gap

Whatever to the Hamilton musical drama; what I care about today is Trump’s appointee to the EPA, a climate denier. Tomorrow, I will still care about this. And next week, and three months from now, and next year I will still be following Trump’s actions on the environment and fighting them from all fronts. I will care about The Wall when he makes moves to build it. Right now I’m watching him stock his cabinet with wealthy establishment Republicans, and flouting conflict of interest guidelines. (I know there are other important issues – and I know others will choose to support them instead of the environment, and that’s great.)

By slavishly devoting yourself to just a few issues, you can also become shockingly informed. When entering a debate or discussion, it’s important to make sure you have specific facts (including numbers) and a bipartisan source for them. And it’s important to really know your stuff for when you call your representative. (More on that later.)

In summary, ditch the fluff and get to the meat of the matter: the legislation, the policy, the money, the things that are happening now that will impact people’s lives in a concrete way.

Here’s how to do that…

You can’t do any of the above without the facts. A good citizen is an informed citizen. And this election sounded the alarm bell. Fake news spread quickly in a populis that can’t tell when they’re on a fake news site. Russia got involved in spreading propaganda in support of Trump. Trump has indicated he want to use strongman tactics to silence journalists. I even saw some liberal Facebook friends sharing nonsense about Hillary leading a pedophile ring. Right ring readers were engaging more with policy stories than left wing readers. Now is the time to read and support journalism.

Forget the tweets and Facebook comments. Representatives are moved by CALLING. Here’s why. Here is the very best guide to calling your representatives. Read it all, do what it says. And download this guide.

4. Donate to a cause that will be attacked or de-funded by Trump.

Please, please, please make it a recurring donation. That allows the organization to better plan ahead according to what money will be coming in. Treat it like a monthly bill: important, to be worked into your budget. Here’s a bunch of ideas for where to donate to.

5. Volunteer for a cause that will be attacked or de-funded by Trump.

Politics on the local level are just as important – that’s where marijuana has been legalized, plastic bags banned and taxed, chemicals regulated, but also where oil companies get permits to drill. Sign up for newsletters from your local representatives, attend town hall meetings and meetups, and read the local news. Support good local candidates, who will go on to become state candidates, and then national candidates.

7. Intervene in situations where someone is harassing a minority.

Sexual assault, groping, stalking, racist or homophobic verbal attacks – if you see any of these, intervene. Here’s a guide to protecting someone from harassment. Either stand by the victim and talk to them until the verbal attacker leaves, record what is happening to use as evidence, or report it to the police and be a witness. Be a human shield for decency in America. And wear a safety pin to demonstrate to people that they can come to you for support and safety.

We need to win the hearts and minds of people who voted for Trump, in preparation for midterms. That includes being ready to listen and demonstrating you’re rational and thoughtful, not reactionary. Try to find common ground with them, such as acknowledging that the cost of healthcare can be scary. Here are more pointers on talking with Trump supporters, and an amusing script to deal with some banana-brain statements. And I like this bipartisan guide to talking with people who don’t agree with you.

Click to attend the Women’s March on Washington on January 21st, the day after the Inauguration. Also attend local protests on your issue of choice. Learn how protests succeed, which is by: 1. Choosing an issue instead of a person to protest (see #1, above) 2. Engaging in other types of protest besides just walking in the streets, like civil disobedience and physical boycotts 3. Not requiring ideological purity from people who are considering participating. Which brings me to…

10. Be inclusive in your progressivism.

It can be really hard to be a progressive. We’re always battling each other to see who is the most “woke,” parsing each other’s language to ferret out any latent -ism the other might be hiding. Remember that amazing woman who Tweeted out a guide to getting your representative’s attention? She was accused of being able-ist for encouraging people to call and show up to local town hall meetings. Really? Just stop.

This is our greatest weakness as liberals: demanding ideological purity, perfection, and an encyclopedic knowledge of the latest progressive vocabulary and views. It’s why a lot of people didn’t vote at all, rather than vote for the “flawed” Hillary, or threw away their vote on a third party candidate, thus helping usher in the presidency of a terrifying demagogue who is the exact opposite of what they wanted. It’s why many people stay away from progressive conversations, lest they say the wrong thing and be accused of being racist, sexist, transphobic, etc.

“This has historically been one of the differences between the left and the right, and it’s one of the things the left can learn from the right. What my research has found is that the right has far fewer ideological purity tests for activism than the left does. So they’re taking all comers and they’re converting people in action. Just come, and just do it. By contrast, there’s a whole language you need to know from some of the left groups — your ability to be involved often depends on already having a healthy résumé of doing other lefty things. I think that that basically makes it a kind of echo chamber, and it doesn’t allow you to bring in new blood.” – Sociologist and expert on protest Ziad Munson

We need all the help we can get. So don’t spend your emotional energy attacking allies for not being perfect. Just ask them nicely to do what counts: show up, call, protest, and vote.

11. Keep your friends close, and your enemies closer.

Pop the bubble. Seek to understand conservatives and the alt-right the way a general studies the opposing side’s tactics. I found this to be super helpful in finding intelligent people who don’t agree with me. I followed them on Twitter and – if I could find them and they had a follow button – on Facebook. I also followed Megyn Kelly, as a classy and smart conservative who has been fighting against Trump during his whole campaign. This is a good primer on popping the bubble; it recommends checking in on WSJ’s Red Feed Blue Feed, which compares conservative and liberal Facebook feeds side by side. This is an even better primer.

I’m skeptical of the efficacy of financial boycotts, but it can’t hurt. Here’s a list of companies to boycott. Here’s another list.

We have four really tough years ahead of us (unless we can keep Trump out of office). You need to take care of yourself so you can  stay calm in the face of rhetoric and violence, work toward your goals, and continue to be kind to everyone, no matter what their beliefs. Meditate daily, eat healthfully, exercise often, cultivate your friendships and treasure your family ties (but put boundaries up against anyone who is truly toxic), get outside in nature, and travel as much as you can.

We can do this. I believe in you.

PS. Here are some great instructions from an intelligent man on how to battle against an encroaching autocracy. Read them, too.

The Best Sustainable and Ethical Clothing Stores for Men