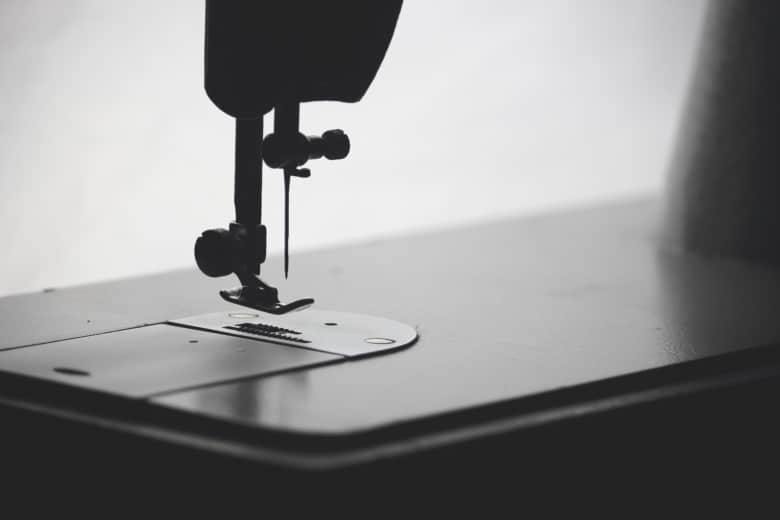 Instagram is awash with small brands promising that they are ethically made in Los Angeles. It’s a great marketing gimmick — most people assume that anything made in the United States is ethical. Given all of the labor standards and workplace policies we have in place, we believe that the “Made in USA” label means all American factories must be up to Occupational Safety and Health Administration standards, and that workers have at least been paid minimum wage.

There’s no way we could have the sweatshops you see in developing countries, right?

But wage theft and inhumane working conditions plague our garment factories here in the US, too, especially in Los Angeles, the capital of “Made in USA” garment production.

On January 1, 2021, California state’s minimum wage rose to $14 an hour for companies with 26 or more employees. But garment workers have not benefited from this wage bump. According to the Los Angeles-based Garment Worker Center (GWC), most of the over 45,000 garment workers in the city are Latino/a and Asian immigrants. Because many are undocumented or not fluent in English, they are especially vulnerable to wage theft. This is despite the fact that immigration and labor laws are regulated by separate government agencies, and both U.S citizens and undocumented workers are entitled to receive the minimum legally mandated compensation.

Most of these vulnerable garment workers are compensated through a piece rate, in which they are paid a minuscule sum for each task they complete, whether it is constructing the entire garment or an element like the sleeve. By state law, piece-rate compensation must add up to or exceed the state’s hourly minimum wage requirements for all hours worked. If it does not, then workers must be paid an hourly base rate to account for the difference. Plus, garment workers are entitled to receive compensation for “rest and recovery periods” (on top of their piece-rate) and overtime for any hour worked over 40 hours a week or if an employee works more than an eight-hour workday, or six or more consecutive days.

The GWC says, “approximately 85% of garment workers do not earn the minimum wage and are instead paid a piece rate of between 2-6 cents per piece.” That has garment workers receiving on average $5.15 per hour, almost a third of minimum wage. Workers also fail to get paid time-and-a-half for overtime.

At $5.15 per hour, working the average 40-hour workweek, a worker would take home only $206 per week or less than $10,000 annually. And that is only if they can work the full 52 weeks a year. The Department of Health and Human Services puts the federal poverty line for a household of one person at $12,880. It’s set higher if the head of the household has children, a non-working spouse, or another dependant, as many garment workers do.

So, naturally, garment workers force themselves to work upwards of 60 hours a week, straining to earn above the poverty line. “They are treated as extensions of the [sewing] machines, and the piece rate is one of the ways that that is carried out,” says Marissa Nuncio, director of the GWC.

An amendment to California’s labor laws enacted in 1999, AB 633, attempted to hold companies accountable for wage theft. However, retailers and manufacturers have found plenty of loopholes to evade any responsibility, mainly by creating a layered network of manufacturers and subcontractors to separate themselves from the garment workers. Because they are technically not the “garment manufacturer,” they excuse themselves from being a lawfully defined entity that is responsible for wages or wage theft.

Brands approach this network with a firm pricing structure for the styles they need to have constructed. Because of relentless competition, those contracted manufacturers land on a piece rate of pennies per task to satisfy the pricing requirement and receive the brand’s business. Brands then claim to be completely unaware of any exploitation in their supply chain.

An investigation conducted in May 2021 by the Department of Labor’s Wage and Hour Division discovered that Sew Nice Inc., a subcontractor of the fast-fashion brand Fashion Nova, failed to pay the extensive amount of overtime hours worked by the employees. The company also failed to keep a record of wages paid in cash and record employee hours. Fashion Nova said in a statement earlier this year that it discontinued working with Sew Nice Inc. in February 2021.

Wage theft isn’t foreign to Fashion Nova. According to a 2019 New York Times article, factories making clothes for the most Instagram-worthy retailer owed $3.8 million in back wages between 2016 and 2019 to hundreds of workers. But the May investigation only recovered $5,846 in wages for 10 employees. Sew Nice Inc. paid a paltry fine of $3,485. Fashion Nova’s attorney Erica Meierhands told the Times, “Any suggestion that Fashion Nova is responsible for underpaying anyone working on our brand is categorically false.”

And, by law, they are technically not wrong.

Yet according to Nunico, “Brands hold entirely too much power over the supply chain with very little legal recourse. That is what is creating exploitation in the industry,” She says the truth is, “We can inspect these factories until the cows come home but if we don’t have all actors taking responsibility and we don’t have enough money running down the supply chain, we are not going to fix this problem.”

A 2015 report from GWC, “Dirty Threads, Dangerous Factories,” found around half of the 307 garment workers from Los Angeles surveyed said manufacturing sites were crawling with vermin and the bathrooms were “soiled and unmaintained.”  Researchers also found exits, including those used for emergencies, were regularly blocked. Factories had such poor ventilation that excessive heat and dust made breathing difficult. No health or safety training was provided, and first aid kits were rarely on-site.

As businesses fought to stay open (and relevant) during the pandemic, many pivoted to producing personal protective equipment, including Los Angeles Apparel, a brand that was in a continuous battle against the Los Angeles County Department of Public Health during the summer of 2020. The garment manufacturer became a super spreader for COVID-19. Founded by the disgraced founder of American Apparel, Los Angeles Apparel reported to health officials only 198 positive cases in its factory. Only days later the DPH corrected this count to over 300 positive cases and four COVID-19 related deaths.

The above was only one manufacturer and one investigation. A study released earlier this year by the University of California, San Francisco, concluded that sewing machine operators (aka garment workers) in California were one of the occupation groups with an increased risk of death from once the pandemic hit.

The Legislation That Could Help

The Garment Workers Protection Act, also known as SB 62, was submitted in December 2020 on the first day of California’s 2021 legislative season. Introduced by State Senator Maria Elena Durazo along with 11 co-authors, the bill was written to update how the state defines garment manufacturing, expanding protective statutes to include a wider range of factory workers, and hold subcontractors liable to the same terms as manufacturers. A goal is to hold brands responsible for wage theft while eradicating the piece-rate compensation.

According to this legislative fact sheet, SB 62 would strengthen protections for garment workers by:

Nuncio explains,  “We don’t see this as just a simple fix in legislation. It is shifting the balance of power in the industry, to create a shift in culture and how business is done.”

If SB 62 passes, all brands, manufacturers, and subcontractors will be equally responsible for all and any wage violations committed against garment workers. When garment workers submit claims to the Labor Commissioner Authority for violations or when companies are investigated, they will be by law forced to pay back every penny they owe including damages, attorney’s fees, and civil penalties. No amount of layering will exclude any entity from the legal equation. And companies paying a piece-rate will be fined $200 per employee for every pay period it is utilized.

SB-62 could change the lives of garment workers, as they finally earn minimum wage and trust that if someone reports wage violations, they will actually be pursued by the Labor Commissioner Authority.

The bill was passed by California’s legislature on September 10th and is headed to the Governor’s desk. Here are a few ways you can support the California anti-sweatshop movement:

Unwrapping Plastic Fashion Packaging: What are the Eco-Friendly Alternatives?

Is Leather Sustainable? Here’s Nisolo’s Holistic Approach to Using It