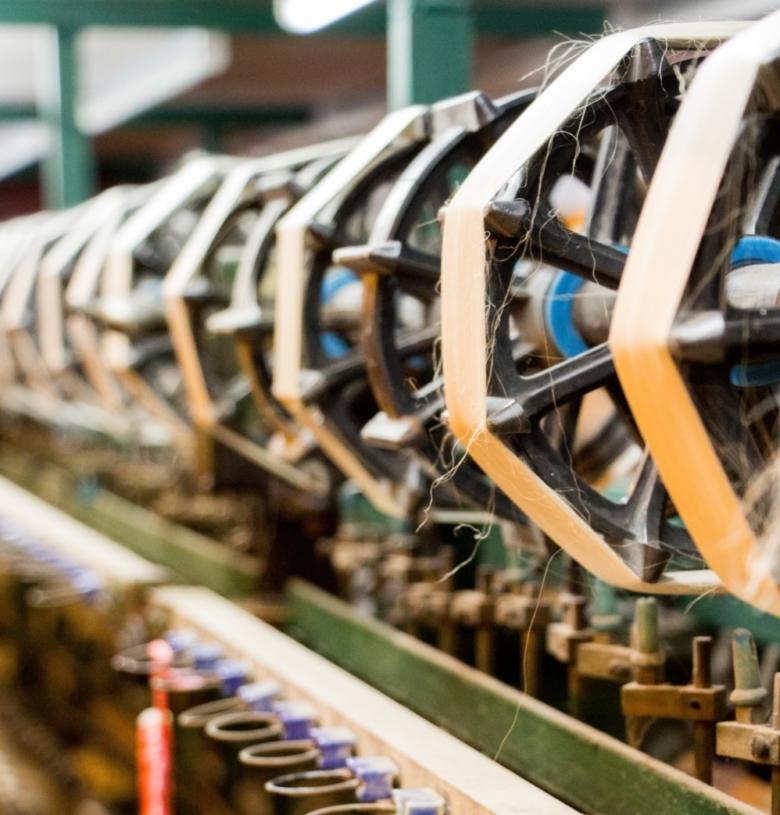 It’s time to get specific about climate solutions for fashion.

After yet another confused Earth Week and global climate summit, it’s clear that the U.S. has no idea how to address climate change. Vague, meandering pledges about emissions reductions take the stage, while Instagram has us scrolling through fashion brand statements and tips for eco-friendly living—all of it leaving us feeling either guilty, self-righteous, or helpless. Meanwhile, we’re releasing 16.5 million tons of carbon dioxide daily, climbing towards 1.5 degrees celsius and farther than ever from the UN’s goal for carbon neutrality by 2050.

Fashion relies on agriculture and a global supply chain, both of which will be devastated by the effects of climate change, and yet the industry remains unchecked by regulation, holding rank as approximately the third most carbon costly industry on the planet.

The thing is, the solution is right in front of us, in the House of Representatives, to be exact. It’s a solution which 40 other high-GDP (and high-carbon emitting) countries, including the entire EU, the UK, Canada, Singapore, Japan, Korea and Argentina, have long implemented with economic and ecological success.

It’s called a carbon fee and dividend. Here in the US, the proposed legislation goes by HR2307, the Energy Innovation and Carbon Dividend Act. And it’s the key to a more sustainable fashion industry, as well as a safe and prosperous future for us.

So what is a carbon fee and dividend, and how does it work?

Before you get turned off by the word “fee,” let me clarify what I mean. It’s definitively not a euphemism for “tax,” as it doesn’t grow the government. The magic is in the “dividend.” It’s how the solution becomes distinctly American.

A fee on carbon is a government-imposed price on fossil fuels—coal, oil, gasoline and natural gas—at the source of extraction. (It’s actually a market correction, as fossil fuels are currently subsidized to the tune of $5.2 trillion annually.) This fee then trickles down the supply chain, increasing the price of products where there’s significant carbon expenditure, and missing the products where measures have been successfully taken to reduce emissions.

At the proposed rate of $15 per ton of emissions, raised by $10 every subsequent year until year 10, the average small business would hardly notice a difference in wholesale costs, and if passed down to the consumer, we could expect to pay just pennies more for a quality retail product.

Any financial twinge of pain for the consumer would be well offset by the dividend. One-hundred percent of carbon fees collected, minus administrative costs, are returned to citizens in the form of a monthly check with no spending restrictions. Around 95% of low- and middle-income American households would actually see their income go up under this system. It would act as a sort of UBI (Universal Basic Income). By year 10 of the program, the average family of four would be receiving around $3,000 a year in dividends.

And as we saw when pandemic stimulus checks started hitting our bank accounts this past year, that’s money that’s likely to be at least partially directed straight back into brands pockets.

Well-designed carbon pricing has the potential to change the behavior of both business and consumers for the better. Economists widely agree it’s the most efficient, effective and available way to curb climate change, with the fewest adverse economic effects. Even a modest disincentive for fossil fuels spurs America’s signature pioneer spirit into action, incentivizing innovations in energy and technology and encouraging businesses to come up with their own creative solutions for reducing emissions, with fiscal rewards for their efforts.

For all its supposed creativity and innovation, the American fashion business and wider economy has become sluggish and lazy by sucking at the teat of fossil fuels. A bloated and sclerotic industry like fashion could benefit from the Finnish penchant for “sisu,” or adversity-born strength. Take it from the world’s first country to introduce a carbon fee: Finland reported emissions reductions of 25% and improved economic growth of 75% since it implemented a carbon fee in 1995.

Longtime nonpartisan lobbying organization Citizens’ Climate Lobby (CCL) has been informing sustainable apparel moguls like Patagonia and Eileen Fisher on carbon pricing for years, but there are still no signers from fashion yet. The problem is, no one wants to be first, and they’re more focused on independent efforts in order to market themselves as uniquely sustainable. Allbirds has gone so far as to carbon tax themselves. Commendable, but it doesn’t solve the actual problem of climate change. We’ve got to work together from both the bottom up and the top down. Sustainable fashion isn’t showing up for real systemic change as long as it’s not including lobbying for specific legislation in its mission.

The fact that fashion’s target market barely overlaps with engaged voters doesn’t help. Most reps are holding virtual “town halls” on a monthly basis for their constituents to speak up, but it’s rare to see a face under 40 in attendance. My experience in lobbying has only showed me how accessible our representatives are. They’re busy professionals who need citizen informants on America’s most important issues—and solutions. You could easily be that informed citizen that could help change their mind.

Maybe carbon pricing is just not that instagrammable. But the real work may not be. Maybe our attention is elsewhere, in the more acute social crises. But all of the work is interrelated, including gender politics and the BLM movement. Climate change disproportionately affects people of color, statistically increasing marginalization, crime, domestic violence, natural disaster and refugees. And a dividend overwhelmingly benefits the most socially vulnerable. By zooming our efforts out, a carbon fee and dividend could act as an umbrella solution for America’s biggest issues.

Biden will be passing his climate bill this November. Given the urgency of our climate needs, and the availability of an almost silver-bullet solution, we should be working on making a carbon fee and dividend go viral.

Fashion is well poised to lead the conversation. If you are in the industry or care about this issue, here’s how you can get involved:

20 Sustainable and Ethical Australian Fashion Brands You Should Know

Our Favorite Artisan-Made and Sustainable Sundresses