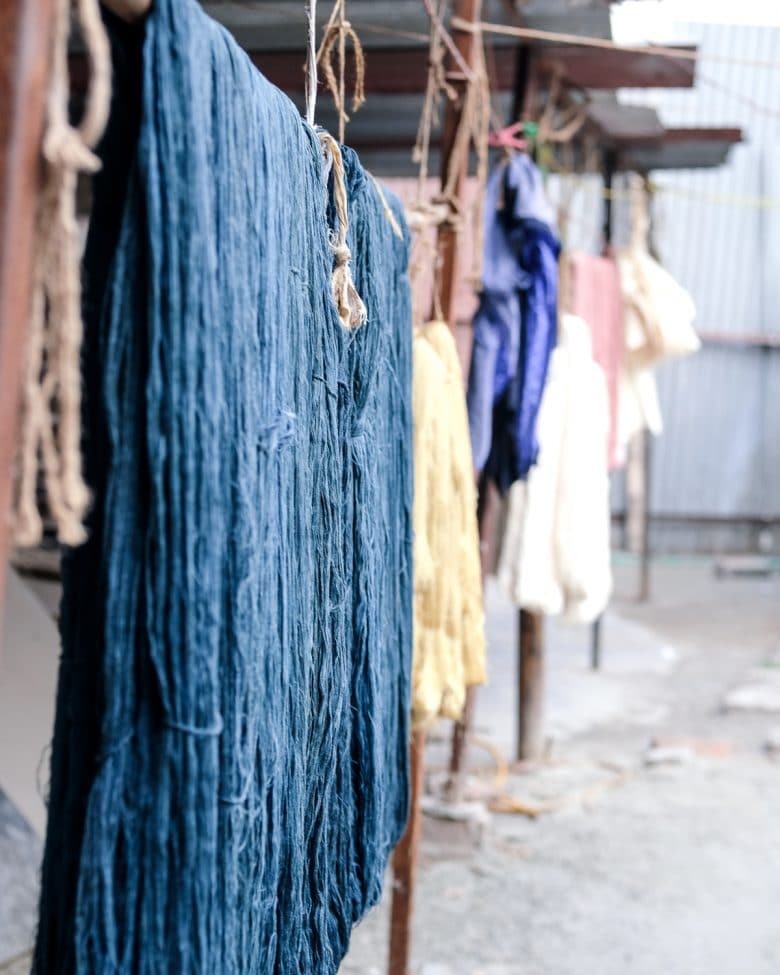 Ever since the Rana Plaza garment factory collapse in April 2013, in which more than 1,100 garment workers died, Bangladesh has become a dirty word in ethical fashion circles.

Conscious consumers speak of Bangladesh with complete distaste. It’s a place where millions of cheap garments are churned out every month from factories with 10,000 workers who are paid less than a living wage. It’s a place where — while safety standards have improved drastically since 2013 — we still hear reports of horrific sexual harassment and a mass firing of protesting garment workers to the tune of 5,000. These are serious issues to be addressed.

On the anniversary of Rana Plaza, I’m going to guess that those points will be covered. Your feed will fill up with the same lamentations we hear every year about Bangladesh, as if the story is that simple and flat. As if all Bangladeshi women are deserving of pity and saving. I want to tell a different story about this country that I had the honor of visiting.

I want to highlight some of the women I met during my visit to Bangladesh who are slowly but surely creating an ethical alternative for residents of Dhaka. These women are weaving in a bright thread to the narrative of Bangladesh by using natural dyes and natural materials, by treating their employees well, by creating luxury products, and by marrying Bangladeshi craftsmanship to modern yet Dhaka-appropriate silhouettes.

What they are creating is fresh,  new, and beautiful.

How to Dress in Bangladesh

You might not know this, but the average Bengali woman actually has a much healthier relationship with her wardrobe than the average American.

“I was very inspired, because when I came here I saw that most women here still design and tailor make their clothes,” says May Yang, founder of the luxury social-good handbag company Lidia May. “Here, it doesn’t matter your wealth or education background. Most women here will go and choose the fabric, the trims, the cut they want, and work with a tailor to complete their look. They’re much closer to the people who make their clothes. There’s a preference for this individuality that I find really refreshing and joyous in many ways.”

She’s talking about Bangladeshi women, but this applies to the many diplomats and aid workers who live and work in Bangladesh, which is still categorized as a “least developed” country in terms of economic development. One aid worker (and EcoCult fan) met me for lunch in an Eileen Fisher dupe. She told me she loves bringing pictures of designer clothing she likes to local tailors and having it made to her exact measurements.

Still, there is a gaping hole in the market between the traditional shalwar kameez, a garment worn mostly by women in South Asia consisting of loose, pajama-like trousers and a tunic, and –– at the other end –– cheap Western-style fast fashion. It’s nearly impossible to find well-tailored women’s pants, for example.

“I don’t actually wear shalwar kameez that much,” says Monokrome founder and designer Maheen Khan. She designs both bespoke and ready-to-wear pants, shirts and tunics for high performing female clientele ranging from doctors to judges, bankers, and the department heads at a well-respected NGO and university. “There should be alternative modes of wear for working women,” she says.

“What is fashionable and fun here doesn’t always translate to people who live and work in the West, who go back and forth,” May says. “For a lot of women who are looking to have beautiful pieces made, they want it to have that longevity beyond their diplomatic tour in Bangladesh. A lot of women who are well-traveled and are more sophisticated consumers already own many saris and shalwar kamees and want something else.”

So let me take you on a quick tour of the ethical fashion scene in Dhaka. 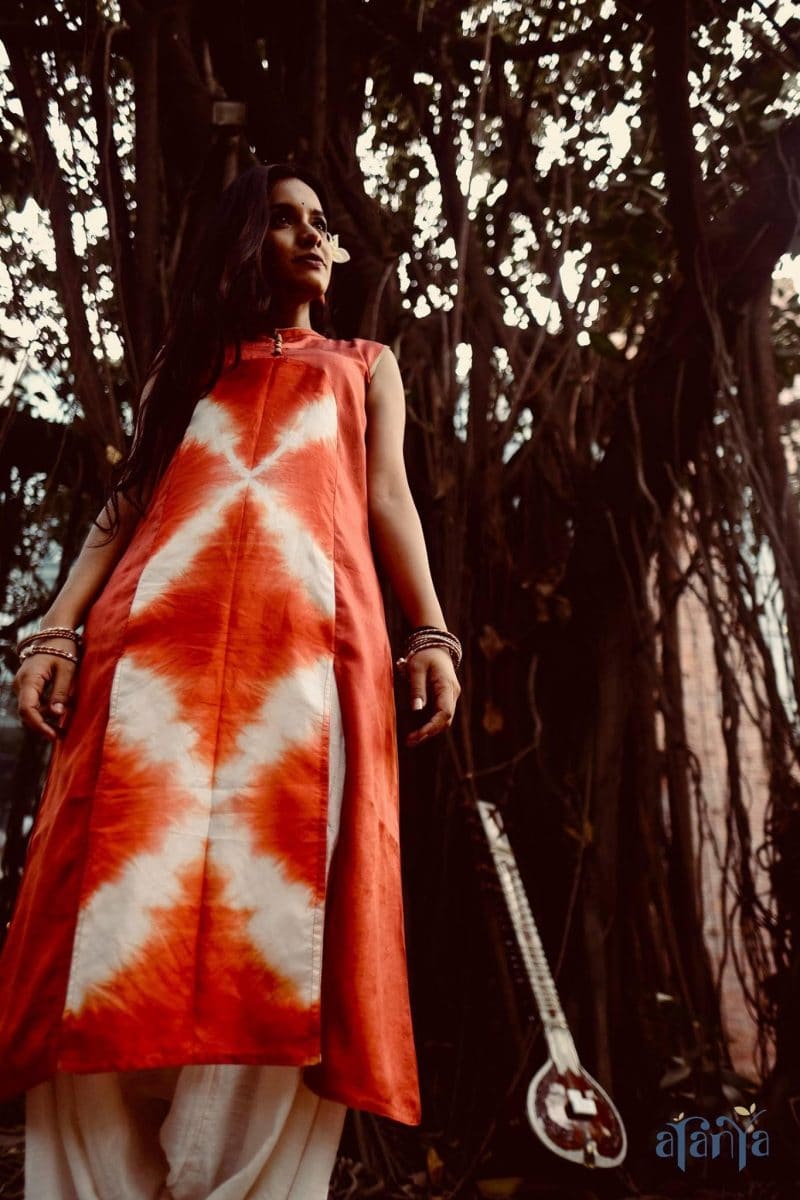 If you find yourself in Dhaka, make time to stop by Jatra, a multistory building that holds a beautiful curation of Bangladesh culture, ranging from handicrafts and fashion, to artistic performances and events, and a lovely shaded outdoor cafe on the top floor where you can sit cross-legged on colorful cushions while sampling spicy organic Bengal cuisine and local teas.

I was invited there by Nawshin Khair, whose family is dedicated to promoting and preserving Bangladesh culture through the Bengal Foundation. On one floor is the flagship showroom of Aranya, a sustainable brand that Nawshin took over from the famous researcher, social activist and crafts expert Ruby Ghuznavi. In this peaceful sanctuary, you’ll find children’s dresses, saris, kimonos, and caftans in a stunning array of 30 natural colors that have all been coaxed from plant dyes. One small side room features jewelry made by a hill tribe near Chittagong in the south. Point to something in the wall of fabrics, and you’ll get the luxurious experience of an employee pulling silk and cotton fabrics off the shelves and spreading them out before you for inspection. It’s enough to make you feel like a queen.

Aranya’s embroidery and handweaving are done in villages outside of Dhaka, but the dyeing is done in a small factory in the north of Dhaka. Nawshin took me there and gave me a tour of the facility. There was a room for daycare; a room where women were gathered to show what they’d been working on in the villages, putting the finishing touches on the rolled hems of silk scarves and saris; a room lined with custom blocks for block printing, where a man was carving a pattern into the wood; and a backyard where men boiled dyes in vats and hung the fabric on the lines for drying.

While most of what Aranya makes and sells is more traditional, I did buy myself a hill tribe-made necklace, and a cotton indigo shibori caftan that I very much treasure. But if nothing in there appeals to you, do make sure to pop into the Jatra boutique on another floor for a wider selection of authentic Bangladesh fashion and gifts. 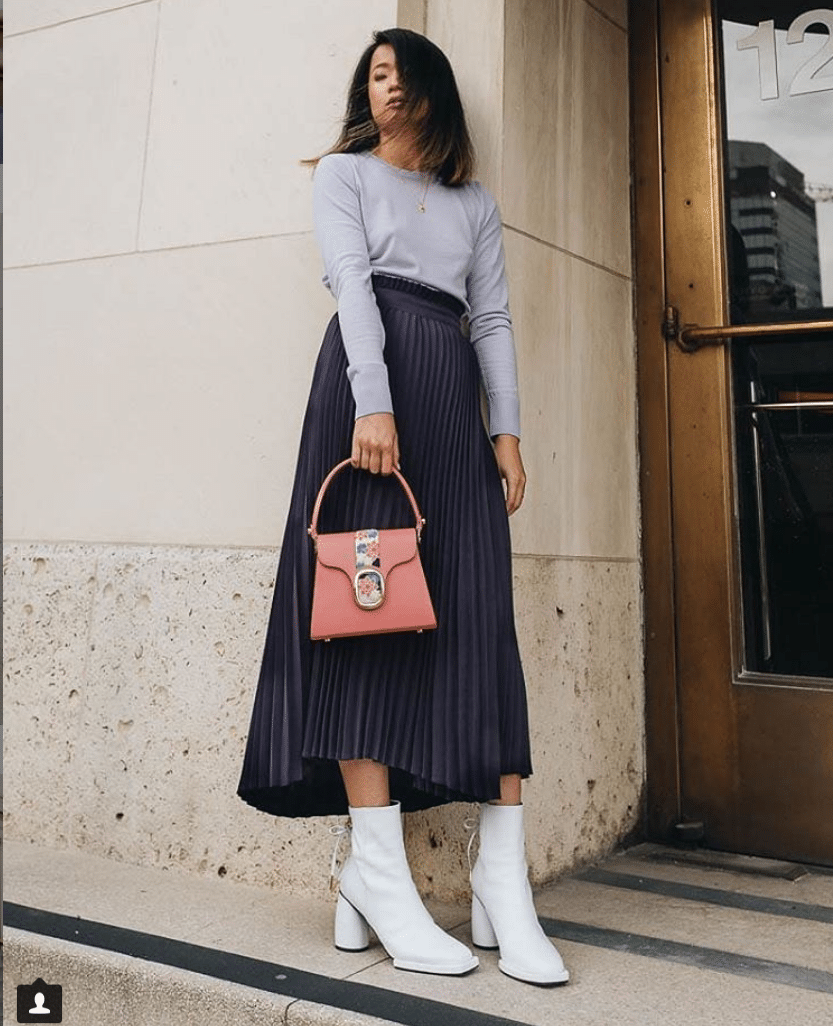 A status symbol among diplomats, this luxury handbag company was co-founded by a former New Yorker and Hong Konger May Yang, in partnership with the nonprofit Lidia Hope Centre, which works to support over 400 families in the urban slums of Dhaka. Lidia May provides skill training to the women and a source of income, while Lidia Hope provides education in life skills and social services.

The choice to start a leather goods company was born out of May’s desire to build a brand that would be a longterm investment in the community. “When I was looking at fashion brands that have lasted for decades, I realized that a lot of the ones that are very successful and well-known are in leather goods,” she says. “It’s less trend-driven, at least the successful heritage houses.”

The leather for the bags is sourced from Europe or Korea, and then dyed and vegetable-tanned in a responsible tannery in Dhaka, then it goes to leather craftsmen who May has spent the last four years working with to elevate their product to the luxury level, after she apprenticed with a leather craftsman in New York City. The colorful embellishment is done by the women who Lidia May has trained to be embroidery professionals in the tradition of Bangladesh craft.

“Where I see potential in the fashion market is that a lot of big luxury brands no longer resonate with people’s values,” May says. “As a young independent brand, we want to serve the clientele that has probably gone through the Louis Vuittons and Guccis and now wants something more authentic.”

Lidia May does ship all over the world, and its most loyal customers will host trunk shows in NYC and DC in the U.S. Sign up for their newsletter (at the bottom of the page) to find out when the next trunk show is. 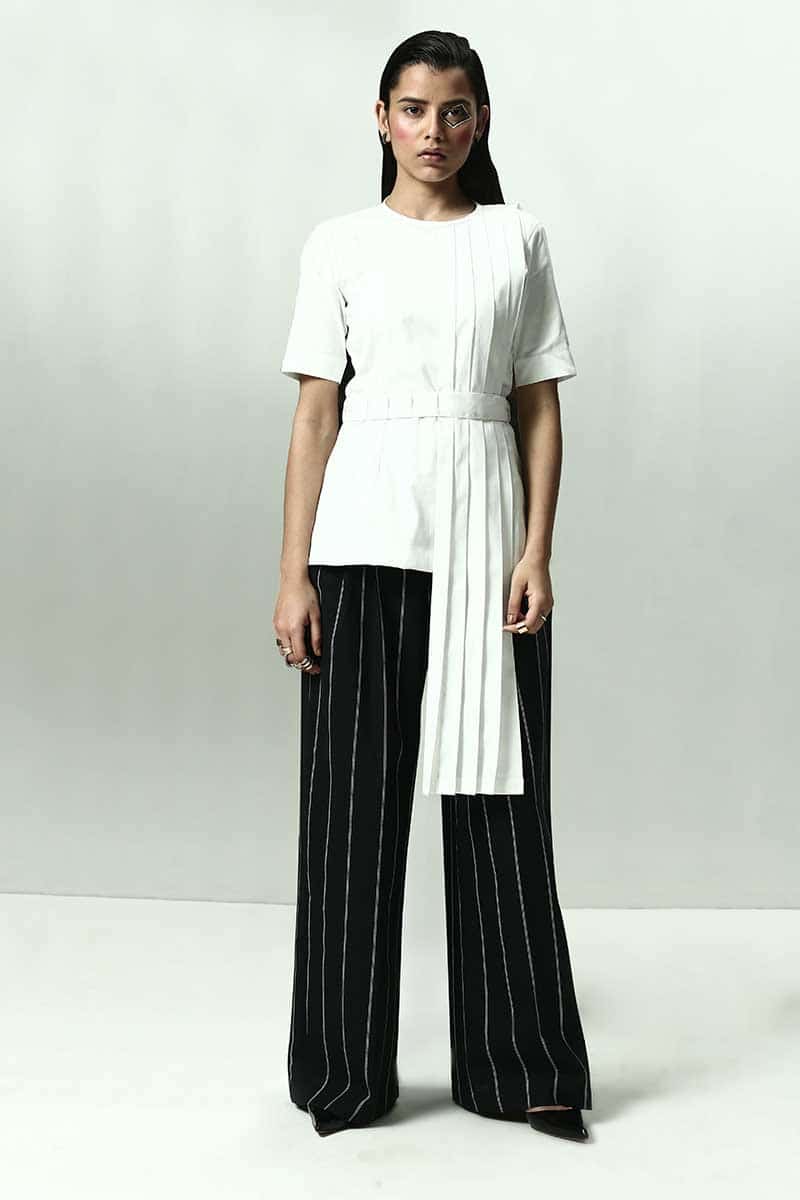 “It’s unheard of that a small brand like us is making clothes at this high value, that are extremely well tailored, the fabrics are non-polyester,” says Maheen Khan, the designer behind this internationally-recognized brand. “There’s a whole conscious sourcing and production that the brand is associated with. It’s a very new and exciting thing.”

Originally from Bangladesh, Maheen attended college in Australia, worked in education, then moved back to Bangladesh and worked for the startup LaborVoices, which collects feedback from garment factory workers. She spent many hours out in the field speaking with garment workers, and so intimately understands their point of view. She founded a small nonprofit in 2012 in the wake of violence against Buddhist monks, so when Rana Plaza collapsed, she was on the front lines of organizing and sending help to the concrete wreckage.

A few years back she went to Italy to study fashion design, and returned to start Monokrome. She creates ready-to-wear and bespoke contemporary and minimalist fashion that she sells in a Studio in Dhaka. Her main thing is serving her clientele of professional women who visit her atelier for custom clothing, which is all made in-house by her fairly paid and highly experienced patternmaker and sewer. Pick something out, and Monokrome can deliver it to your Dhaka apartment within 24 hours.

When I emailed her this past weekend, she responded a day later, apologizing because — as Head of Strategy and Coordination for Fashion Revolution Bangladesh — she was moderating and co-hosting a conference on sustainable consumption and production in the fashion industry.

Her sewer, Nasreen Ara, used to work in sampling in one of the biggest factories for export in the country. Her pattern-maker, Jamal Majhi, has 20 years of experience. “They bring a wealth of knowledge to me, because they’ve been in the industry for much longer than I have,” she says.

But Maheen did bring back a new skillset from Italy for Jamal, which is designing patterns for as little waste as possible. She’s been saving every scrap of fabric since they started, and is now producing their own textiles from recycled yarn with weavers in Bangladesh.

“The most important thing is respect,” Maheen says. “I really respect their skillset. Giving them that value and credibility is so important.”

Here's Where to Get the Most Beautiful Ethical and Sustainable Sundresses

The Perfect Women's Packing List for Summer in Berlin, Germany