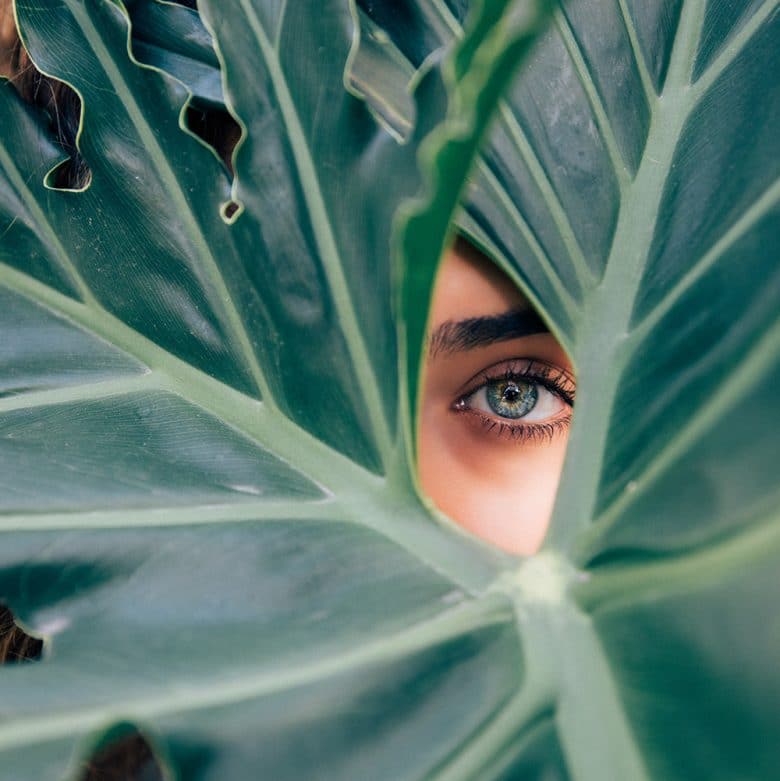 Earth Day was started with the best of intentions.

After Rachel Carson’s book Silent Spring linked toxic herbicides, air pollution, and toxic effluent to the death of animals and the shortening of our life spans, a movement was started to legislate away these ills. And it worked! We have cleaner air, cleaner water, and more bald eagles than in the 1970s.

The official Earth Day organization is still focused on legislation, this year zooming in on stopping plastic pollution. But so many people misunderstand the point of Earth Day. Articles pour out of the media with helpful tips for reducing your own environmental impact.

If you just said red meat, I address that below. Read on, friends.

Yes, there are some issues that do respond well to consumer education. They usually fall under multiples of these four categories: 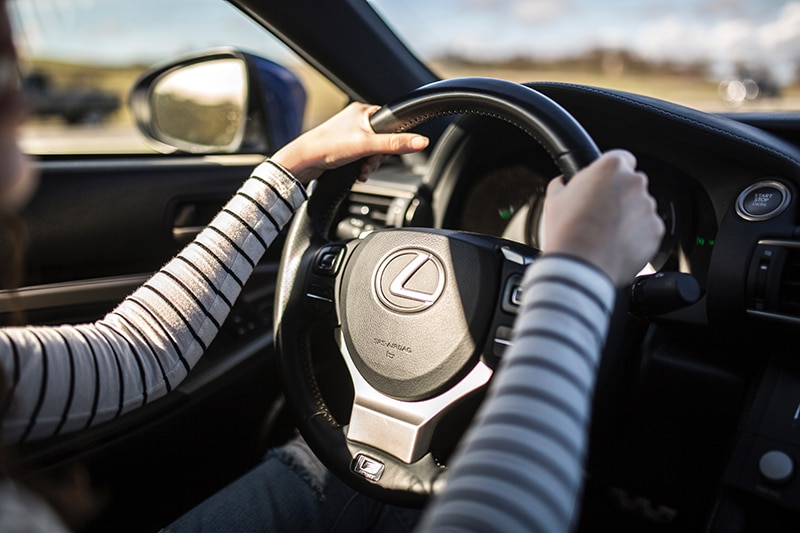 Drunk driving fatalities have fallen by a third in the past three decades. That still leaves 10,000 deaths per year, but it’s a significant drop in lives lost! Why? Because the federal government forced states to raise their drinking age to 21, and states instituted zero-tolerance laws toward under-21 youths who were caught driving with anything above a .02 blood alcohol level. There are some other hard-to-measure factors like youth education and the overall decrease in the population of youth as the Boomers aged. But legislation was the main reason.

Conclusion: Legislation made it harder to drink. Drunk driving can kill you. Plus, drinking is more expensive than the alternative of drinking non-alcoholic drinks, and there are plenty of articles talking about how not drinking makes you lose weight and live longer. 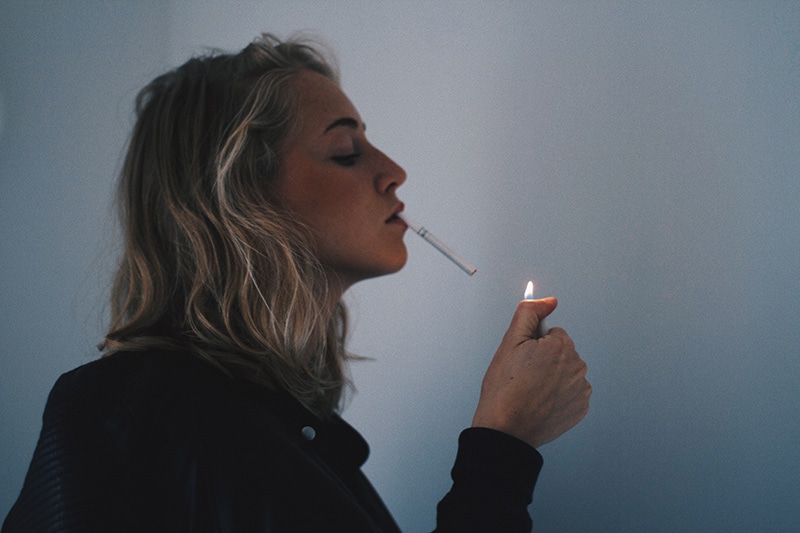 Cigarette smoking hit a new low of 18% in 2013, down from 24.7% in 1997. Why? Well, in-school education programs didn’t work, because school isn’t where kids learn how to be cool. Advertising campaigns that used industry lawsuit settlement money to make people angry at how cigarette companies knowingly kill people? Very effective. Legislation banning smoking in all indoor areas, especially workplaces, and ridiculously high taxes on cigarettes and a ban on selling cigarettes out of packs? Also very effective.

Conclusion: Smoking cigarettes is now more annoying and more expensive than not smoking. Plus, people know it gives you cancer and makes you smell gross. It also severely limits your dating pool, yikes. 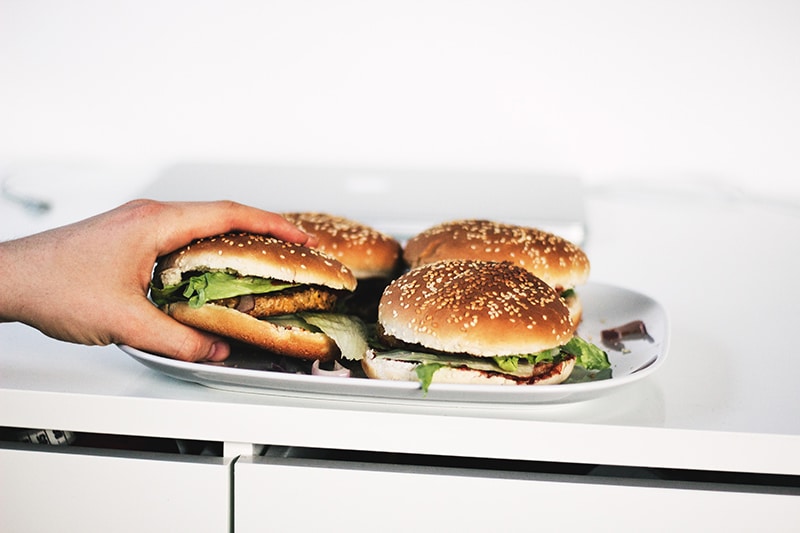 Red meat consumption per capita has been declining since the 1970s, and is equal to consumption in the 1950s. Why? Because since the 1970s, Americans have been made aware that red meat is linked to cancer and weight gain. Also, beef is pricey. Ever been to a steakhouse? It’s full of pot bellied rich men hobnobbing over their cuts of steak while their lady dates nibble on salad.

Conclusion: Americans will do anything to lose weight and avoid cancer. And also save money.

Unfortunately, though, it seems that people haven’t learned from these successful campaigns, and continue to pour money and energy down the drain. Here are a few examples:

Research shows that teaching kids to avoid sex doesn’t do shit. Kids who receive abstinence-only education are able to pay lip service to why they wait, but they don’t actually delay their sexual activity.

Conclusion: Ask a young woman if it’s easy to delay sex until marriage. It’s not. Sex is free (excepting the purchase of birth control and condoms). And sex has been linked not to weight gain or cancer, but, according to advertising, every wonderful thing ever. 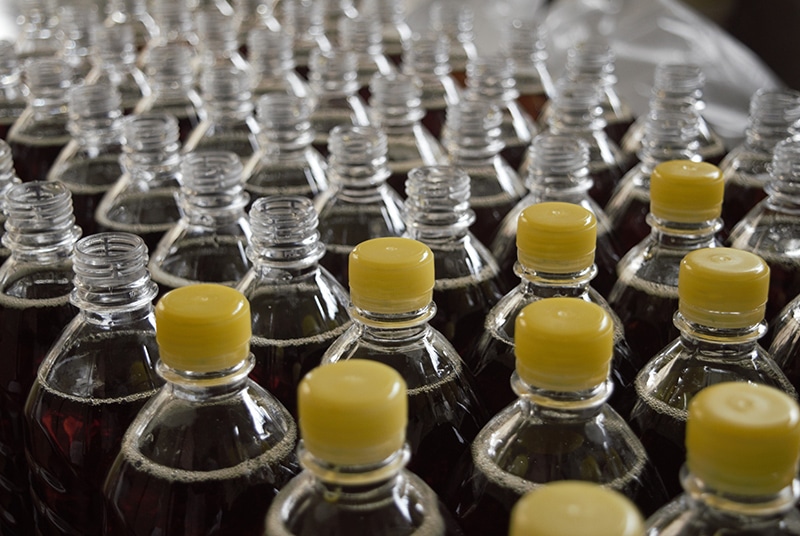 I love using this example of why conscious consumption doesn’t work. Water bottle consumption dipped for a bit during the Recession, but has since shot up to record levels again, completely impervious to consumer education that has saturated media on why they are bad, bad, bad.

Conclusion: That dip during the recession shows that if the government taxed water bottles, or charged Nestle a fair amount for withdrawing water, consumption would drop. But right now, buying bottled water is easier than finding a water fountain. And tap water has been linked in the public’s mind to lead and contamination – a recent survey by the irrigation product company Orbit found that 70% of Americans are concerned about what is in their drinking water – while bottled water has been linked to purity and health and beauty. 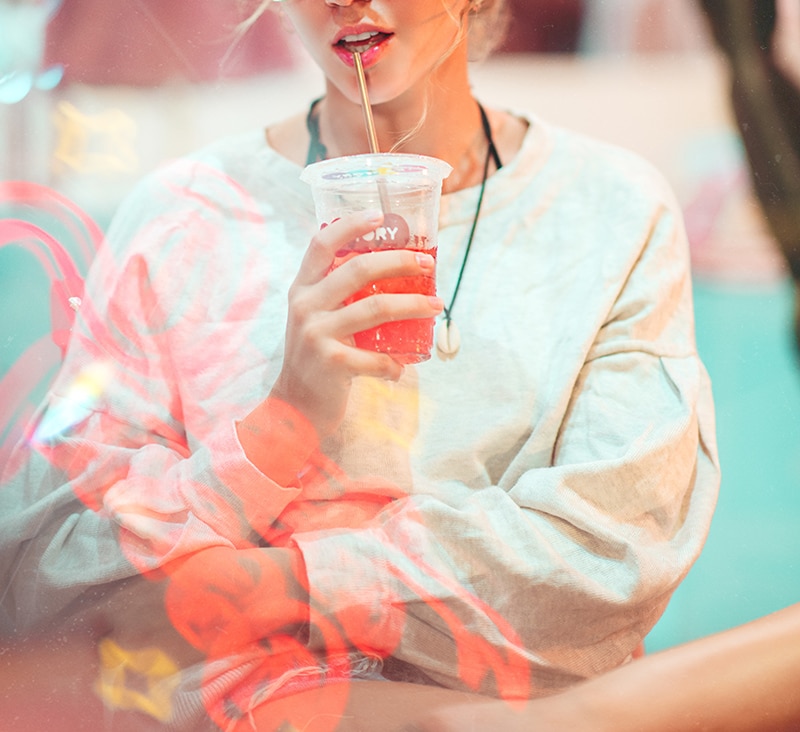 In Fact, Any Disposable Plastic Packaging

As this Greenpeace video so eloquently states, plastic production is increasing, but 90% of plastic is not recycled. Why? Because it’s really hard to cut plastic out of your life. It requires a lot of DIYing, cooking, and getting in fights with bartenders over a straw, and your family over a well-meaning gift they gave you. You can rarely buy anything new, including essentials like mattresses, etc. And you’ll be throwing out food that goes bad because you can’t eat it fast enough. Basically, you have to be a quasi-homesteader and really un-fun. The only ways in which plastic use has decreased is after taxes and bans were instituted in some locations.

Conclusion: Plastic packaging is convenient and cheap and not demonstrably unhealthy for the individuals who use it. (Except for a few ingredients that companies take out of the plastic that they keep right on selling.) Until the government regulates and taxes it, it’s not going anywhere. 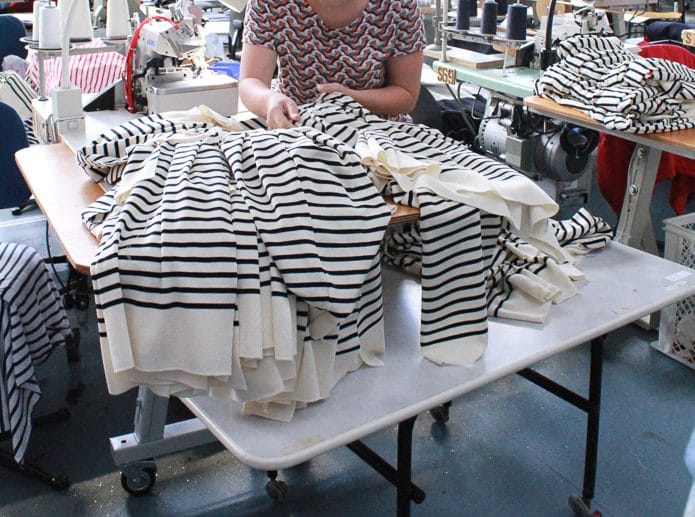 Despite rising awareness in consumers’ minds of fashion’s terrible effects on (other) people and the environment (in other countries), fast fashion’s consumption is rising and consumers are trashing more fashion quicker. Plus new brands are popping up that fall into the ultra-fast category, (yes, faster than H&M and Zara) and they are going gangbusters in growth and profits.

Conclusion: Fast fashion is cheaper and easier to get, and no solid health effects have been linked to it, despite some striving and stretching by sustainable fashion advocates. Until it’s regulated in the countries of origin, and taxed by Western countries, it’s only going to get more popular. 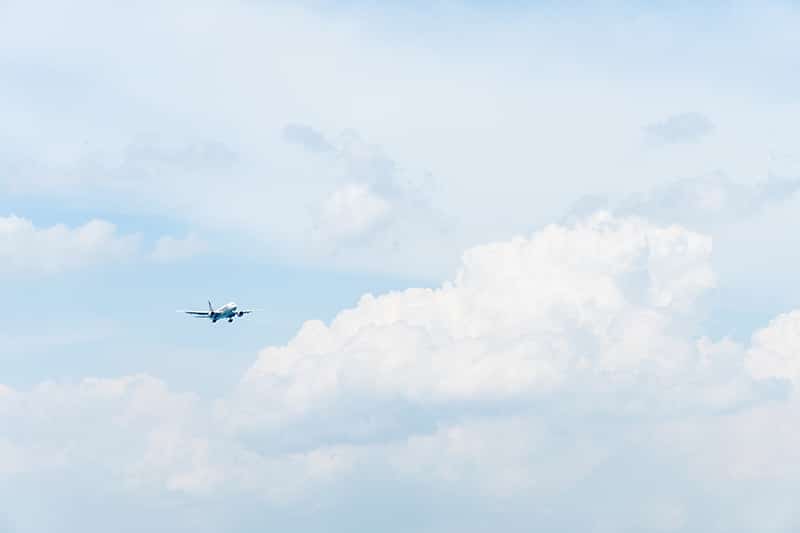 Despite it being a top contributor to any individual’s climate change contribution, air travel demand is projected to double in the next 20 years. Why? Because it’s way faster than all the alternatives. Would you rather spend your two weeks of vacation in a train or taking an uncomfortable overnight bus, or would you actually like to be at your destination? I’ve been taking a ton of planes this year, because overnight buses are miserable, I don’t trust that we won’t get our ample luggage stolen on overnight buses, we’re on a limited time frame (one year) with a lot of cities to see, and there aren’t really trains in South America to take as an alternative. Plus, (this doesn’t apply to me, but to many people) air travel has been linked to skinny, beautiful people by advertising, tabloids, and Instagram. Go figure.

Conclusion: Unless we tax and regulate carbon, consumers just won’t take into account the environmental costs of taking a quick and convenient flight to their destination. And we need to provide alternatives: fast train service needs to be everywhere, not just in Europe.

What Can We Learn?

We can’t rely just on consumer education to move the needle on sustainability issues, especially if these issues affect people we’ve never met. If we can’t definitively link a bad habit to weight gain or death, the best we can do is tax and legislate it, to make it more difficult and more expensive to do, plus put in place infrastructure to make the sustainable alternative easy and healthy.

So, this Earth Day, don’t just berate people about their consumption habits. Clearly, that’s not effective. Instead:

You know, be political, like I’ve been saying for the past two years! Then you’ll truly be doing a solid for our Mother Earth. 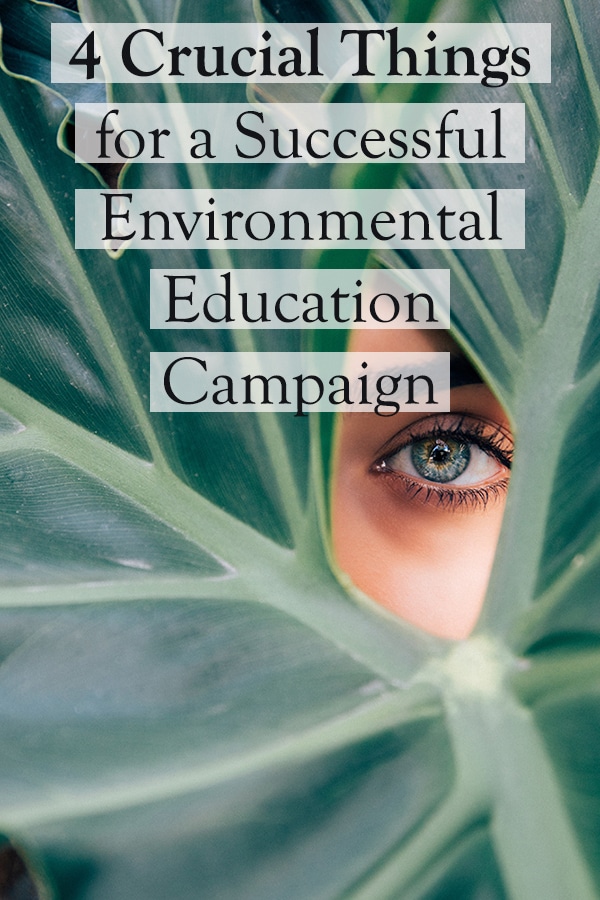