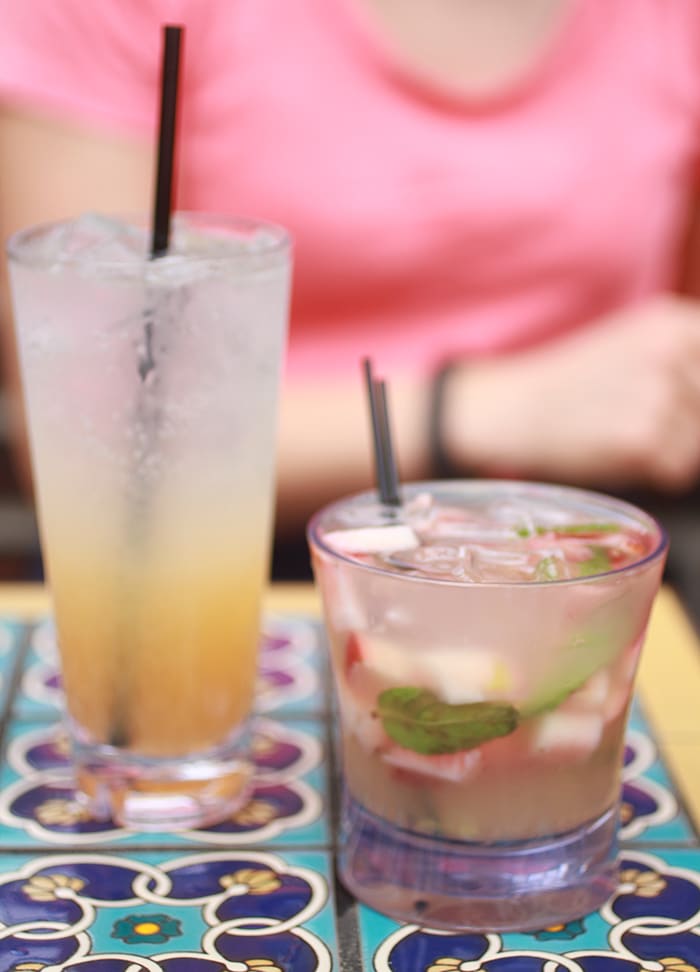 The glaring irony of starting your 2016 off with a hangover is lost on few. We want to be healthy, get more done, and meditate every morning. Yet many of us will crack our eyes open at noon this Friday and feel like utter crap.

You’ll get no judgment from me! You could decide to stay in on New Year’s and start your 2016 with an early morning run. But EcoCult is all about moderation, including moderation.

So let’s split the difference between social consciousness and debauchery, by reviewing all the ways you can drink sustainably and healthfully on New Year’s Eve – and the rest of the year, too.

Right off the bat you run up against a wall if you decide to drink healthfully. Normally, you can look at the ingredients in any packaged beverage. Not when it’s alcoholic. The reasoning is that a different governing body decides labeling for most alcoholic drinks than for food. (It’s complicated.) So your beer will say where it’s canned, and that alcohol can impair your judgment and motor skills. But it won’t tell you what’s actually in there.

That is insane, right? As if the fact that it’s alcoholic means we’ve suspended our concerns about what we put in our body, where it comes from, and how it’s grown. As an example, I tried looking online for the ingredients of Captain Morgan’s Grapefruit rum, but the description only says what it tastes like, no ingredients available. Who knows what makes it taste like grapefruit? (Probably natural flavors, which are actually often quite synthetic, and impart the flavor of something even if it’s not in the product.)

The U.S. Alcohol and Tobacco Tax and Trade Bureau proposed nutritional labels in 2007, and the parent company of several alcohol brands, Diageo, has voluntarily started putting nutrition labels on their beverages. That includes Crown Royal, Smirnoff, and Captain Morgan, which will tell consumers things like calories, sugar, and protein – but no ingredients. (Because apparently it’s 2007 and counting calories is still a thing that companies think all we women do.)

On the upside, the Tax and Trade Bureau strictly regulates ingredients that go into alcohol, and must approve formulations that have ingredients other than the basics. Whether you trust the TBB’s judgment is up to you. And beers that use “natural flavors” have to be labeled as such. Which is helpful when you’re considering whether to buy that summery, blueberry-flavored beer.

This article debunking a Food Babe post on “shocking” beer ingredients is an interesting read. Read with a grain of salt – while the craft brewers seem forthright and passionate about making good beer, they also defend a couple of ingredients on grounds I don’t necessarily agree with. (You also cannot trust Food Babe. She gives sustainability advocates a bad name.) But it has a lot of information that a critical sustainable reader can pull out to make decisions. For example, if you don’t want food coloring in your beer, avoid large breweries. Some breweries (including craft ones) add corn syrup and other sweeteners to lighten the taste of the beer – as they’ve been doing for over 100 years – but that is eaten up in the fermentation process, so you’re not drinking it in the final product.

All in all, because alcohol doesn’t have an ingredient list, you should only buy from brands you trust, or brands who are transparent about their production process and ingredients. Plenty of those exist. Read on.

At high-end bars, you’ll find several organic liquors on the shelves, including Crop Vodka, Prairie Vodka and Gin, Square One Vodka, and Tequila Alquemia. Not only are you doing the environment a solid by drinking alcohol with ingredients grown without pesticides and herbicides, the brewing process for these liquors doesn’t contain certain chemicals, which means you might have a lighter hangover the next day.

You can also find Peak Organic beer on the menu at many restaurants. They’re happy to share the local farms and producers they get their ingredients from. And many wine stores and restaurants carry organic wines, too. Just ask!

3. Be picky about mixers.

We live in a great time for well-crafted cocktails, at least in New York. Almost all nice bars now feature drinks with real juices, muddled fruits, and high-quality bitters. Consider it “slow drinks,” instead of Slow Food. (Speaking of, Slow Food also puts of events promoting locally made liquors and beers.) Apotheke in Chinatown makes cocktails that are borderline medicinal.

I tend to go for the nice bars – I’m not much of a sports bar girl. But if you’re in a low-end bar, well, you’re going to have to try a little harder. Order a cranberry vodka at a low-end bar, and you’re getting sugary cranberry cocktail with your vodka. A good bar will make a whiskey sour with lemon juice and simple syrup, but a low-end bar will use a cheap sour mix. If you find yourself in a cheap bar and want liquor, simpler is better: get a vodka soda.

If you’re mixing at home, you have all the choice in the world. Pick up Q Drinks mixers from the natural grocery store, organic juices, or artisinal sodas. I use organic Urban Moonshine bitters, but you can also get bitters made locally in Brooklyn.

The shorter the distance glass is shipped, the lower the carbon footprint! In New York, I can pick up locally-made wine and liquor from the Union Square Farmer’s Market. And many upscale liquor stores carry locally-distilled spirits, like King County bourbon, Breuckelen gin and whiskey, Hudson Whiskey, Industry City vodka, and Greenhook gin.

It’s even easier to find locally made wines. Most wine stores in NYC carry Long Island wines, or wines from the Fingerlakes.

Craft breweries for beer are in abundance, of course, no matter where you live. In New York, we have Brooklyn Brewery, Sixpoint, Bronx, and several others. Whenever I visit a new place, I ask them to recommend a local craft beer to try. It’s a fun way to get a taste (pun intended) of the local scene.

With all the barriers in the way of making affordable organic beer, don’t look down on breweries making conventional craft beer, but doing it sustainably. New Belgium beer out of Colorado is famous for its sustainability initiatives. And Brooklyn Brewery has initiatives like converting waste to energy, using all-electric forklifts, and switching to non-toxic cleaning products in its beer garden. On the liquor side, Diplomatico rum isn’t organic, but employs sustainable practices at its Venezuelan distillery.

Each container has benefits and drawbacks. Glass and aluminum are both easily recyclable, but bottle caps are not. Glass is also heavier to ship and doesn’t pack as efficiently as aluminum. But unfortunately, beer brewers have been unable to find a can that has a BPA-free lining. It might not be a big concern, because with cans being kept cold and consumed within a few weeks, the BPA isn’t going to leach into the beer the way it would in a container that gets hot. But if this concerns you, go with glass when you have the chance.

Avoid plastic, and the mixed-material containers when buying alcohol, like those Tetra Pak-like containers for single serving wines, or boxed wine, which comes in a plastic bag inside the box.

Being thoughtful about packaging extends to the bar. If you’re on the fence about what type of alcohol to consume, check out what the bar is serving the liquor in. If it’s a plastic cup, ask for a can or bottle of beer instead. I’m also trying to get into the habit of saying, “no straw” when I order a cocktail, because even fancy cocktails in glasses always seem to have a plastic straw poking out of them. Not only is that petroleum product not necessary to enjoying a cocktail, straws can harm sea life, like this poor sea turtle who got a straw stuck up its nose.

If you’re throwing a party at home, consider the eco-friendly Susty Party for your cups and straws.

50 Sustainable Resolutions to Consider for 2016