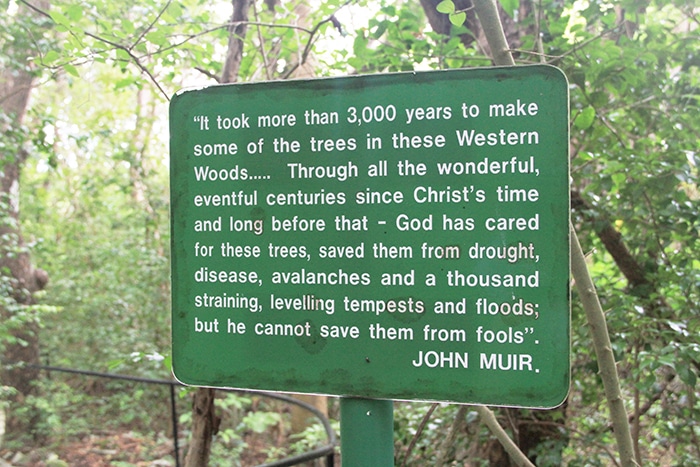 At EcoCult, we’ve come out and said that you don’t have to be perfectly sustainable tomorrow. It’s a lot of work, thought, education, and money to switch over your whole lifestyle to being green. You have to try things out. You have to fail and try again. You have to make mistakes. The system is stacked against you.

And I’m going to go out on a limb and say that the same applies to companies, too. Big companies. Huge companies. International companies, like Nike, H&M, Ford, and Unilever.

You see, I’ve decided that I support these companies. In particular, I support the large-scale initiatives they are taking to be more sustainable. I shop from H&M’s Conscious Collection. I buy Nike shoes made with their zero-waste weaving technology. I am impressed by Unilever’s steps to go carbon neutral.

I know this might not be a popular opinion. But it’s mine, and I’m going to defend it.

The Revolution Will Not Be Invested

You  might think that because large corporations have so much money and power, there is no excuse for them not to pull out all the stops in their pursuit of sustainability. They should just make the decision to stop manufacturing items that pollute, or pull disportionately on resources. They should put the planet over profit. Greed, you think, is at the bottom of all of this. If CEOs and managers were better people, if they could just see what a wreck they are making of the planet, well, this could be solved. So we put a lot of energy into telling them so, hoping that a protest or a petition will open their eyes to the truth, or shame them into making changes.

But guess what? They know. CEOs and sustainability managers often fervently believe that something needs to be done about climate change, but they are caught in a system that won’t let them be the ones to do it. In a lucid opinion in The Guardian earlier this year, Professor Christopher Wright talks about the tension between implementing sustainability initiatives, and surviving as a business. (Go read it. I’ll wait.)

(Did you read it?) I’ve had two people tell me that I should have asked H&M if they plan on ceasing to increase their revenue and hold it at a “sustainable” level, which actually shocked me. It betrays a fundamental lack of understanding of how global markets currently work. It’s like asking your friend if she plans on starving herself so she can be more sustainable. (The answer is she’s going to try her best given our current food system, but she’s not going to stop eating!)

H&M is a publicly traded corporation. That means its owners are comprised of thousands of shareholders. Some of those shareholders might be the fund in which your 401(k) is invested. You know how personal finance experts are always telling you to set aside money into your 401(k), so that by the time you retire, it will have grown on average 7% a year until you have a tidy nest egg? That’s based on the premise that the companies you are invested in will continue to increase revenue, thereby increasing their value, thereby increasing the value of your stocks over time.

If H&M were to tell me that yes, they were actually planning on stopping the increase of their revenue… nobody would notice. Because I’m a blogger. But if they said so to any reputable news organization, it would devastate their stock price. There would be carnage as funds and individual investors scramble to jettison their investments. The guy who said that would get fired. The CEO would get fired. The PR company that let the rep say that would get fired. Because why would you invest your money in a company that doesn’t plan on increasing revenue? You’ll actually lose money, because inflation is outpacing the growth of your capital.

That is all just an elaborate explanation for the big problem with publicly traded corporations: Their biggest priority is to increase shareholder value. So any sustainability initiative has to be pitched to the higher ups not in terms of protecting our children’s future or saving the whales. It has to be pitched as cost-saving or revenue-increasing initiative. It either has to find some efficiency for the company, or successfully market the company to increase sales.

Yes, there is plenty of greenwashing going on. But does it qualify as greenwashing if large, measurable gains toward sustainability are made, even if the company hasn’t figured out some other aspects of its business yet? I would say no. That’s just reality.

Is There Such a Thing as a Sustainable Truck?

The result of this tension is a slew of crazy contradictions that could drive a sustainability purist crazy. Just take Ford’s F-150, which is their most sustainable truck ever. Ford invested $60 million into closed-loop aluminum recycling technology in what Ford calls an “elaborate” process. The truck also has 100% recycled fabric seat covers, and Ford increased the F-150’s fuel efficiency while simultaneously ramping up its power. They somehow managed to make it more eco and more manly at the same time. Impressive.

But… it’s a truck. Most sustainability advocates wouldn’t be caught dead in such a flagrant display of raw, American, macho, capitalistic, metal muscle. If we had our way, we would all bike to the train station and then from there walk to our destination, no cars needed. Ever. But the F-150 has been one of Ford’s most popular and profitable offerings for decades. They can’t just take it off the table. (Shareholder revolt alert.) So they pour money into making it more sustainable (and making Ford more sustainable in general), hoping that the efficiencies gained save them money, they attract sales from sustainable-minded contractors, or both.

I mean, if I were in the market for a truck (maybe if I buy a farm someday?) then it would be this one.

The corporate world is full of examples of this. Unilever is trying to decrease its emissions, but it makes Axe Body Spray which has become synonymous with toxic ingredients and toxic masculinity. Newsweek’s 2015 list of most sustainable companies included Coca-Cola, Keurig, Johnson and Johnson, and Boeing. Boeing! They literally manufacture one of the leading sources of carbon emissions! The list doesn’t really make sense at all until you realize that these companies do have some pretty impressive initiatives as compared to their competitors. But they can’t go truly sustainable until they are allowed to pursue something other than profit.

There is a way to do this, actually. It’s called a Benefit Corporation.

B Is for Better

A Benefit Corporation is a legal framework that puts people and the planet on par with profits. The bylaws of a corporation are literally rewritten to set this framework in stone, so that all decisions are made not just considering profit, but the company’s impact on the community and environment.

The organization leading this charge is B Corp, a third party certification system for companies who want to be transparently sustainable and ethical. B Corps include Method, Ben & Jerry’s, Patagonia, Warby Parker, and many more. Most B Corps are small to mid-sized companies – no multinationals yet. But Unilever and Danone are currently in talks to make the process possible for huge, complex, publicly traded companies such as themselves.

So really, the question you should be asking companies is not, “Are you going to stop pursuing profits, you greedy bastards?” But, “Are you planning on becoming a B Corp?”

Business as Usual or Bust

Still, B Corp, as amazing as it is, isn’t a silver bullet. Because to convince the powers at a company to go through the certification process and legal changes, promoters of B Corp are still operating under the same framework. They are telling businesses that being a Benefit Corporation is profitable. That it attracts investors. That it attracts talent. Nowhere in there do they say, “Because it’s the right thing to do.”

And as Etsy demonstrates, being a B Corp isn’t always profitable, and investors aren’t always so enamored of it.

Maybe we should just be straight with each other about what we really want. We don’t want companies like H&M and Starbucks to be more sustainable. We want them to go out of business. We want to live in a world where we buy a few beautiful capsule wardrobe items a year, where we drink nothing but water and coffee shipped to us on wind-powered boats straight from Fair Trade farms in Peru, where we DIY our beauty products or buy them from our friend at the local mom-and-pop shop. Our vision of this world is incompatible with the existence of profitable multinationals. Why on earth should corporations listen to our demands, if underneath them is a wish for them to die?

I say “we” but I don’t really mean that. I still believe in capitalism as an engine for rising prosperity, happiness, and health. I believe with the right incentives and regulatory framework, we can level the playing feel so that it’s just as profitable to do good, if not more profitable. I believe in changing the rules of the game so that it’s fair. I believe in using our energy to create broad change, instead of expending it on enacting tiny changes here and there. I mean, yay we got specific toxic ingredient out of Subway sandwiches, I guess? I just think that if we overturned Citizen’s United, that would do a little more for us.

In the meantime, I will continue to support and give my money to the companies who, despite the economic odds stacked against them, champion research and investment in a more sustainable future. I respect that they are doing so when they really don’t have to. They may be saying on earnings calls that they’re doing it for profitability purposes, to market themselves to Millennials and be more efficient. But I know the truth.

They’re doing it because it’s the right thing to do.

Green Beauty Review: Jane Iredale Moves Into Skincare and the Results Are Gorgeous