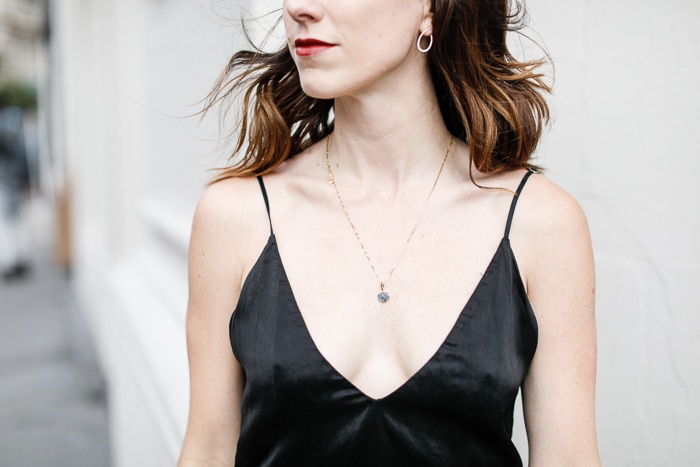 This post is generously sponsored by Ella Stein. As always, EcoCult only works with brands we believe are making the world a better place. Support EcoCult’s editorial by supporting them!

Thanks to the 2006 movie Blood Diamond, starring Leonardo DiCaprio, most of us are aware of the tragic story behind the majority of diamonds on the market today. Also called “Conflict Diamonds,” Blood Diamonds are mined from areas like Sierra Leone and the Republic of Congo and are used to fund violence and war. Many of those doing the mining are children who spend their days doing dangerous, back-breaking physical labor instead of going to school.

Most of those diamonds end up being sold by retailers after being marked up by upwards of 300%, meaning the miners and consumers both are getting screwed. Ethical jewelry brand, Ella Stein, however, keeps their prices low, avoiding the markup altogether by selling directly to consumers.

When Adi, Ella Stein’s founder, took his product to retailers and offered them an alternative story of empowerment and fairness, they simply did not care. “We believe today’s consumer is much smarter than that, and that they do care. A lot,” says Adi. “Consumers want to know the story behind the brands and they products they’re buying.”

So he decided to skip the retailer and sell this much brighter story of diamonds directly to the consumer, at a price that’s actually affordable. 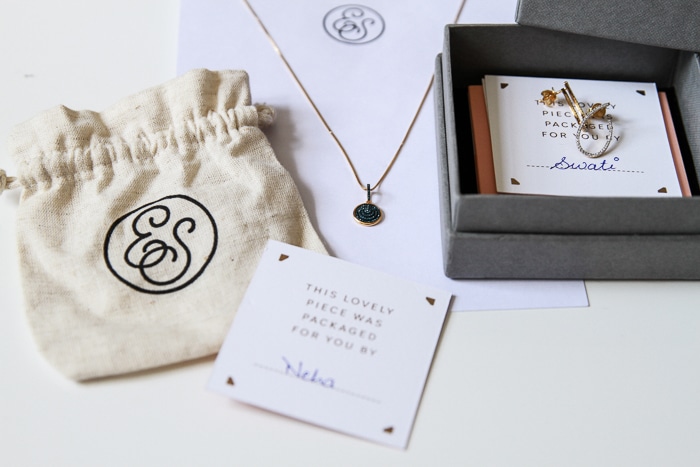 When a diamond is cut for something like an engagement ring or stud earring, it usually cuts out 45 to 60% of the total mass. Some of those smaller diamonds get used for other pieces or decorative accents, but much of it goes to waste.

All of Ella Stein’s jewelry is made from these small pieces, ensuring that 95% of the diamond is used. “We realized that we could play our part and recycle almost everything we use,” Adi says. “We focused on sourcing diamonds that were cut from the by-product of larger diamonds. Instead of these stones going waste, we have put them to great use.” The brand is then able to use these small pieces to create simple, elegant, modern designs that compete with the rest of the industry.

“We always insisted on sourcing raw materials from vendors who shared our philosophy,” Adi says.

Ella Stein only buys diamonds from suppliers who have Kimberley Process Certifications and are members of the diamond bourse, which forbids the trading of conflict diamonds. The Kimberley Process, however, which was created by the United Nations General Assembly Resolution in order to prevent conflict diamonds from entering the market, has come under quite a bit of fire after proving itself less than effective. That’s why Ella Stein takes it a step further by requiring that each diamond supplier signs a “Know Your Customer” document, during which Ella Stein runs complete a background check.

Plus, most of Ella Stein’s packaging is also lightweight, made out of recycled materials to reduce the carbon footprint, and can be reused for years.

A Story of Women’s Empowerment (Not Charity)

The diamond industry as a whole is even more sexist than other industries (though the internet is beginning to solve that problem), which is another way Ella Stein sets itself apart.

Growing up, Adi saw that his beloved mother was always dependent on his father. “She is a strong woman,” Adi says, “but lacked confidence, and she said if she didn’t have three children and could work instead, it would be a different story.” Now, Adi has his own daughter – nicknamed Ella – and hopes to show her just how possible it is to be a confident, capable, female boss.

The women who craft Ella Stein’s jewelry are based in Botad, a small town in Gujarat, India. After taking a trip to Botad, Adi was blown away by the talent and spirit of the women working there. “These were women who, although they had children, were still working from home, were independent, so confident, and very happy,” he says. “They told us, ‘Don’t ever ask anyone to offer us charity; just promote our work and with what we make, we will give charity.’”

“I was taken aback,” Adi says. “These were not women from a city like New York – these were women in a small town making more than their husbands, supporting their families, educating their daughters, and they had a kick-ass attitude. It would be a shame if their skill goes to waste.”

These women cut; sort based on size, clarity, and color; then set the diamonds into Ella Stein’s jewelry. Adi says their labor is the biggest cost the company has.

“Most of the managers in our organization are women and they have always done their job much better than their male counterparts,” Adi says. “We have the best work environment, and it’s thanks to them. They are never selfish, and that caring attitude has played a big part of our growth and stability. They do not believe in shortcuts and they have very strong ethics. All of our women staff are paid equal or more than their male counterparts.”

Not to mention, they receive medical and life insurance, retirement benefits, six months of paid maternity leave, and four weeks of paid vacation. They also regularly receive medical check-ups, and even do yoga every morning. 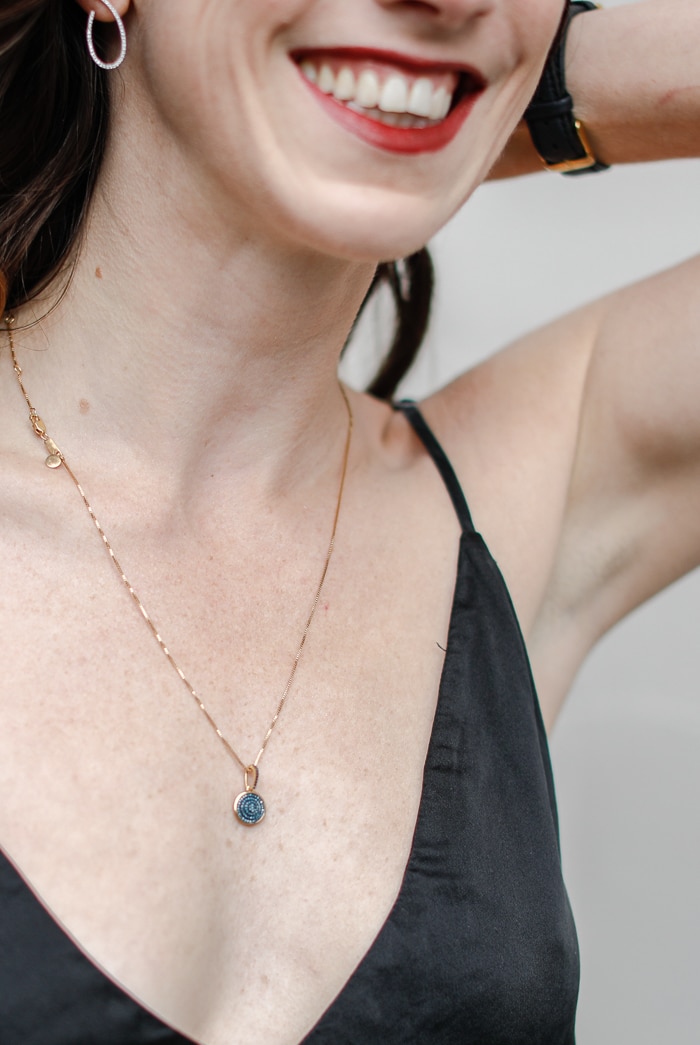 Going Against the Ethical Grain Pays Off

When I got my diamond earrings and necklace,* I put them on and didn’t take them off for days. They make me feel like I’ve arrived to adulthood, with simple yet modern elegance that asks to be worn every day. The pendant diamonds are a blue-black, like satin. The earrings are delicate and go with every outfit.

They look like the kind of jewelry that would be very expensive, something that you would only be able to buy once you’ve snagged that huge promotion (or successful partner who likes to give you pretty things). But Ella Stein’s earrings only cost about $99 to $149, and the pendants range from $99 to $199. For diamond jewelry. Wait, wasn’t ethical fashion supposed to be expensive?

With over 20 years in business, Ella Stein’s sustainable success serves as a note of encouragement for conscious consumers.

“It was very difficult at times because people always took the short route to get ahead,” he says. “But eventually, for us, it paid off very well, and we were able to align ourselves with the perfect, like-minded customers.

“I always knew that if you want to survive in the long run, ethics play a big part.” 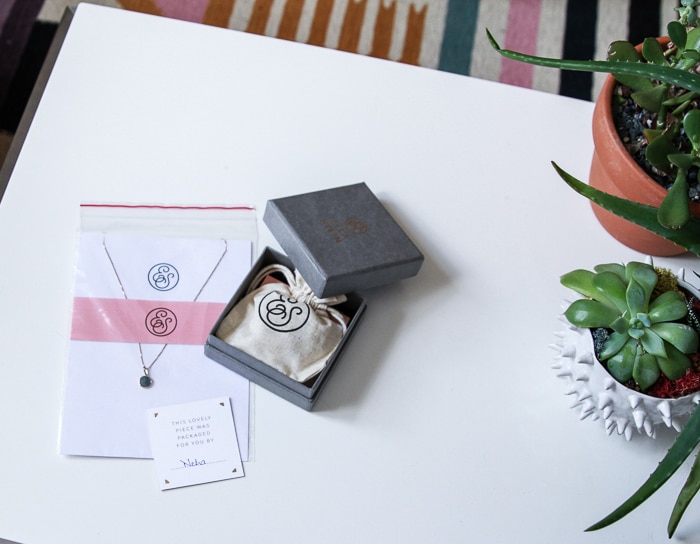