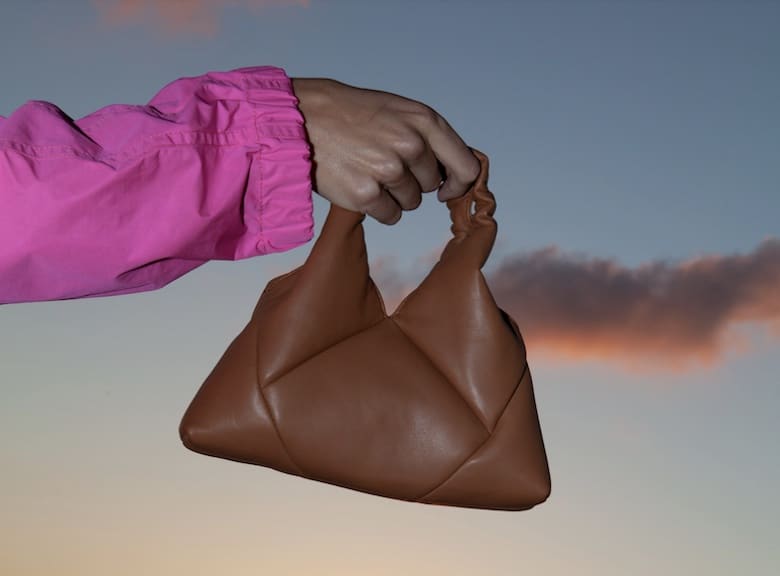 Plant-based living has a big appeal for some, but the amount of greenwashing around so-called “vegan” alternatives to leather can make you second-guess your desire for a new purse.

Animal-free materials for clothing, footwear and accessories currently leave much to be desired when it comes to sustainability, both socially and environmentally. Advocates’ preferred materials, including conventional polyurethane, are often petroleum-derived and can take hundreds of years to decompose, continuously releasing high-concern pollutants into the environment as they go.

Plus, it is now illegal for marketers to use the term “vegan leather” in several counties, Italy and Portugal included.

A fashionable and sustainable compromise might just be leftover leather, also known as surplus, deadstock, excess and, where applicable, even scrap or offcuts. When this material, which would otherwise go to waste, is transformed into a handbag or any other fashion item, the process is called upcycling.

Leather lasts—without deteriorating like current synthetic substitutes—so why not make use of it?

Considering that fashion’s glut of unnecessary textile stock could amount to as much as $120 billion in annual waste, it’s good to know that some brands are taking steps to keep valuable materials in circulation. Figures from ASPRI, the Association of Recycled Leather in Italy (Associazione Pelle Recuperata Italiana), indicate that the Italian tanning industry produces almost 840,000 tons of finished-leather waste every year, roughly 260,000 tons of which is created in Tuscany alone.

To help remedy the situation, ASPRI works in tandem with manufacturers nearby its Florence-adjacent headquarters to gather offcuts and other pieces of leftover leather and establish a supply of quality raw material for partner designers, brands and retailers. As a result of a tie-up with local online marketplace Zerow, in June 2022 it will also open the doors to Zerolab, a new hub for leather waste recovery and upcycling for early-stage designers.

Elsewhere in Europe, Parisian luxury group LVMH (the parent company behind Louis Vuitton, Dior, Celine, and others) revealed a similar concept, Nona Source, in April 2021. A resale platform through which the company’s 75 fashion and leather goods houses can anonymously sell their surplus materials, Nona Source leathers have thus far leaned more towards the calf and lambskin variety. It told its Instagram followers at the end of last year that it had sold around 2,000 surplus skins to its “mindful creatives community.” Nona Source recently opened a London showroom, its first outside Paris, to mark its one-year anniversary.

It is little wonder that brands have begun to get creative with what is already out there and available to them.

Many who have been public about their incorporation of deadstock or scrap leathers discuss looking to their own stores for surplus supplies left over from earlier collections, for instance. Still others highlight how they have formed direct relationships with artisanal workshops that best meet their own environmental, ethical and social standards.

Techniques vary, but one thing remains the same: a desire to beautify a natural raw material, already in existence, to optimize its longevity.

All the more reason for you to make an investment in a luxury leather handbag, no livestock necessary. Well, at least for this go-round.

LVMH-owned French luxury label Patou, founded in 1914, released its first ever leather handbag, Le Patou, earlier this year. Previously, the house was better known for its haute couture, ready-to-wear and jewelry lines. “We refuse to produce new leather to manufacture Le Patou,” it says, instead prioritizing carefully chosen deadstock calfskin sheets which are then cut into seven pieces and assembled by hand by partner artisans in Ubrique, Spain, long renowned for its leatherworking expertise. New colors will be released in limited, numbered drops over time, as raw material becomes available. Protected by an organic cotton dust bag, the design’s adjustable shoulder strap can accommodate three different lengths for an adaptable fit.

Spanish designer Bea Recoder, based in Paris, leverages the network of tanneries she first developed while creating accessories for Chloé, Paco Rabanne, Carven, and Balenciaga, among others, to “reawaken” the dormant leather stocks she had spotted in various suppliers’ warehouses. Small pieces of lambskin are stitched together in patchwork-like assemblages in either Ubrique or Chennai, India, to create highly tactile, slightly puffy shapes. More complex designs involving tinier leather pieces are realized at the Indian facility. Lined in either leather or organic cotton, only around 15 to 40 numbered pieces are created per hue, owing to the inherently limited quantities of deadstock.

Woven exclusively from leather scrap and excess discarded during luxury leather goods production in Tuscany, with support from ASPRI, Sieme launched its first collection late last year. The brainchild of US designer Cassandra Kane, a Zac Posen alumna, each piece is artisan-led, thanks to its hand-crafted making process, which means that no two designs are ever the same. The brand takes orders ahead of time to further limit its waste and has so far released several handbag, strap and keyring designs in this “rescued” leather.

Munich-headquartered MCM’s ongoing Upcycle Project series of limited-edition, upcycled leather goods can span handbags, accessories and motorcycle jackets, depending on resource availability around the time of each capsule’s creation. Surplus napa and vachetta leathers from earlier in-house collections often feature prominently, as do hand-painted designs, leather appliqué and the brand’s own Visetos monogram canvas. All upcycled designs are assembled by MCM artisans in South Korea, where the company ended up placing first in the environment, social and governance category during last summer’s Korea Product Awards, after being singled out for its work on the waste-reducing initiative.

Another LVMH-owned house, Loewe, unveiled its Surplus Project in March of last year. Multiple iterations of the Woven basket handbag, which debuted during creative director Jonathan Anderson’s first-ever collection for the Madrid-based brand, have been formed by braiding together strips of unused leather into a lattice design by hand. An accompanying Crab bag charm has similarly taken shape through a series of intricate, handmade folds. Made from either smooth or soft-grained calfskin, both are offered in a range of colorways. 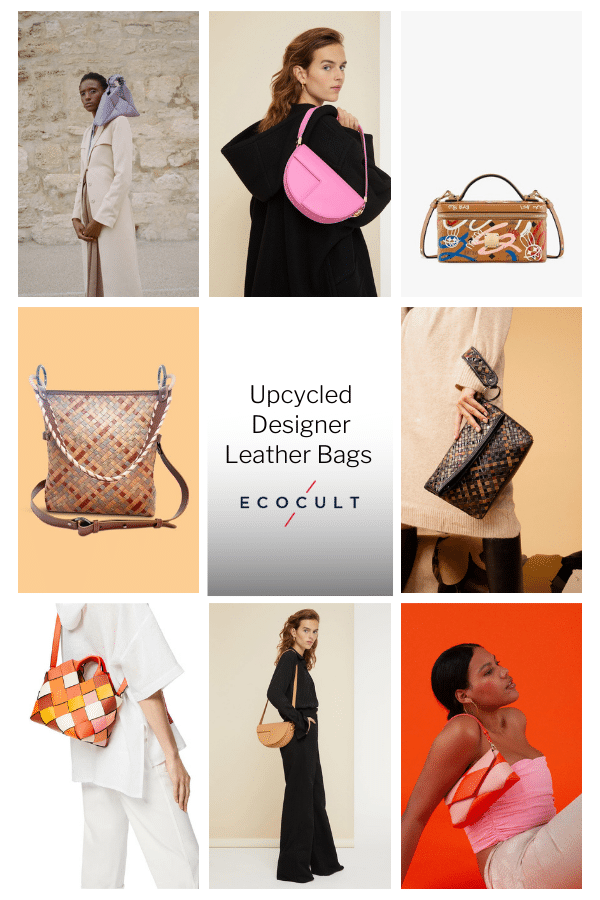 How the Heritage Brand Mondaine Brought Sustainability to Swiss Watchmaking

Sustainable Banking: Why Your Money Might Be Furthering the Climate Crisis