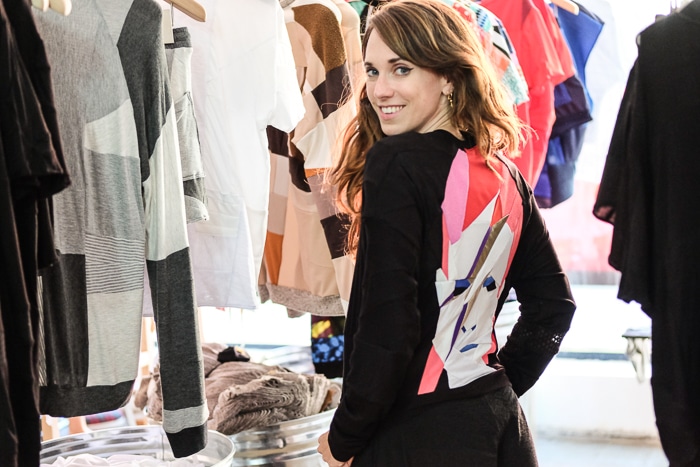 Daniel Silverstein should have been happy.

After all, the young designer seemed to be finding success with his high-end label, which applied the concept of zero waste to couture fashion. Celebrities including Jennifer Hudson, Kristen Bell, and Amber Valletta wore his fierce designs: cocktail dresses with intricate, spine-like braids sewn from scraps, tailored skirts and tops that were sexy and classy at the same time. I covered his triumphant fashion show, which thrilled me in its sexy sustainability.

But like many designers, the retail grind was wearing him down. Make samples, show them to stores, have the stores  criticize and reject many and order a few, then turn around and discount them or lay the blame with him if they didn’t sell well enough. These are all problems that plague a majority of emerging designers these days, as retail unravels, but Daniel was internalizing the negativity. Eventually, he burnt out.

He told me this story as I stood in his brand-new shop/workshop called Zero Waste Daniel, serendipitously located right on my block in South Williamsburg. The storefront is unlike any other fashion store I’ve ever seen. There is a shelf with sweatshirts featuring the faces of Audrey Hepburn, David Bowie, Prince, and a cat, made up fabric scraps artfully pieced together. There a row of galvanized trash cans filled with scraps. And on the other side of a dividing wall of woven scraps, a row of sewing machines and cutting tables, where assistants cheerfully work in full view of the the people walking past the windows, turning out online orders for his downtown-cool sweatpants, t-shirts, and jumpsuits.

He’s developed a following of fashion students and dancers, plus conscious consumers in Australia, the UK, Sweden and Australia who really get the idea of sustainable fashion. In an age of see-it-want-it and seasonless dressing, gender fluidity and athleisure, ZWD takes it to the next level.

“Oh, this is my business now!” Daniel says when I ask him how this fits in with his haute Daniel Silverstein label. 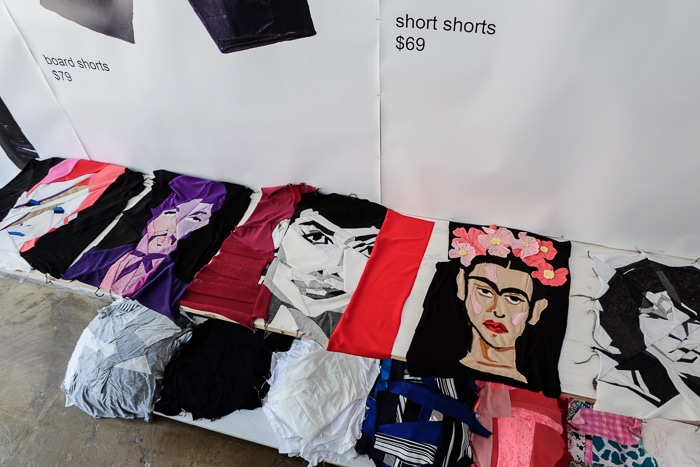 But he almost gave up on design and zero waste altogether. Weepy, despondent, ready to throw in the towel and throw away his scraps so he could get a corporate job, he picked up two huge trash bags of scraps he had been collecting since college and started walking them to the dumpster. He dropped them and they split open on his apartment floor, spilling neoprene all over. He picked up the pieces, and decided to make himself something. Not for buyers or consumers or the internet… just himself. A few hours later, he posted the t-shirt to his Instagram.

“My instagram had never broken 50 likes, and it got, like, 140 likes and comments pouring in asking if they could buy one,” he says. He had his answer. 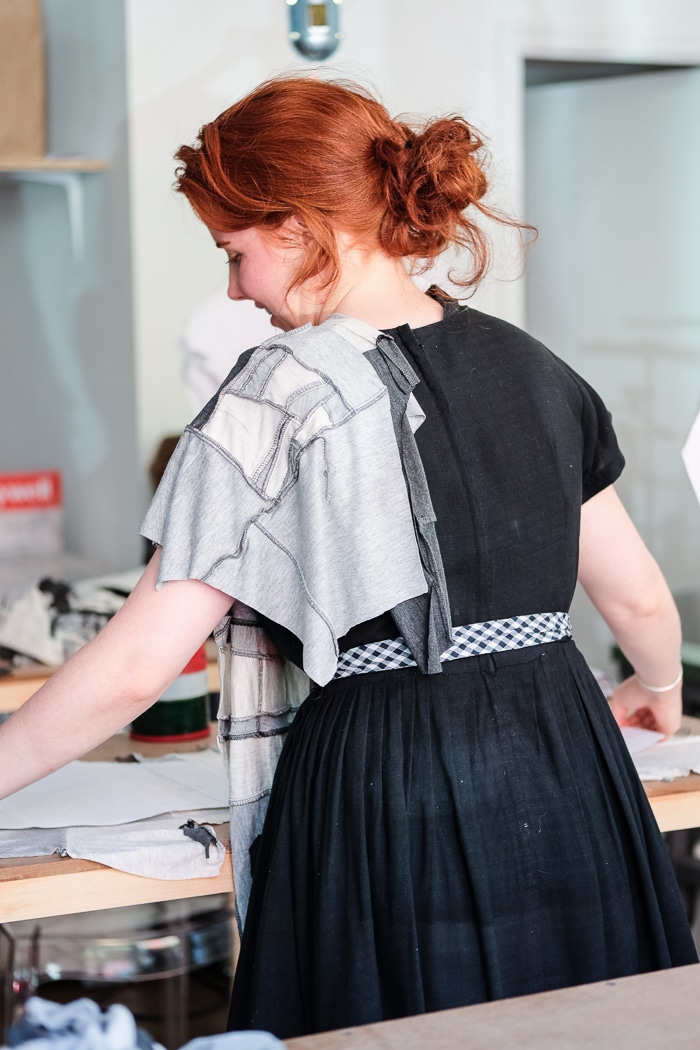 Now he’s completely overhauled his business. He collects colorful scraps from the Garment District and white, GOTS-certified scraps from a factory in Virginia, and – using a technique he calls “reroll”–  turns them into custom unisex streetwear. You can order a piece online, specifying shape (t-shirt, sweatshirt, sleeveless tee, jumpsuit, shorts, pants), the design (solid or mosaic or something else), the colors (black, white, grey, print) and even additional wants, like shorter sleeves or a special pattern.

Or you can stop in the store, like I did, co-design a piece with Daniel himself, and either hang out outside and watch them work on your piece, or wander away to one of the area coffee shops or restaurants for an hour and come back to find your bespoke piece ready for pick-up. Really, they can do whatever you want! Dream big, and Daniel and his staff will try to make it work. 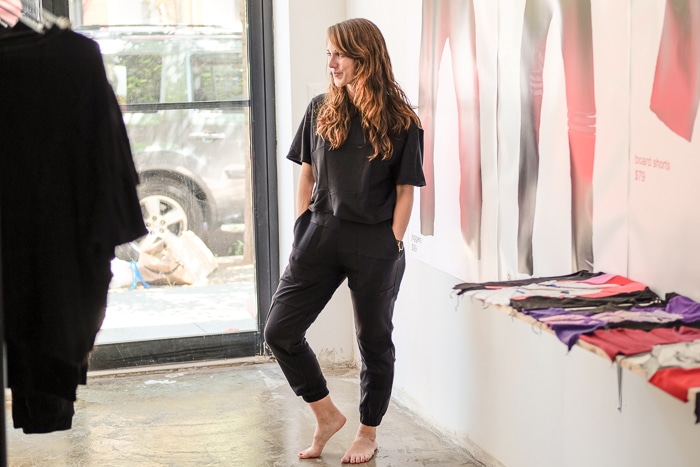 “Anyone can feel sexy wearing this stuff, anyone on the spectrum of gender can come in and shop,” he says. “We’re not pushing excessive stock that we have; we make what you want.”

Having known Daniel for four years, it’s life-affirming to see him so excited and happy about his innovative business. “Once I stopped designing for my career and designing for myself it all started clicking,” he says.

Get 20% off in store by mentioning Ecocult and/or showing this blog post in store, and get 10% off online with code: JOINTHECULT10. Ends at midnight on September 30th!