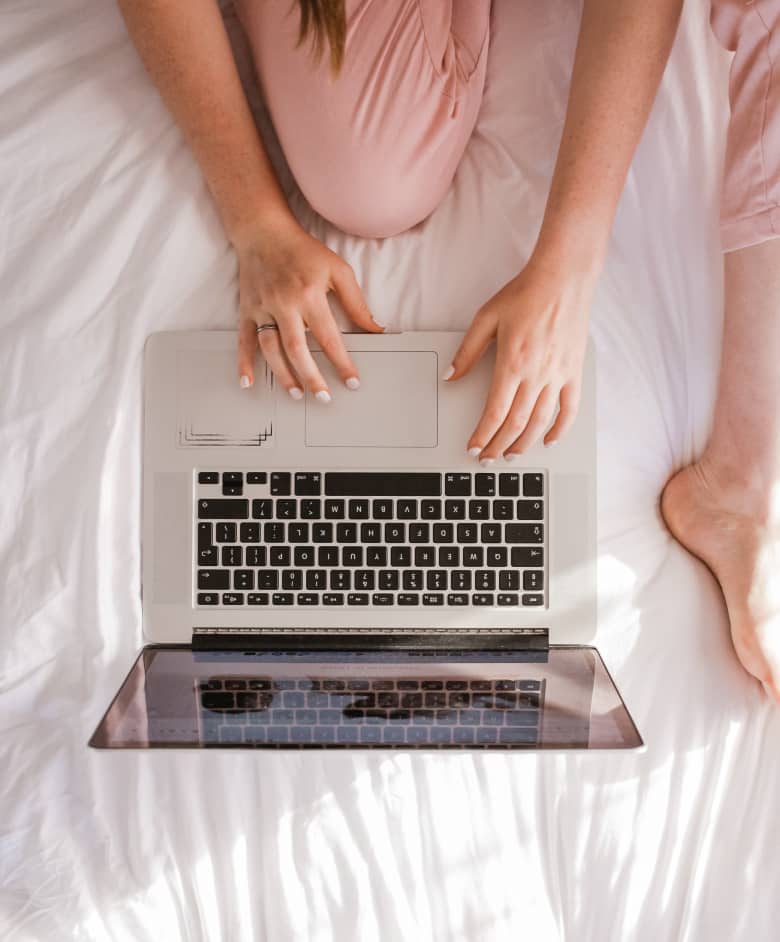 ‘Buy Now Pay Later’ or BNPL has come into vogue in recent years as consumers flock to the opportunity to pay for goods in installments rather than upfront. A March 2021 survey of 2,000 American adults showed that 56% of people had used a BNPL service, up from 38% a year earlier.

The idea of ‘Buy Now Pay Later’ was famously pitched by Klarna during a Shark Tank-style business pitch competition held at the Stockholm School of Economics in 2005, and launched in 2006, initially as Kreditor. On the other side of the globe, Afterpay, an Australian startup, launched its service in 2014. It quickly dominated the Australian market before being purchased by the US company Square for $29 billion USD. Now, with Apple Pay Later, consumers can pay off any purchase made on Apple Pay in installments.

No industry adopted these services quicker than the fashion industry. A U.K. report concluded that 90% of transactions involved fashion and footwear, and another study found that over 1 in 8 consumers in the age group of 18-24 claimed that social media influencers contributed to the decision to use these services. According to the US Census’ Annual Retail Trade Survey, this trend was only spurred on by the pandemic, when online shopping became the norm and e-commerce sales increased by approximately 43% between 2019 and 2020.

There is a growing concern that BNPL is encouraging overconsumption in younger demographics and, as a by-product, fuelling the growth of fast fashion companies.

However, despite its risks, BNPL offers lower-income individuals the opportunity to afford high-quality, sustainable goods. So, could companies like Afterpay and Klarna help us make more conscious long-term buying decisions? Before BNPL can become a vehicle for good in the world, we need to understand where we might be going wrong and how we got here in the first place.

The History of Paying Later

For some of us, Buy Now Pay Later feels like it came out of nowhere and then was suddenly ubiquitous. But this is a story as old as the debt cycle. It was the Singer sewing machine that was first offered for purchase through installment plans two centuries ago in 1856. Housewives were suddenly seeing advertisements telling them they could buy now and pay later. Households that couldn’t afford sewing machines up front were able to save more in the long term, as they could make and repair their own clothing.

However, true consumer finance really took off when in 1924, General Motors began offering car loans, allowing consumers to go into debt to afford a better vehicle. Henry Ford believed that offering credit to purchase cars was morally wrong and instead introduced a layaway plan, in which customers would deposit $5  a week until they could afford the car. Ultimately G.M. was right; as Ford’s sales suffered, they capitulated and offered a line of credit to their customers. But, this was only the beginning. Americans had fully adopted the idea of consumer finance in under a decade. By the end of the 1920s, the debt to income ratio grew from 4.5% to 9% as consumers flocked to installment plans.

The key difference between the 1920s installment plan craze and what we see now is that most people back then were buying “consumer durables.” Durables are products that tend not to wear out quickly, so they do not require frequent replacement; for example: cars, fridges, washing machines, and dryers.

In the 2020s, however, there has been a shift away from using installment plans for big-ticket items to low-cost items—a shift that could have consequences for both the consumer and the environment.

Today, consumers use BNPL to fund frequent, low-cost transactions—specifically to make fashion purchases. The same U.K. report told us that on average, the amount borrowed per transaction was between £65 and £75 (approximately $80 to $90). Interestingly they also found that 75% of users were between the ages of 18 and 36,  and the same percent were female.

In a promotional report provided to onboarding eCommerce stores, Klarna claims that shoppers with access to BNPL are 44% more likely to buy, spend 55% more, and 94% were likely to repeat a purchase at least once. While we can’t jump to conclusions, these statistics paint a picture of a service that encourages young consumers, primarily women, to frequently purchase inexpensive apparel with money they don’t have. Worse, the outlets that have benefited the most are known to produce low-quality products that won’t pass that test of time.

We wouldn’t be so quick to take out a car loan if we thought we would throw out the vehicle in 12 months. But consumers are taking out loans for fast fashion items repeatedly in much the same way. So, why have so many young consumers adopted these services in just a few years?

BNPL companies like Afterpay and Klarna have pitched themselves as a budget-conscious alternative to traditional financing options, such as payday loans and credit cards. The CEO of Klarna, Sebastian Siemiatkowski, said that their suite of products “…make it easier than ever for consumers to understand their spending habits and manage their budget.” Consumers agree. An RFI Global study showed that 31% of people surveyed said they choose BNPL to help them with a budget, while 28% use it to improve their cash flow.

Much of this feeling is based on the fact that the costs associated with BNPL really are far less than using a credit card. Credit card users in the UK are usually granted an average of 56 days of access to interest-free money; after this, however, they will likely be paying interest on late repayments. Most BNPL companies provide ‘interest-free’ loans. When you buy an item through one of these apps, you will pay the same price as if you were paying cash. As well as this, BNPL services have strict repayment schedules, which help consumers repay their debts on time.

For such an accessible and inexpensive loan, it’s surprising then that BNPL users are defaulting on an increasing basis. In the past 12 months, BNPL accounts that were 30 days past their due dates increased from 1.4% to 3.7%, more than doubling in only one year and surpassing the 1.7% of American credit card accounts that are in default.

While all BNPL services are marketed as interest-free, some charge monthly or late fees of between $5 and $10, and they may report your debts to debt collection, which would affect your credit score. Experian announced in January 2022 their plans to introduce a new credit bureau, solely dedicated to BNPL. Prior to this, consumers were able to take up serial loans, and could rack up large debts from multiple lenders. A report by the Australian Securities and Investment Commission (ASIC) noted that 25% of consumers with up to 3 BNPL services were likely to skip on essentials such as food and rent to make their repayments. Not so budget-friendly, after all.

Can BNPL Break Down Barriers to Quality Goods?

Unsurprisingly, goods marketed as sustainable are often manufactured locally, use high-quality materials, and are sourced from ethical locations. However, buying high-quality goods is in itself a sustainable choice. Products that last longer lead to less waste and less reliance on fast fashion.

However, many sustainable and durable fashion items like PFAS-free outdoor or hiking gear, quality-crafted winter coats, everyday shoes, or elegant professional clothing come with a price tag to match, meaning they’re primarily for affluent shoppers and the eco-conscious middle class. Statistics show that GDP per capita correlates with a willingness to pay for environmental protection. The 64% of Americans living paycheck-to-paycheck have been left to rely on fast fashion and low-quality goods, which require repeat purchases. Using BNPL helps break down the high cost barrier of sustainable and high-quality clothing allowing more people to invest in these long-term items than before.

Peppermint Magazine suggests that although it got off to a slower start, the sustainable fashion sector is also seeing growth that can be attributed to BNPL. When surveying 21 ethical fashion brands from Australia, Peppermint Magazine found that 81% of the brands offered BNPL as a checkout option for their store, and 53% stated that they had seen an increase in sales since using the services.

Interest in sustainability is rising; in a McKinsey US cohort survey, 66% of respondents claimed they consider sustainability when making a luxury purchase. However, when questioned if they were willing to pay more for sustainable products, 31% of Gen-Z said yes, but only 12% of baby boomers said so. Another survey conducted by Nosto surveyed 1,000 respondents from the U.K. and 1,000 from the U.S., finding that only 32% of participants were prepared to pay more when purchasing from a brand they believed was committed to sustainable practices. So it seems that despite sustainability being a consideration for many consumers, they are having trouble coughing up the cash to support sustainable brands.

The question is, is borrowing money to purchase higher quality apparel, even when doing so to save in the long run, the most budget-friendly way to contribute to a more sustainable fashion industry?

Whether or not BNPL services work for you and your circumstances is a personal decision. If you decide that BNPL might not be the best option for you, there are other options.

Layaway – Unlike BNPL, layaway is a private agreement between a customer and a store owner to put a product on hold for several weeks while the customer pays off the total product cost. The customer doesn’t collect the item until it’s fully paid off. Layaway can occasionally involve fees, with K-mart and Sears both charging from $5 to $10, with $20 cancellation fees. Layaway is not the best option if you need the item on short notice. But for those of you who want to save up for an item, instead of risking taking out a loan, it’s a convenient and budget-friendly alternative.

Simply save up – The best option to avoid fees and have complete control over your money is to simply save up. Creating a separate bank account for upcoming purchases is a sure-fire way not to get caught up in any debt, late fees, service fees, or ongoing interest payments. In addition, by budgeting before the purchase rather than after, you can guarantee that you can afford the product you are looking at, plus give yourself time to think over whether you really want or need the item.

If none of these sounds like it will work for you, don’t shun BNPL altogether. If you need a sustainable and high-quality product—a need, not a want—on short notice and don’t have the cash, then BNPL is a great tool for keeping up your cash flow. Ultimately, without the appropriate regulation in place and a retail industry motivated to push these services, it’s up to you to play it safe with BNPL services.

At the end of the day, BNPL is just a financial tool, and like any tool, the defining factor of whether it’s a force for good or bad is how we use it.

Nope, Fashion Is Not Responsible for 20% of Global Water Pollution, Either