Consumer ethics are becoming an increasingly large factor in how we spend our money. A 2019 Retail and Sustainability Survey by CGS found that sustainability was important to 68% of consumers, with Gen Z leading the pack in their stated willingness to pay more and stay loyal to ethical businesses.

But how to know if a business is actually ethical? B Corps claim to provide the definitive answer.

Since its founding in 2006, B-Labs, the non-profit business behind the B Corp certification, has been evaluating businesses using a set of criteria that considers the overall impact of a company on its workers, customers, community, and the environment — otherwise known as a company’s stakeholders. While most companies are focused on pleasing only their shareholders, B Corps are legally accountable to these stakeholders as well. A normal business considers profit as the bottom line; B Corps add two more key factors — people and planet — to create a “triple bottom line”.

At the time of writing, there are 3,445 certified B Corp companies globally, including fashion brands Patagonia, Allbirds, Eileen Fisher, Veja Trainers, Athleta and TOMS. This year, Reda became the first textile firm in Italy to achieve the B Corp tick of approval.

How does B Corp compare to other fashion certifications?

Compared to the over 30 different groups that certify and rate specific sectors like textiles, agriculture, animal rights and supply chains transparency (a comprehensive list of which can be found on EcoCult here), the B Corp certification is more holistic in its scope. B Corps must achieve at least 80 points out of 200 in the B Impact Assessment, which considers governance, workers, community and the environment. Once certified, a B Corp business then incorporates these commitments to stakeholders into the core of their business governance, further solidifying their commitment. In other words, they consider these factors in every decision.

B Corps sign a “Declaration of Interdependence” and commit to full public transparency on each of the five impact areas, which are published in the B Corp Directory. This transparency and accountability set them apart from other fashion brands. As the 2020 Fashion Revolution Transparency Index highlighted, while brands are increasingly publishing their sustainability policies, they communicate comparatively less on the progress and results of said policies. “Brands continue to lack transparency when it comes to types of information that enables external stakeholders to hold them to account — e.g, detailed supplier lists, audit results, wage date, climate impact data and so on,” says the report.

We all know that fashion is rife with greenwashed businesses jumping on the eco-bandwagon for a bit of good PR. A B Corp certification is a strong indication that a business is committing to the best possible practice in everything from the supply chain, their fibers and materials, diversity and inclusion, training and education, workers rights, the product life cycle, recycling initiatives, and so on. You can dive deeper into Eileen Fisher’s B Impact Report for a better understanding of how each of these aspects are scored.

Another example is Patagonia, one of the biggest clothing brands to be a certified B Corp and also the highest-scoring fashion brand, with an Impact Score of 151/200. “Patagonia is about two things: quality and values. Simple as that,” said Bayard Winthrop, the CEO and founder of American Giant, in a TIME magazine feature on the brand. “They consistently execute on those two core ideas and don’t get caught up in the noise. This is effectively what puts them in a class of their own.” Patagonia contributes at least one percent of their sales to environmental groups. Since 1985, they’ve given over $89 million to grassroots groups around the world. Of course, each company’s contribution to social and environmental causes depends on their size and maturity, but Patagonia is a great case study in just how impactful a fashion brand can be through this business model.

Does the certification mean a brand is trustworthy?

Achieving the elusive B Corp certification doesn’t mean that a business is entirely, unquestionably ethical. Reformation was a B Corp brand from 2014 until 2017 when the company cited the mounting cost of certification as a reason to leave. In June this year, reports surfaced of Reformation’s racist company culture which led to its founder, Yael Aflalo, stepping down.

It’s also worth noting that if a company changes its strategy, is bought out, or takes on a major investor who doesn’t agree with the B Corp terms, they can drop the certification without consequence. In 2015, one of the first publicly traded B Corps, Etsy, hit the news for tax avoidance in the U.S. after moving its subsidiary to Ireland in order to avoid disclosing financial information. The handcraft marketplace subsequently gave up its B Corp status in 2017. What’s clear is that the B Corp certification isn’t a one size fits all solution for all businesses, particularly as they grow and federal and state legislation becomes a consideration.

Some believe that the government should be taking a bigger responsibility for holding businesses accountable, rather than a private-sector group like B-Labs. “It seems to me that making 5,000 or 10,000, or even 20,000 companies do good, better, or certify themselves as doing better, pales in comparison to the effect that you’d have making it illegal to ruin the climate, making it illegal to employ people in ways that drive them into hunger when they work 40-hour weeks,” Anand Giridharadas, a former New York Times columnist and author of the 2018 book Winners Take All, said in a Business Insider interview in 2019. He’s part of a growing chorus of advocates who say the focus needs to shift to legally-binding policy change at a federal level.

In 2018, Senator Elizabeth Warren introduced the Accountable Capitalism Act (ACA) during her presidential campaign, which would require large businesses to embed a similar model to the B Corp certification into their governing structure in order to rectify the current system (called shareholder primacy) that essentially hoards wealth for shareholders and gives very little back to stakeholders. The ACA would be mandatory to businesses with an annual profit of over $1 billion. According to USA Today, Tommy Hilfiger, Calvin Klein, J Crew, Old Navy, Gap, Victoria Secret and 13 other fashion brands would qualify under Warren’s ACA proposal. While she dropped out of the race in March, the ACA’s exposure reintroduced the concepts into the national consciousness and sparked debate about the issue.

But until our global economic system gets an overhaul, for the conscious consumer looking for brands that take tangible and traceable steps to become more sustainable, a B Corp certification is a solid indication that you can trust their product. While B Corps may not be infallible, the certification has started to promote and normalize an alternative business model to our broken system. And that is reason enough to trust a fashion brand that has taken the trouble of being certified.

Our Favorite B Corps

Below are some of our favorite ethical and sustainable fashion brands that are certified B Corporations, along with their scores.

A banking app that invests your money in green projects like clean energy, sustainable agriculture, and other climate-forward initiatives, sustainable banking made easy is what Ando Money is all about. The goal is to move money that’s sitting in the banking system into funding exclusively carbon-reducing projects. It’s easy and secure for customers—through the app’s Impact Center, users can see exactly how their money is distributed across different sectors, the impact their money is having, and the returns they’re making. In short, it offers a transparent way for users to “follow the money”.

Thai-owned Boma is a family-owned business, founded by the current CEO’s parents in the 80s. It owns its own factory in Thailand, so it can ensure that all its workers earn a living wage, have competitive medical benefits, and long-term career opportunities. Its precious metals are conflict-free, mine-free, and recycled from OSHA-certified vendors. Boma also adheres to the Cradle to Cradle list of banned substances. In 2016, Boma introduced the Boma Girls Fund, which was created to formally donate funds to programs created specifically for the workers and communities of the artisans and craftspeople who make their jewelry each day. The Boma team has chosen to grow slowly and sustainably over the past few decades, and they’re not finished making progress. Within the jewelry industry, there are less than 20 brands that are B Corp certified. Boma is Seattle’s first and only B Corp certified jewelry company. 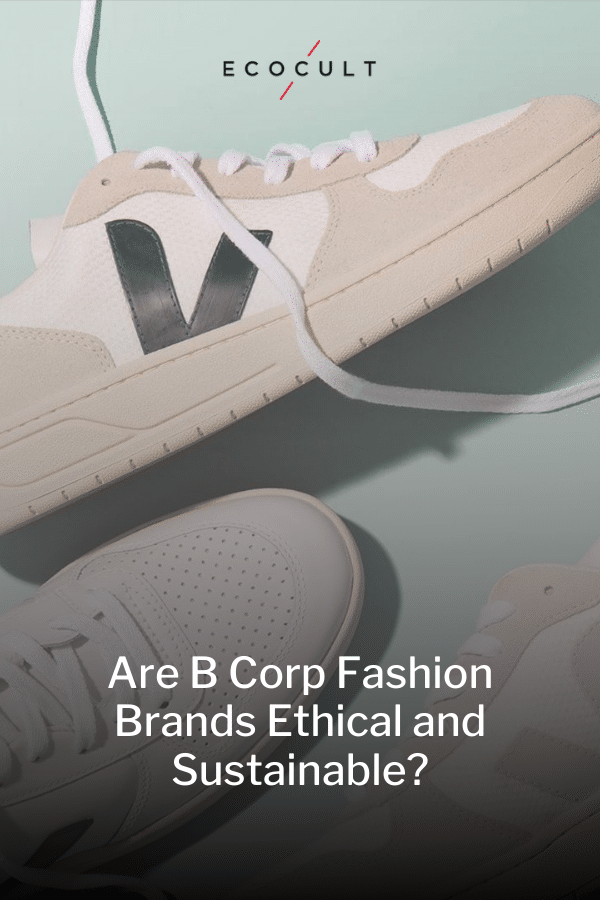