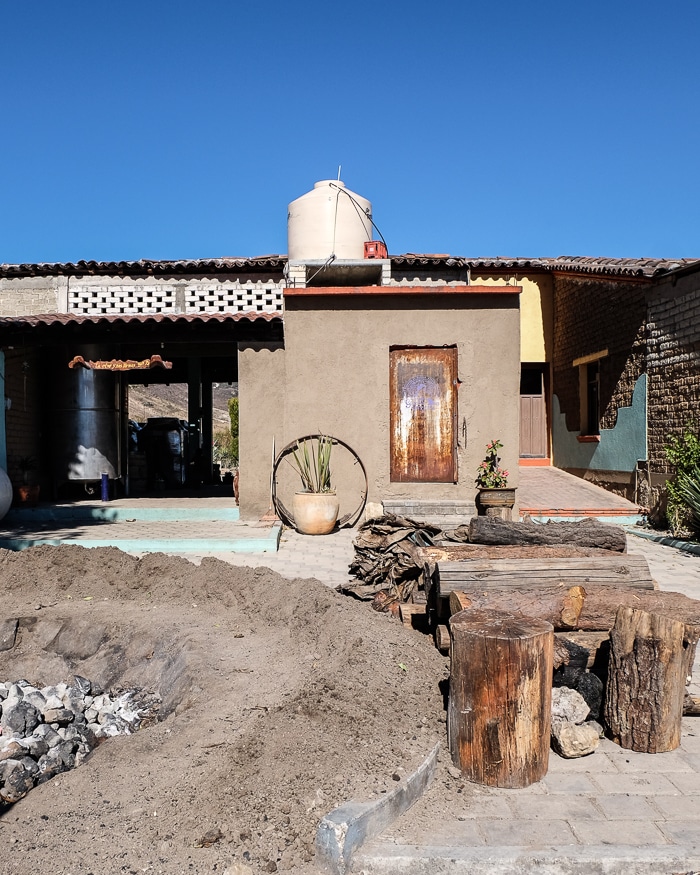 The first time I tried a cocktail with mezcal was five years ago on my birthday. I was single and loving it, and made a reservation for me and six of my girlfriends at a hip but affordable Mexican restaurant on the Lower East Side.

The cocktail list, naturally, had several iterations of margaritas: passion fruit margarita, strawberry margarita, and a mezcal margarita. What is that? I asked the waiter, and he said like tequila, it’s made from the Mexican plant agave. But it has a smoky and rich taste. We ordered our fancy margaritas, and I decided I loved it.

Apparently, tequila is just a refined and over-commercialized subset of the liquor category of mezcal. Tequila is made from unsmoked blue agave in a fast industrial process that involves cooking instead of roasting the plants, shredding them mechanically, and sometimes washing them in a chemical bath to extract their sugars. Straight tequila has ruined many nights for me. I associate it with nausea, poor choices, and massive hangovers in my early twenties. In fact, my New Year’s resolution in 2012 was to never take a shot again, something that I’m quite proud to have stuck to.

That is, until a couple years ago, when I found myself at a small event in the California desert, and was passed a bottle of Gem & Bolt mezcal. I hesitantly took a sip, and was surprised at how smooth and sweet it was. When it came back around again, and again, and again, I partook each time. I got buzzed, but not sloppy. You might even call it a clean high. (Some devotees say the pure, artisanal stuff from the side of the road in Oaxaca has a slight hallucinatory effect. But also, Gem & Bolt adds the herb damiana to their product.)

When I retired that night to our safari tent, I was convinced that I would be hungover the next morning, and having hangover in a tent in the desert is no joke. But when I awoke the next morning, I merely stretched and walked into the sunshine, happy to be alive and ready for the next adventure. 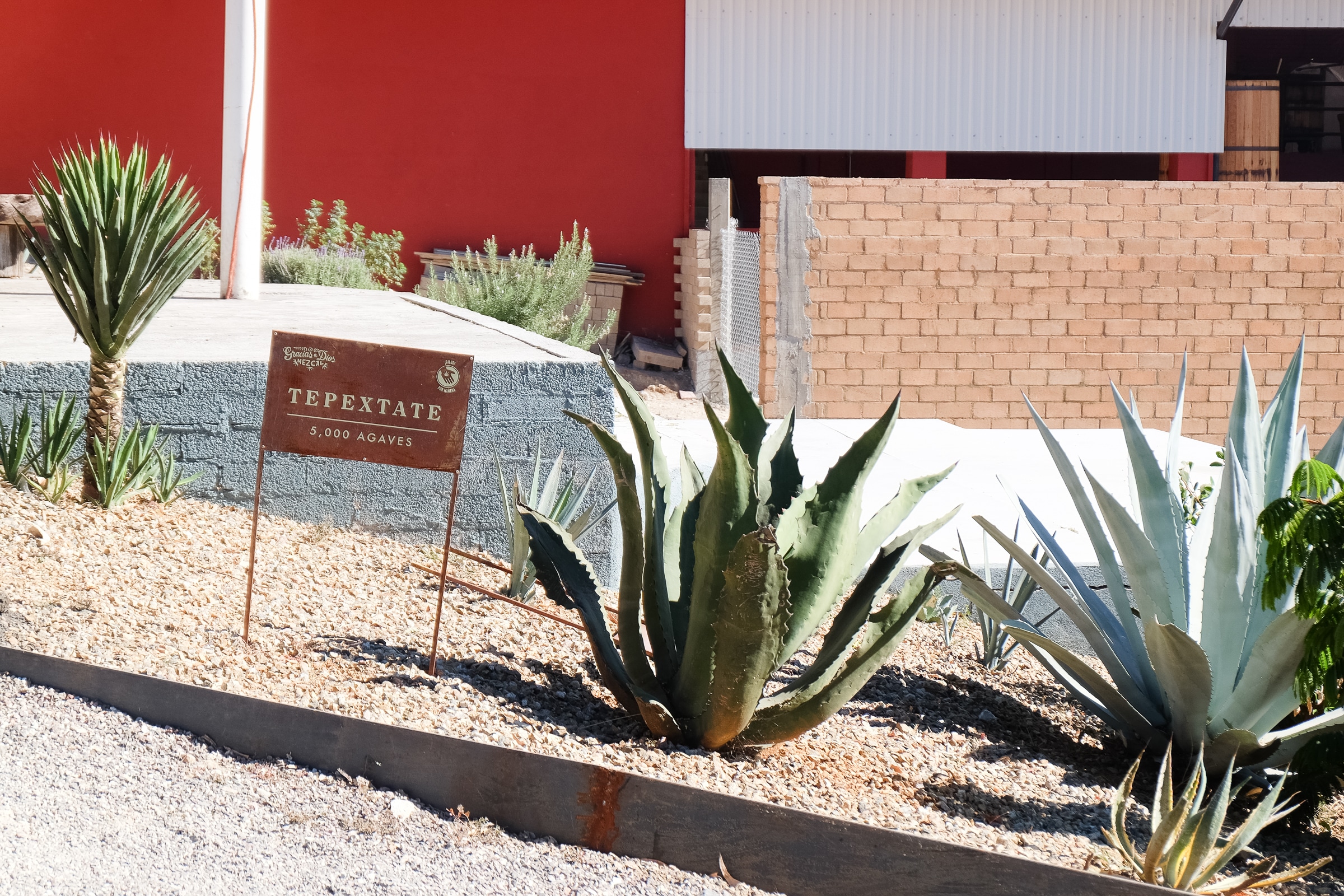 “If your eyes are burning, if you said something insincere, if you have a hangover the next day, you are drinking mezcal wrong,” a 2016 New Yorker article says. I believe that. Mixed simply with some fruit juice, mezcal imparts a delicious undertone that tastes like a languid summer spent in Central America with people you adore. But I’ll take it on a New York City hotel rooftop, too. We served mezcal mules at our wedding, and brought a bottle with us to Burning Man as our liquor of choice for enjoying ourselves,

Mezcal only arrived in the U.S. in 1995, and became popular in the past five years or so. It’s an artisanal product, an alcohol for those who are into the slow food movement. Agaves hearts are ground in stone mills, roasted in an underground pit, wild-fermented in open vats, and distilled down to a funky spirit that has a strong terroir, or unique taste of where it was crafted and how. It’s been crafted for generations by families in small towns across Mexico.

But as a conscious drinker, there are reasons to concerned.

The Sustainable and Ethical Problems With Mezcal

As mezcal has exploded in popularity – it’s doubled since 2011 – it’s created a whole host of problems for the environment and community.

Spooked, the corporate tequila industry is coming after the small, indigenous, artisanal mezcal makers and trying to regulate them out of business. Some makers who have made it for generations are not allowed to call their product mezcal, because they are not in the legally designated regions. The newest proposed legislation would divide mezcal makers into three categories – standard, artisanal, and ancestral – depending on how it’s made. Sounds like an excellent idea, but would large companies find loopholes so they could label their mezcal artisanal? That’s the debate.

Plus, there are sustainable and ethical quandaries. That stone mill is driven by a horse, who walks in a circle rolling the heavy stone for eight hours a day. Most palenques gather wood from the mountains for smoking and heating their distills, so the popularity of mezcal has led to deforestation. And many of the mezcals are made from wild-harvested agave, which can take up to 35 years to mature. There is a risk that the wild agave might be over-harvested if mezcal’s market continues to grow.

Finally, there’s the waste that comes from making mezcal. Called vinasa, it’s highly acidic. Most palenques put it directly into the closest river. If it’s a tiny traditional palenque, that’s no big deal. But as palenques grow larger, the large amounts of waste can kill all aquatic life in the river.

When I visited Oaxaca, I finally had the chance to get to know the liquor in its homeland. I sipped it straight from little cups made from nut shells at a speakeasy on New Year’s Eve. I had it in cocktails rimmed with spicy chapuline (cricket) salt on a rooftop and in a local’s bar. I even had a local fuss at me for letting some spill out of my cup at a party. “Mezcal is sacred here,” she said in Spanish. Disculpe, amiga.

Of course, I want to keep drinking mezcal when I get back to the states, but I won’t have easy access to itty bitty artisanal brands. And I don’t want to ruin the environment buy buying the wrong large brand. So this is an important question: how can brands grow and satisfy the demand of the American market, while keeping it artisanal and protecting the local environment?

Sombra Mezcal, the second most sold mezcal in the U.S., is trying to figure that out. They recently constructed a modern palenque outside of Oaxaca with the goals of employing sustainable and ethical techniques, while still hewing to the local traditions. They invited me by to see what they’re about.

A fashionable local who consults for Sombra, Eleana Nuñez, picked me up in Oaxaca proper and drove me to the desert community of Matatlan, about 45 minutes outside of Oaxaca, where mezcal palenques line the dusty road. We pulled into the parking lot of Sombra’s shiny new facility. It was sleepy at the palenque that sunny day, with just a few employees on site. Eleana walked me through the mezcal process, as one employee cleaned a copper still.

The agave that Sombra starts with is a domesticated variety, single-estate and organic, which takes a relatively short seven to eight years to mature. (Next door at the traditional palenque Gracias a Dios, the fourth-generation master mezcalero is trying to cultivate wild agave varieties in a nursery before replanting them in the wild, but it’s as-yet unclear how effective this will be.)

Sombra sources wood for the smoking process from certified sustainable sources. They put rocks on top of the wood for six hours to heat them, put a bed of agave fiber on that, and then put the maguey piñas, or hearts, on top, cover them with more fiber, and cook them for five days. They’ve made this process safer by putting a hood – like a huge version of the one over your kitchen stove – right over the fire pits to draw the smoke outside, so that employees aren’t breathing in smoke and particulates.

Then, after resting for two days, the agaves are crushed in a stone mill. Instead of employing a poor horse to walk in a circle dragging the stone mill for eight hours a day, Sombra has constructed an electric mill. “We can make one fermentation tank [of crushed piña] in half the time that it would take a horse,” Eleana said.

The crushed piña is fermented with only native yeast for six days. Rain is collected from the roof and stored in underground tanks for this purpose.

Then, it’s distilled in copper stills using gas to heat them instead of wood, which reduces Sombra’s carbon footprint. Control panels help manage the distillation process so the batches are consistent, and it’s piped through stainless steel pipes to the second copper stills. In the last step, the mezcal is poured into recycled glass bottles. They don’t use plastic for pipes or storage. “Using plastic for storage changes flavor of mezcal,” Eleana said. 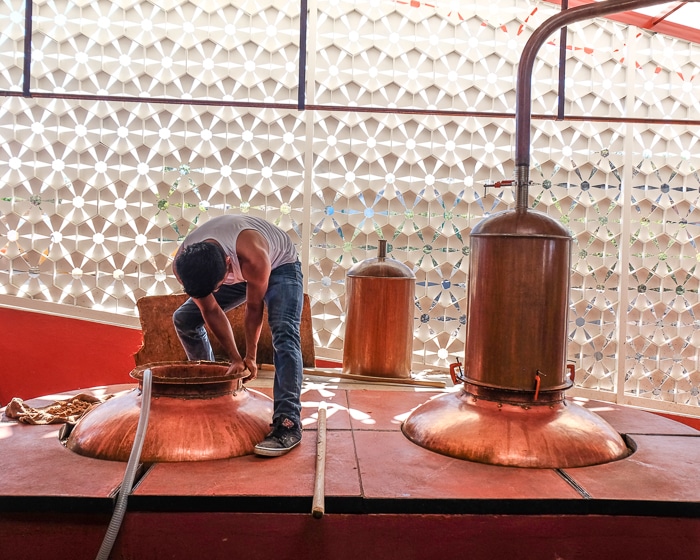 She brought me up to the office, and handed me two shot glasses of mezcal to try. One was Sombra’s typical product made from the domesticated piña. The taste is smoky, crisp and clean, a perfect base for a mezcal mule or paloma, or even to sip clean like they do in Oaxaca. The other was an expensive mezcal made from wild agave that can take over 35 years to mature. I sipped it slowly, trying to decide if it was worth the expense and risk of over-harvesting. I’m certainly not a mezcal expert, so I won’t give you my worthless opinion. I’m just someone who likes to enjoy tasty cocktails with friends and not feel hungover the next day.

Then, Eleana took  me outside, where two workers were laying adobe bricks out to dry in the sun. Sombra takes the fermented agave fiber and effluent and mixes it with dirt to create super strong adobe bricks for local housing. It’s a handmade process, so Sombra hires locals to do it, providing jobs and using no fossil fuels. They are currently donating the adobe bricks to communities in the mountains that have been affected by recent earthquakes. Sombra is trying to expand waste collection to all the local palenques. The bricks can sell for 16 pesos apiece, making it an economically viable way to deal with mezcal waste.

Sombra Mezcal is also part of 1% for the Planet, which means they donate at least 1% of sales to certified environmental charities and local educational initiatives in Oaxaca, Mexico. For example, their foundation teaches the Zapotec language, English, computer skills, and dance for free to kids in Matatlan.

After touring through Sombra’s facility, we sat at an outdoor table to talk about the mezcal industry. Eleana revealed that most small mezcal brands hire palenques to make the mezcal for them. This isn’t necessarily bad, but (similar to the fashion industry, actually) it means that these small brands don’t have full control over all the aspects of production — just which ingredients and how exactly they want it distilled — which can lead to some of the problems described above.

So, should you drink mezcal? Absolutely. I left Oaxaca even more in love with it than when I arrived. You should just be aware of some of the problems brewing in the industry. And if you have the choice, ask for Sombra at the bar.

A Non-Toxic Beauty Boutique for and by Black Women