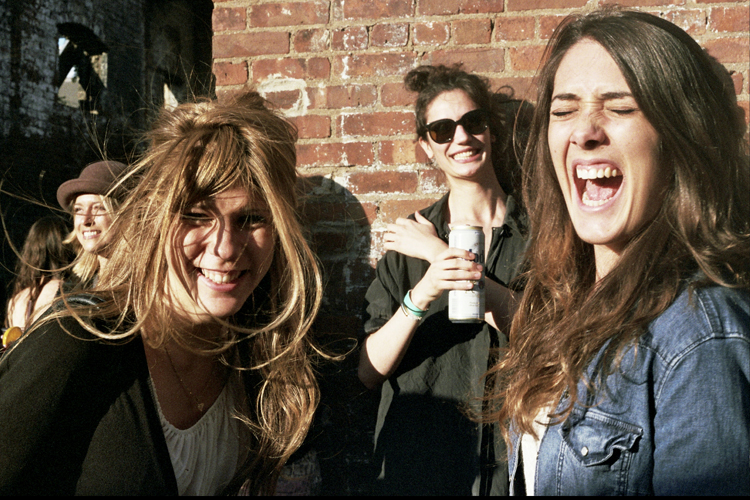 New Yorkers will take outdoor parties wherever we can get them. Rooftops are fun–as long as they aren’t overrun by the B&T crowd. Backyards are good too, though often a little small. But what about a giant hidden compound, walled in by a warehouse, a concrete wall with a small waterfall, a shell of a brick building with a creepy dungeon-type hole (and a bar), and a VIP area on the roof of said warehouse?

That’s the new home of Tiki Disco this year, a bi-weekly, summer pop-up party featuring hot DJs, hot weather and icy sangria that will knock you off your espadrilles. Knockdown Center, it’s called, and it’s located right over the line into Queens, off the L train.

Opening weekend of Tiki Disco set the tone for the entire summer. It was mobbed by party goers celebrating Memorial Day weekend in the city. And it was–almost–perfect. You just have to go with the flow. Here’s my guide to kicking it at one of the most sought-after parties of the summer. 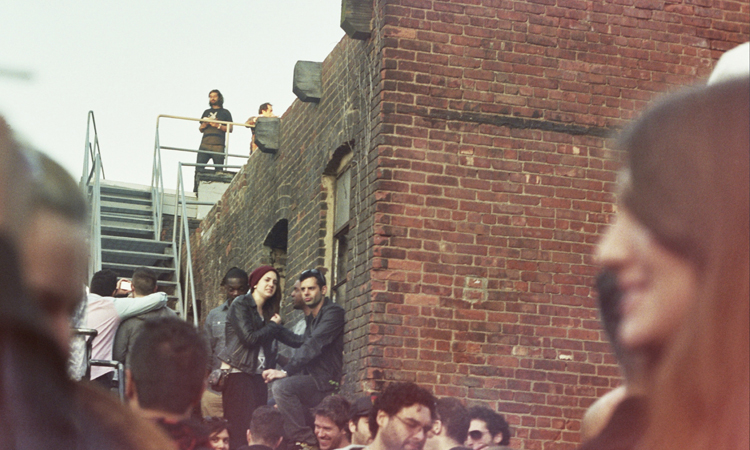 If there’s one thing Tiki Disco is known for (besides great music and great people), it’s the lines. The makeshift gates open at 2 p.m.–arrive at 3 p.m. at your own peril. Even though it was Memorial Day weekend and the L wasn’t running from Manhattan, by 4 p.m the line stretched waaaayyy back, the giant backyard of Knockdown Center was as crowded as any bar on a Saturday night, and a long line of fidgety party-goers waited for port-a-potties. People who arrived late on bikes resorted to some creative tricks to fit their bikes on the makeshift bike rack railing, flipping them upside down and sideways.

The situation will probably get hairy when Tiki Disco moves to its old haunt at Roberta’s, where I’m told the line could last for hours. For those parties on July 7th, August 4th and September 15th, you might want to pitch a tent the night before outside Roberta’s. It will also be at Rippers in far Rockaway on July 21st, August 18th and September 1st.

Update: I’m told that for the second party, they added port-a-potties and fixed the entry situation. No more lines! Get there whenever you want. Except when it’s at Roberta’s. 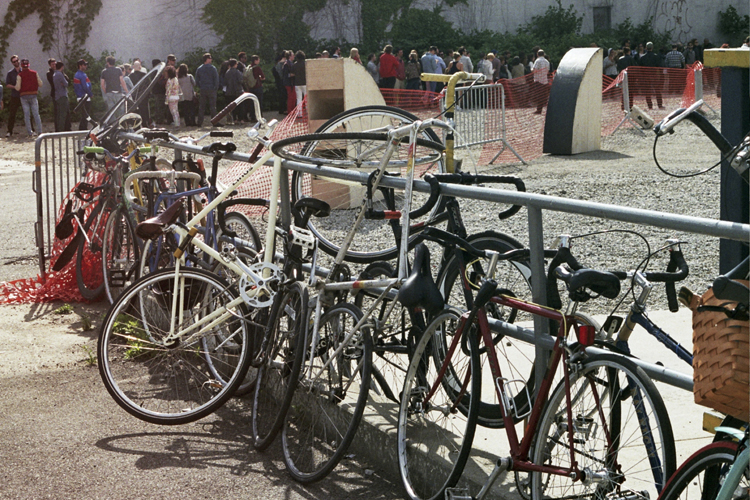 Since the L was only running from Lorimer into Queens, my friend and I decided to take our bikes out. But bike carefully! The bike paths run out as you approach Queens and while the traffic thins out too, what traffic you do see–trucks dropping off loads and cabs racing back to the dispatch centers–goes fast.

Wear a helmet. Oh, and there are no Citibike stations out there, so you’ll have to bring your own bike. 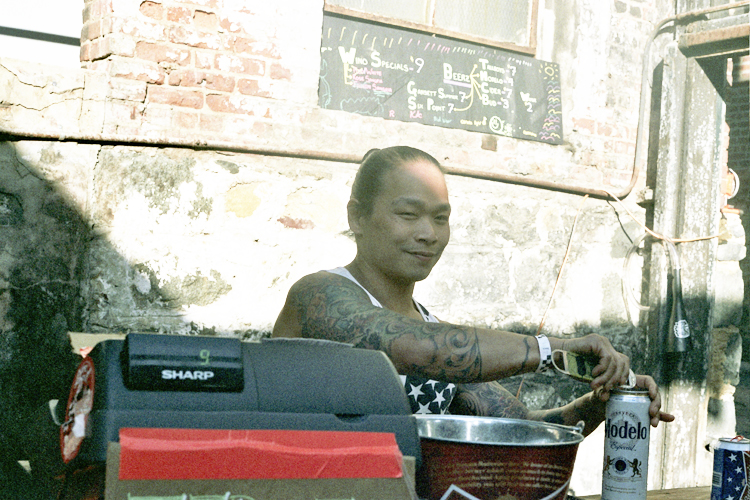 While the party is free, you’ll want to have money on hand to buy a slice of Roberta’s pizza, try a cup of sangria or get a few beers, plus tip the bartenders. 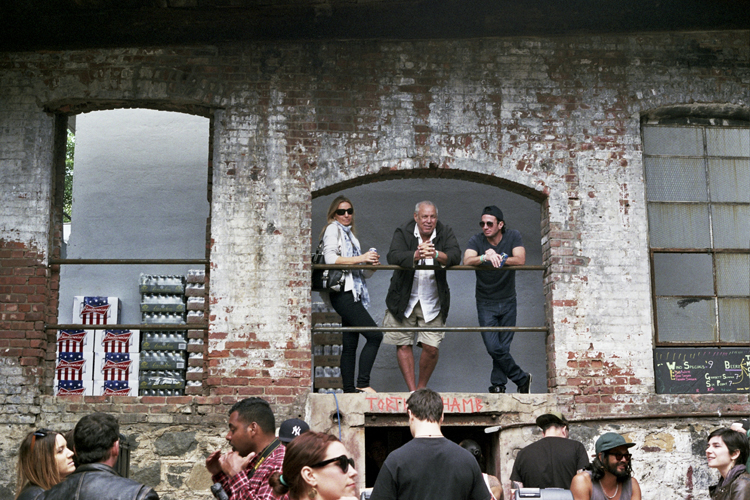 4. Fill Up Your Water Bottle

With NYC heating up, you’ll be happy to have a water bottle on hand to quench your thirst and keep you hydrated while you dance. And really, why pay for a plastic bottle of water when you don’t have to?

We’re talking gravel and grass here. Heels will make you unhappy as you stand around for hours with your friends, dance, and jealously eye the few seats that are available. 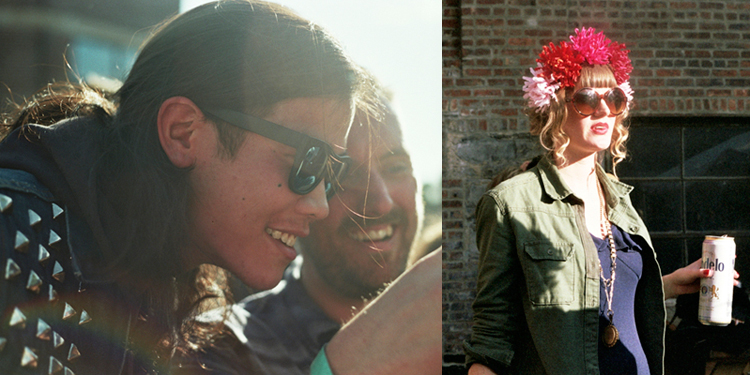 6. Otherwise, Wear Whatever You Want

I know it’s technically Queens–but it walks and talks like Bushwick. You really can’t go wrong, whether you’re wearing studded leather, a flower headdress, or just a t-shirt and jeans. We don’t judge. Well, maybe leave your pearls at home. 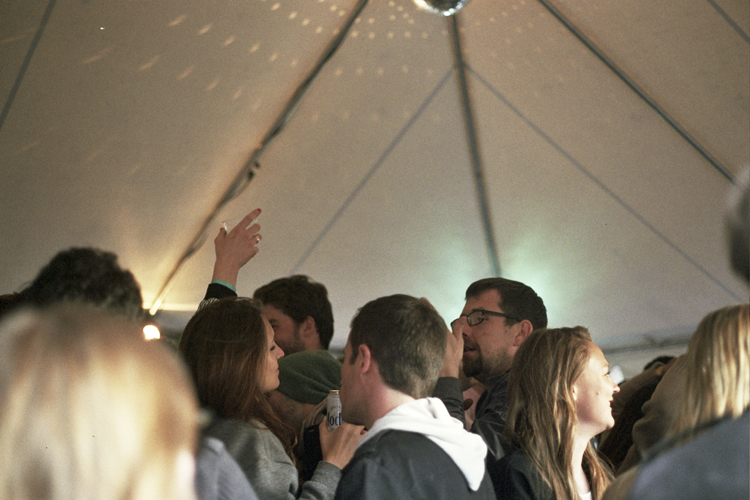 Music lovers know to bring a good pair of ear plugs to a concert, but what you might not know is that Tiki Disco is also not messing around with sound. The DJs work with Funktion-One speakers, meaning the sound quality will be incredible–and incredibly loud. 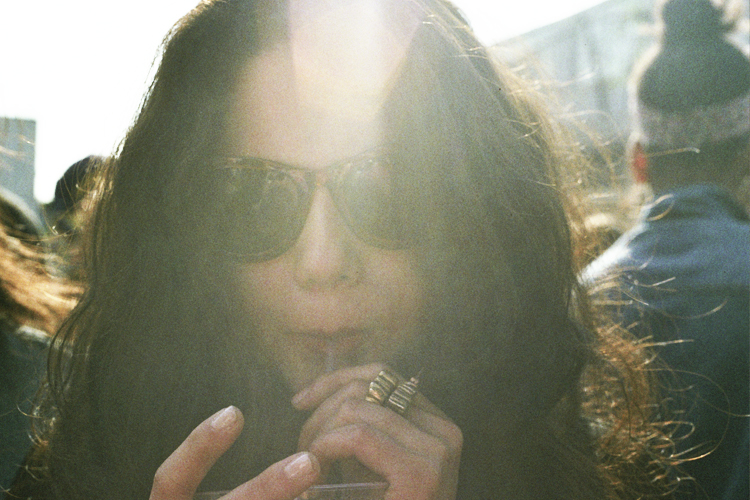 8. Go Easy on the Sangria

Yup, that stuff is delicious. But besides being a pricier pick than the beers, it also packs a surprising punch. By the time 10 p.m. rolled around, the drunk level was up to here, including yours truly. I’m not one to get wasted, but somewhere between 8 and 10 p.m., things got hazy. What I remember most is shoving myself into the middle of the packed dance floor to lose myself in the music.

All photos taken by Alden Wicker with a film Canon AE-1 Program.

How to Dress (Sustainably) for a Music Festival