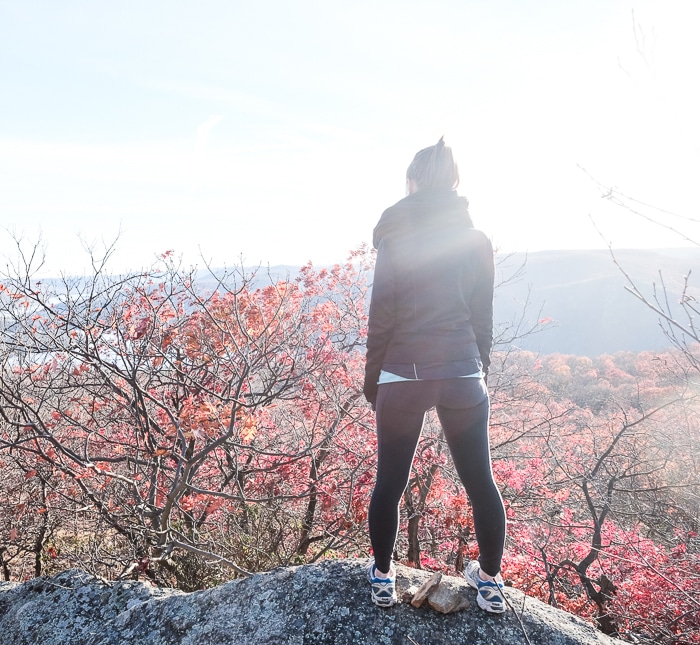 Earth Day is fast approaching, which means I have dozens of emails from PR agencies asking me if I would like to do a roundup of products to buy and include their product. And I delete every single one.

The last thing I think you should do on Earth Day is go shopping. Even if you buy an eco-friendly reusable water bottle. Even if it involves going to any of the sustainable fashion stores I support. Because if you’ve followed this blog for more than a few weeks, you know that I strongly believe that conscious consumerism is not going to save the planet. In fact, it might even be setting the movement back.

Earth Day was founded after Rachel Carson published her seminal book Silent Spring, in which she set forth for the first time the extensive damage pesticides and herbicides were doing to us, wildlife, and the environment. Her book led to the ban on DDT. It led to the organic farming movement, which was codified by the USDA into the Organic label, which is – while not perfect – is carefully administered and enforced. But while I’m sure Carson would have applauded the spread of organic farming (she passed away not long after her book was published from cancer), I imagine that in today’s world, she would not be worrying about what products to buy, but would have taken upon herself to gather together another devastating, science-based critique of how the U.S. handles and approves new chemicals, or fracking, or extended producer responsibility. Something like that.

Sorry, that is a bit of a tangent. What I mean to say is that I see Earth Day’s focus as two-fold: raise awareness of the environmental issues that face us, and do something to provide a provable help the environment.

Now, I should caveat this by saying this weekend is my bachelorette, and the weekend after is my wedding. No, I did not think about the fact that I planned my wedding to be the weekend after Fashion Revolution Week and Earth Week, and on the same day as the Climate March until it was far too late and deposits had been paid. My bridesmaids are keeping this weekend a surprise for me. But even if we aren’t out planting trees, I think they know me well enough not to drag me to a steak dinner and then a male strip club. Hopefully. And I’ve been trying to figure out if I can squeeze a visit in to NYC’s sister march, but hair and makeup starts at 10 am, so that’s probably out, too.

So, with that in mind, I won’t be too prescriptive. There are lots of ways to celebrate Earth Day that honor it’s original purpose. Here they are:

I can’t emphasize the importance of this enough. Getting outside into the forest is like self care on steroids. Shown to lower your stress levels, plus prevent those days where you feel broody and like the world is falling apart, taking a walk in the forest has even reached trend status. The Japanese call it “forest bathing,” or shinrin-yoku. It’s different than a hike, in that it emphasizes enjoying the forest’s subtleties instead of charging toward a destination. But I think forest bathing can be incorporated into a hike without telling your friends that you’re going forest bathing. (Unless they’re the kind of people who are really into sound bathing, yoga, and wabi sabi design. Then by all means, use those magic words and tell them it’s a Japanese thing to tempt them out into the forest.)

National Parks also need your support. They’re a leading voice in the resistance, and sheer numbers of Americans pouring in their gates (hopefully) will make politicians think twice about yanking their protected status. Make sure to drop some dollars in the donation bin if it’s around. Or go farther and look for an opportunity to volunteer in your local park.

I admit that I don’t get into nature as much as I should. NYC has a way of pouring obligations and social events into your calendar until it overflows. Last year around this time I decided my honey and I were going to go upstate for a hike, and spent the next month fending off tempting invitations – parties, a weekend at a house in the Hamptons, brunch invitations, blog opportunities – until we made it up there and, deep sigh, it was worth it.

Environmental groups are digging in for a long fight, and their experts – lawyers and scientists especially – need reinforcements. Here are some organizations I recommend:

Greenpeace – This international organization has experience in monitoring and all but personally forcing government and business to do the right thing. They do flashy things – they’re really into banners – but also do the hard work of gathering and disseminating information about environmental culprits, and bringing attention to issues that might have otherwise gone unnoticed. They keep environmental issues in the news.
National Resources Defense Council  –  This NYC-based organization has footholds across the U.S., plus in China. It seeks to influence the government’s three branches in order to reduce global warming, limit pollution, and increase the sustainability of the economy. More crucially, it litigates on behalf of the environment in order to force implementation and enforcement of the Clear Air Act and the Clean Water Act, both of which are under assault from our current administration. Finally, it has programs which try to transform manufacturing into being more sustainable (hence the office in China). this organization is crucial to our environmental policy.
Waterkeeper – This one is close to my heart, as it sprung from the NYC-based Riverkeeper nonprofit, who helped clean up the Hudson River. But the Waterkeeper alliance focuses on clean water all around the world. Find a branch near you, that is litigating on your local body of water on your behalf.
Sierra Club – Founded by the famous conservationist John Muir, the Sierra Club was one of the first large-scale environmental organizations. It lobbies politicians to promote green policies, such as sustainable energy, mitigating global warming, and bringing down coal. It will be crucial in the fight ahead.
EarthJustice – A non-profit environmental law organization, EarthJustice provides pro-bono services to organizations and state and local governments to protect the environment.
Environmental Working Group – The EWC researches and advocates in the areas of toxic chemicals, agricultural subsidies, public lands, and corporate accountability. Their main goal is to protect Americans’ health and the environment.

Grab a paperback deep dive from the library, head to the park, and dig in to the issues of environmentalism. Some books that I recommend for inspiration:

EcoCult has given you a thousand ways to change the little things around you in the past four years. Today, I’m going to focus on the simple, scientifically-proven choices that will drastically lower your carbon footprint with one fell swoop.

Stop eating red meat. Red meat as it is raised in the U.S., and especially beef, requires a huge about of resources, while outputting huge amounts of waste and global warming emissions. The Environmental Working Group estimates that growing livestock feed in the U.S. requires 167 million pounds of pesticides a year, 17 billion pounds of nitrogen fertilizer a year, and 149 million acres of cropland that could otherwise be used to grow a nutritious variety of produce to feed more people. Or that land could even be left to grow wild again – most Amazon deforestation is attributable to cattle ranching. Plus, cows emit a lot of methane, a greenhouse gas more potent than methane. Not to mention that there’s a growing body of evidence that red meat consumption is not good for your health. All these factors add up to beef being a huge part of the footprint of an average American. If you do eat red meat, save it for special occasions, when you have access to grass-fed beef, bison, or lamb raised using regenerative farming techniques on a farm that eschews monoculture and industrial techniques for a holistic farm ecosystem with a variety of crops and animals.

Make a plan for moving to a small home in a livable neighborhood. Another huge part of the average American’s footprint involves their choice of where to live. When you decide what size home to live in, in what neighborhood, you are locking yourself in at a certain level of consumption. A large house in the suburbs with a large Bermuda grass lawn and a homeowners association with strict rules against line drying or an edible garden will mean that you will buy more stuff to fill the house and use more energy to heat and cool it, drive back and forth every day to get to everything you need to live your life, and will waste water and other resources cultivating a useless lawn. If you choose to live in the apartment in the city, that means you will won’t be able to buy a lot of stuff for your apartment, will use fewer resources to heat and cool it, and can use public transportation or walk to get around. Or you could live somewhere in between, in a small house in a small, livable town off of a train line, where you can mostly walk and bike to where you need to go (including a farmer’s market) and have a small edible garden out back. Bonus points if your house is built or retrofitted using sustainable, energy efficient techniques.

Buy less and buy better. Sustainable fashion is one consumer issue in which there’s no U.S. legislation to support, no dedicated nonprofit working on the issues, no way to take power back as a citizen except in your buying habits. Twenty-two percent of a garment’s negative impact on the environment is due to the fact that consumers don’t wear it enough before buying more clothing. So go on a shopping fast. Buy higher quality, timeless items that will last longer and can be sold or donated to be worn by someone else when you’re done with them. Buy only things you will love and cherish.

That’s honestly it. If you are concerned about other consumer choices that affect the environment, I urge you to donate to one of the nonprofits I mentioned, who are working to promulgate systemic change that will help everyone, not just the privileged.

Journalism is crucial to the environmental movement. Several of the books I listed above were a catalyst for broad, systemic change. And they represent a deep dive by journalists into a subject that they have been writing about for newspapers and magazines for some time. In short: those books would not exists without support from the reading public.

Plus, it’s journalists who expose environmental tragedies. They ride along with scientists taking samples, investigate corporate malfeasance, synthesize for the public complex issues, and hold politicians to account.

6. Take a vow to get political.

Politics matter to the environment, if that hasn’t already become clear in the first four months of this year. How you vote, where you contribute money, and whether you go canvassing, work the phone banks, or talk to your family and friends about candidates matters. So make a pledge to follow politics (maybe in one of those publications you subscribed to?), donate to candidates that you respect, and get involved in the political process in the runup to the 2018 midterm elections. Start by signing up for Daily Action, Knock Every Door, and Swing Left for actionable steps you can take to influence the political process.

The Ultimate Guide to Ethical and Sustainable Fashion for Mothers

14 Sustainable and Ethical Fashion Myths That Need to Die