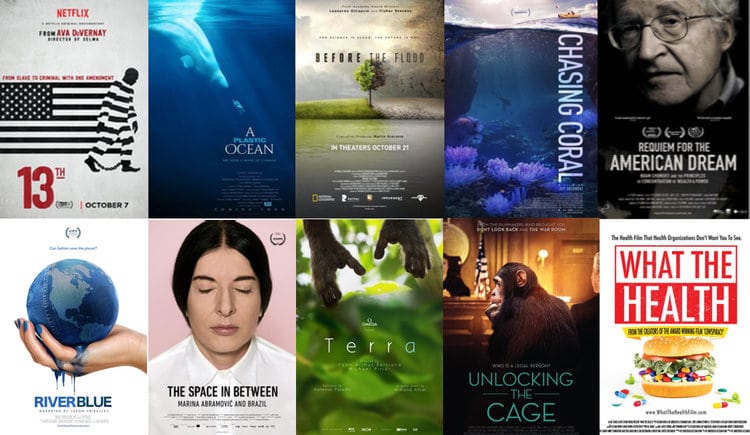 This post was first published on Model for Green Living, a blog that provides practical tips and everyday actions that encourage mindful, sustainable living.

Ranging from climate change and environmental issues; diets and health; social justice and inequality; and spirituality; I hope you enjoy my selection of the top documentaries to watch in 2017. 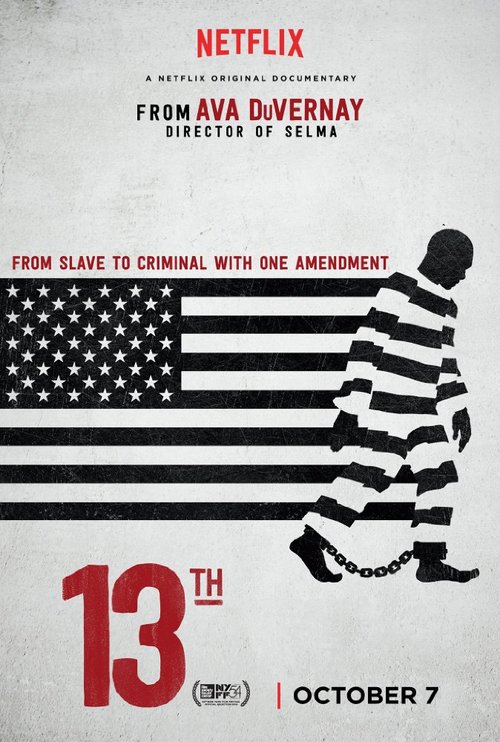 “An in-depth look at the prison system in the United States and how it reveals the nation’s history of racial inequality.”

“The film begins with the idea that 25 percent of the people in the world who are incarcerated are incarcerated in the U.S. Although the U.S. has just 5% of the world’s population. “13th” charts the explosive growth in America’s prison population; in 1970, there were about 200,000 prisoners; today, the prison population is more than 2 million. The documentary touches on chattel slavery; D. W. Griffith’s film “The Birth of a Nation”; Emmett Till; the civil rights movement; the Civil Rights Act of 1964; Richard M. Nixon; and Ronald Reagan’s declaration of the war on drugs and much more.” – Ulf Kjell Gür 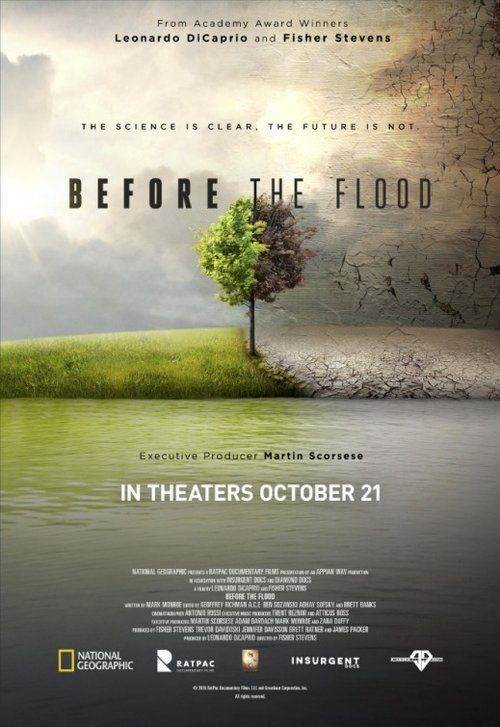 “If you could know the truth about the threat of climate change — would you want to know? Before the Flood, features Leonardo DiCaprio on a journey as a United Nations Messenger of Peace, traveling to five continents and the Arctic to witness climate change firsthand.

Before the Flood presents a riveting account of the dramatic changes now occurring around the world due to climate change, as well as the actions we as individuals and as a society can take to prevent the disruption of life on our planet. Beyond the steps we can take as individuals, the film urges viewers to push their elected officials in supporting the use of alternative energy sources such as solar and wind power.” –Before the Flood

“This documentary shows how interconnected the fate of all humanity is — but also the power we all possess as individuals to build a better future for our planet.” -Leonardo DiCaprio 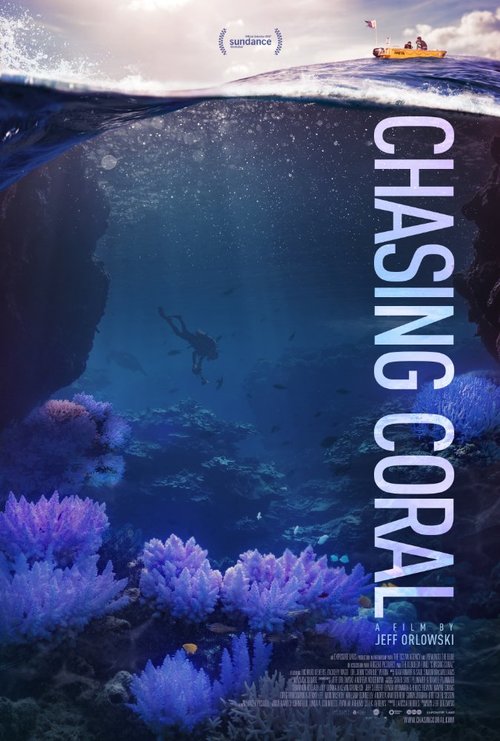 An eyeopening look at the devastation that climate change is having on our oceans due to ocean acidification. “Coral reefs around the world are vanishing at an unprecedented rate. A team of divers, photographers and scientists set out on a thrilling ocean adventure to discover why and to reveal the underwater mystery to the world.”– Chasing Coral.com

“Whether you have spent vacation time snorkeling, watched the National Geographic channel, or even paid a bit of attention during high school science class, you likely have some level of understanding of what a vital ecosystem coral reefs are to Ocean life. Director Jeff Orlowski has a track record of important environmental documentaries with his 2012 Chasing Ice. The film does an excellent job of defining and explaining the importance of coral, and once Zach Rago is introduced, the energy and passion jump significantly. ” –Imbd.com 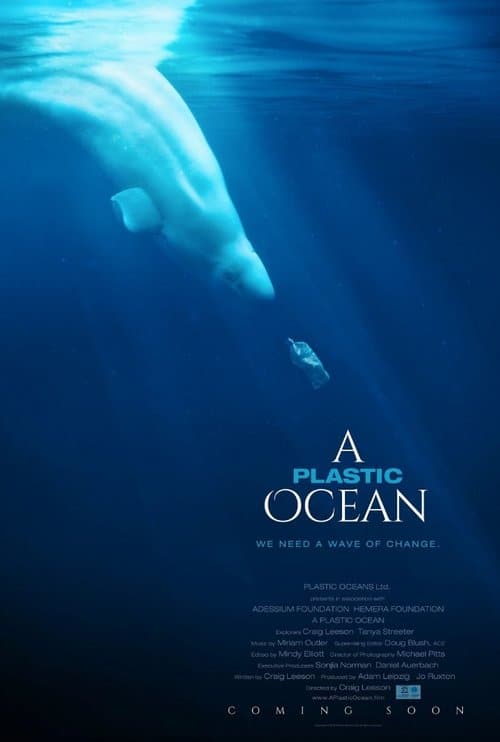 “A Plastic Ocean begins when journalist Craig Leeson, searching for the elusive blue whale, discovers plastic waste in what should be a pristine ocean. In this adventure documentary, Craig teams up with free diver Tanya Streeter and an international team of scientists and researchers, and they travel to twenty locations around the world over the next four years to explore the fragile state of our oceans, uncover alarming truths about plastic pollution, and reveal working solutions that can be put into immediate effect.” –Imbd.com

Requiem for the American Dream 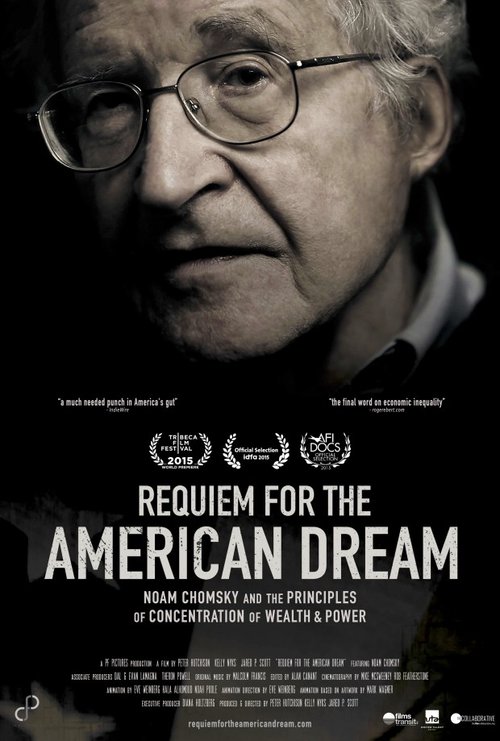 “Requiem For The American Dream is the definitive discourse with Noam Chomsky, on the defining characteristic of our time – the deliberate concentration of wealth and power in the hands of a select few. Through interviews filmed over four years, Chomsky unpacks the principles that have brought us to the crossroads of historically unprecedented inequality – tracing a half century of policies designed to favor the most wealthy at the expense of the majority – while also looking back on his own life of activism and political participation.

Profoundly personal and thought provoking, Chomsky provides penetrating insight into what may well be the lasting legacy of our time – the death of the middle class, and swan song of functioning democracy. A potent reminder that power ultimately rests in the hands of the governed, REQUIEM is required viewing for all who maintain hope in a shared stake in the future.” -Imbd.com

This post was first published on Model for Green Living, a blog that provides practical tips and everyday actions that encourage mindful, sustainable living.