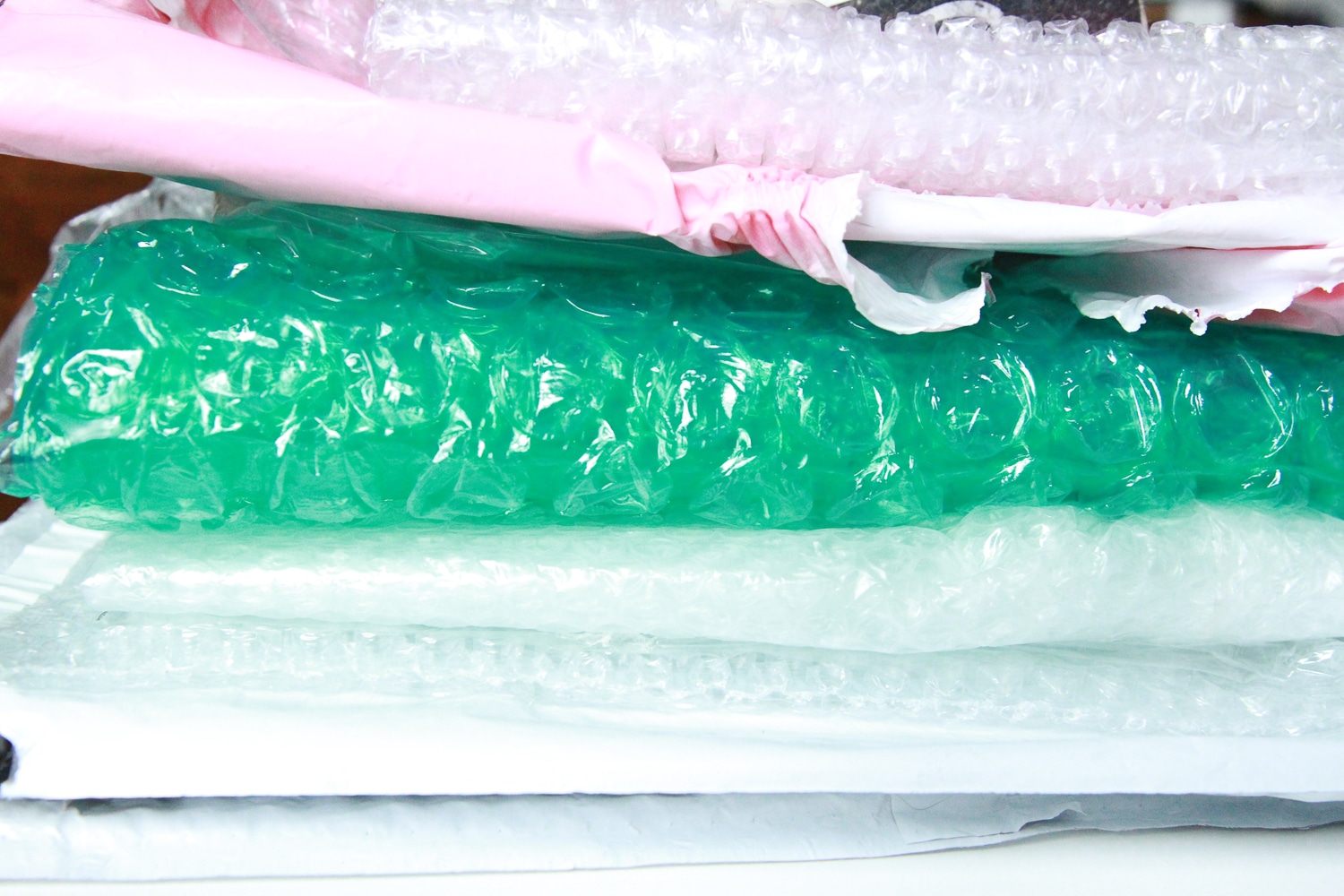 I’ve now completed one whole week of the no-waste challenge. The lesson I’m taking away so far? Going zero waste is partly about preparedness, yes. But it’s more about control over your environment to an emotionally unhealthy degree. It has so many parallels to an eating disorder, but of course without the serious physical health consequences.

Not to trivialize eating disorders, which can be life threatening. But I’m noticing the “skills” you need to lose an unhealthy amount of weight while your friends and family urge you to eat, are the same skills you need to produce no waste when society tries to dump disposables on you at every turn.

You’re constantly giving instructions (“No straw please! Could you make sure to ship that to me in recyclable packaging?”) You’re figuring out what you can get away with without making everyone feel awkward. (Slipping a used napkin into your compost jar). You plan your day around waste (choosing restaurants based on why kind of utensils they use and whether they compost, packing healthy snacks, going hungry if the options available are perfect), and sorting and arranging things like a person with OCD tendencies (folding and stacking packaging, sorting through your refuse). And really, to be completely successful, you would just have to either beg out of a lot of stuff – dinners, drinks, parties, etc – or, refuse to consume anything, while smiling tightly and telling people who inquire that, no, you’re fine. You don’t want a drink, or food. Really, it’s cool.

There’s a constant low-level guilt running underneath all your actions. You beat yourself up for huge failures that to the normal person, seem impossibly trivial. You’re seeking perfection. You turn your nose up at those who don’t have the willpower to be waste-free like you.

The thing is, I tried to have an eating disorder in college, and failed. I attempted through daily binging and purging, extreme calorie control, and various other unhealthy habits to adhere to the unrealistic standards of beauty and worthiness foisted upon me by magazines like Self and the “popular” sororities on campus. I woke up everyday feeling like an utter failure because I had put on 20 pounds, miserable, scheming ways to figure out how to avoid the processed food paid for by my dues and served in the cafeteria and sorority lunch room. I read the memoirs about disordered eating specifically to learn about how women who got down to an unhealthy weight managed to do it, hoping that I could use some of those tricks to get myself down to what I saw as an “ideal” weight of 105 pounds. I looked up to the women who trooped to the bathroom together to purge, who seemed just a little bit too skinny. I even came close to getting kicked out of school, because after I tried and failed to convince the sorority executives and chefs to institute healthier food, I stole the boxes of cookie dough and took them to the food bank. I was desperate. I was accused of having control issues.

But in the end, I like to go with the flow. I hate saying no to invitations and possibilities. I wing it a lot. If something doesn’t go according to plan, well, whatever! I move on. Because of these personality traits, I moved on from that life of self hatred and calorie counting and now I’m healthy. I became healthy by letting go of control a little bit, and not beating myself up for failing to achieve perfection.

But for Zero Waste living, these go-with-the-flow personality traits are getting in the way of my mastering the art of an empty trash can. If I was just better at obsessively focusing on something to the exclusion of relationships and experiences, I would be better at this thing. And I don’t know how I feel about that.

Here are my results this week in detail. (They are not pretty.)

At the end of the week, I had a trashcan full of garbage. (Well, a little trashcan. Our kitchen bin is somewhere between a normal sized kitchen bin, and a bathroom sized bin.)

How did that happen? Well, I’m blame shipping. There are the rare online stores that are super conscious about packaging. Rodale’s comes to mind. But for other retailers and small companies, their first priority seems to be effective packaging, followed by visually appealing packaging, followed by affordability, with sustainability an afterthought.

I knew this no-waste challenge was coming, but I did not think ahead. So when I arrived home from Nashville, it looked like Christmas morning at my desk, where my fiancé had piled all the boxed that arrived while I was gone. I carefully unpacked everything, recycled what I could, and made a neat pile of what I couldn’t:

I didn’t produce really any waste from food during the week. I either ate home – leftovers, granola that I bought in bulk – or at at a sit down restaurant. I did plan ahead to get a smoothie at my favorite smoothie shop, and brought a reusable smoothie cup. They happily poured my smoothie in the cup, but then poured the extra in a little paper cup. I pretended not to see it and left it behind. I need a bigger smoothie cup or mason jar!

Sorry, here comes a humblebrag: I have a really active social life that involves a lot of clubs and bars. And it can be difficult to adhere to the no waste standard when you’re running around in large groups, and trying to yell over the music.

Saturday night, we have an impromptu party at our apartment. I tell everyone that we have plenty of liquor, just bring mixers. We stop at a convenience store, and when my friend walks away from the register with a plastic bag for her liter bottle, I give her a look (she knows better) take the bottle out, and put the bag on the counter. “Sorry! She says. “He moved so fast!” Girl, don’t I know it. I carry the liter bottle the whole 20-minute walk home cradled in my arms.

As people arrive to our apartment over the next hour, Illich passes out glasses and then mugs and later, Susty Party cups. Nobody spills anything, but when that has happened at past parties, I direct the embarrassed party to pull a rag out of the rag jar by the sink, instead of using paper towels.

The next morning there are mugs and bottle and cups everywhere. Also, about four unopened liter bottles of mixers. I pop open the trash can, ready for the worst, but I’m pleasantly surprised.

Wow! My friends know how to recycle! I suppose I could have done what that famous zero-waste mom does, which is gather up waste and make my guests take it with them, to make a point. I put the two big convenience store bags in my Goodwill pile. They’ll hold a lot of stuff for donation.

Weekend Reading: What to Do About Your Sweat Stained Blouse